Geoff Masters: 'It's always a little risky to try to predict the future - but I think in this case, in the area of educational assessment, there are some predictions that we can make with a degree of confidence. And that's partly because we can already see some directions in which we're moving, and some needs within the education system.

One of the features I think of future assessment is that there will be a greater focus on a range of skills, attributes, capabilities if you like, that we don't currently assess. We're doing a pretty good job of assessing things like literacy and numeracy and we have a lot of experience, a lot of history, in assessing discipline-based outcomes, knowledge, skills, understandings.

But one feature of the future, I think, is that there will be a greater focus on the assessment of what are sometimes called new metrics, or 21st Century skills, general capabilities, cross-curricular competencies. Things like the ability to work as a member of a team, the ability to solve problems, the ability to innovate or create, the ability to use technology...

... It's inevitable I think that we are going to see technology, new technologies, a range of technologies that we can't even imagine yet perhaps, being used as an integral part of assessment. And we can see this starting to happen already, in a simple way - we're taking what have been pen and paper assessments and starting to deliver them on computers - but of course the potential is much, much greater than that.

We can actually use technology to significantly transform the way we assess, the way we think about assessment, the way we gather evidence, including in interactive learning environments ...

One of the leaders in that field is Professor Val Shute, of Florida State University. She began her keynote by talking about the current approach to assessment and its drawbacks.

Val Shute: Our current way of conducting assessment is pretty closed up. By that I mean it's not transparent and it's not very open, and it's certainly divorced from student learning, where a typical cycle in a classroom is - you teach some stuff, you stop, you test some stuff and then you go with new content. But I believe assessment should be open and transparent and gently surround the student, or the groups of students learning together.

DM: Professor Shute also touched on the definition of 21st Century competencies, explaining that the reason that it's important to be thinking outside of the box is because the world has changed in the last 100 years and education has not.

VS: A hundred years ago, if a kid learned their '3Rs' (reading, writing and arithmetic) they were considered to be sufficiently literate, because the goal back then was to prepare kids for production jobs. But, today's kids need a whole new set of skills in addition to the basic reading, writing and arithmetic skills in order to be successful citizens of this interconnected world that we live in. For example, when we're faced with a complex problem, we have to be able to think creatively, critically and systemically, and communicate effectively and engage in teamwork.

... So, I think we need to rethink assessment, and my position is - why not use games as vehicles to assess and support some of these competencies that I've been talking about?

DM: The academic then went on to talk about the core elements of good games and the link to education.

Good games provide specific goals and rules - this lets the player know what to do, when, and how. They offer adaptive challenges - this is the balance between a player's ability and the difficulty of the current level that they're on. And good games kind of hover at the very outer edges of do ability, and that's in line with Vygotsky's Zone of Proximal Development.

[Good games] they offer control to the player, typically in the environment of different aspects of the game. They offer ongoing feedback, so you know at any point in time how well you're doing - which is really important for learning. And they provide sensory stimuli to titillate the senses, things like the graphics and the audio and perhaps the narrative.

DM: From online to out in the field - and what a vast area it is that's covered by India's Annual Status of Education Report. The country has more than 600 districts, and between 1000 and 2000 schools in each district. Keynote speaker Dr Rukmini Banerji shared with delegates how a phone call from the head of one of the districts led to the creation of the annual study to assess children's literacy and numeracy.

Rukmini Banerji: At the time the state was focusing very heavily on ensuring children's attendance in school, and they were doing all kinds of things to make sure the children came to school. And he had tried quite hard to make sure that this happens, and he felt he was stuck. And so he was calling me to see if others had good ideas about what to do about getting more children to come to school more regularly.

So, in his district at the time, enrolment levels were quite high - almost every child's name was registered on the school records. The government gave many incentives for children to attend ... free textbooks, free lunch in school, uniforms and in fact this is one of the governments that, in an attempt to encourage girls to continue in school, has started giving bicycles to girls if you finish eight years of schooling.

Because they were trying to raise attendance, the entire educational bureaucracy was also out there, kind of monitoring and making sure teachers were there and so on. But despite these efforts, they couldn't push the attendance levels higher than 70 per cent. ...

... So when he spoke to me, one of the things that I said [was]: 'Have you thought about looking at what children are learning?' Now, this may seem to you as a strange thing to ask somebody who is working in education. But, as a country with very large numbers of children we have been concerned for the last 20 years about getting children to school, building schools, getting teachers in place, organising all the inputs that go into education. And a large part of our focus, both as parents as well as policy makers, has been in getting schools up and going, and ensuring that everybody has access to a school. And so sometimes in that whole process, we sometimes forget why is it that we want our children to go to school in the first place.

So, when I raised this issue of learning there was a bit of consternation around [it] because the assumption was that if you go to school you learn. And once you've solved the problem of going to school, now you're all set on path of educational progress. Millennium development goals around the world say that the goal to strive for is to make sure that all the children go to school and that must assume that then all the other good things will follow.

So, when I said this, I could hear a bit of silence on the other end of the phone and he said 'we haven't done that, but we'll look into it ...'

DM: ACER Research Conference keynote Dr Rukmini Banerji there, explaining how the Annual Status of Education Report in India began with a phone conversation about attendance.

That's all from this special episode of The Research Files. To find out more about this year's Research Conference visit www.acer.edu.au/rc

Visit ACER's Centre for Assessment Reform and Innovation for more information about initiatives to lead new thinking, metrics, technologies and assessment resources and how to get involved in the Rolling Summit. 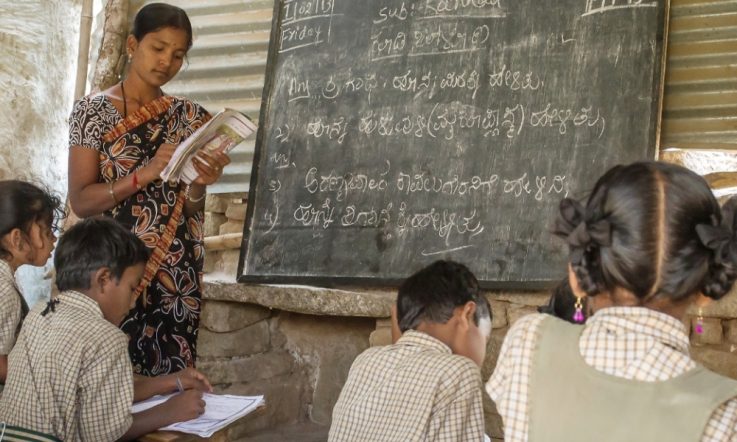