Participation in physical activity is important for all students. However, common school sports such as football, volleyball and soccer can sideline students who aren’t interested in or passionate about traditional team sports.

In a report recently published by the Commissioner for Children and Young People, it was found that ‘the most important factors for children and young people when deciding whether to play sport or not include how fun, inclusive and positive the sport is.’

The origins of Swords Club

Swords Club was initiated by McKenzie through taking elements of HEMA (Historical European Martial Arts) and adapting them to the school setting. In the 1990s, HEMA was born out of the researching of manuscripts explaining the proper use of swords such as those used in Olympic fencing, like double-handed long swords, rapiers and bucklers.

‘HEMA is about the traditional manuscripts, so what I teach isn’t technically HEMA,’ McKenzie explains to Teacher. ‘I’m not getting the kids to sit down with the treaties from the Middle Ages and actually unpack it, I’m sort of doing a modern version of that, so I just call it Sword Club.

‘Because we’re not just about dressing up, we’re about wearing modern fencing armour that you might see in the Olympics fencing, but with traditional weapons.’

Swords Club originally began before the Wurun Senior Campus opened, when McKenzie taught in the Junior School at Fitzroy High School. ‘I was looking around at the kids at school and going, this is our people: inner city Melbourne kids, they’re playing computer games, a lot of them are sitting around, they don’t want to be in the local Auskick club, and they don’t play basketball,’ he says.

When McKenzie was presented with the option to run an elective at the school back in 2015, he put in a proposal for ‘Swords’ with the anticipation of running the subject for a semester with a few interested students. Instead, the subject took off beyond his expectations.

The success of Swords as an elective in the junior years led McKenzie to recognise the impact it could have for senior school students too.

Wurun Senior Campus where McKenzie now teaches, is a new school in Clifton Hill for Year 11 and 12 students. It is a shared campus for Collingwood College and Fitzroy High School and has 450 students completing VCE and VCAL (Victorian Certificate of Applied Learning). McKenzie explains that being a senior school campus, a lot of the students saw school in a similar way to university, and weren’t engaging in physical activity as part of the school day.

‘… there’s a lot of kids that come in, sit down, go to class and go home,’ he says. ‘So for us, it was quite important to try to run something that got kids moving as part of their day.

‘When it was at the junior school, I’d run it with about 20 at a time. Now that it’s at the VCE campus, I run it as a lunch time club, and today for instance I had around 18 kids turn up and I have about a dozen that come regularly, with about another dozen that come in as their timetable allows.’

Offering students the opportunity to reconnect with physical activity

Many teachers will be familiar with the tendency for certain students to be labelled as ‘sporty’, while others who are less-engaged in team sports are not. Research shows this labelling can dissuade students from engaging in physical activity altogether, particularly when alternative forms of physical activity are not on offer (Connolly, H., 2022).

‘What [Swords Club] does for them here, is that it gives them that connection with their bodies again. And any martial arts does this. It makes kids aware again of how they move,’ McKenzie says, recalling 2 female students who had come into the Club at lunch time and joined in for their first try with gusto.

‘And that’s the beautiful thing, that as soon as you have that passion and you realise that you’ve tapped into that part of yourself that you probably didn’t even know was in there – that sense of intensity… A sword fight is not like anything else. There’s that adrenaline rush, a sense of focus that you get, and when you’ve tapped into that, then they can learn some ways of doing it even better.

‘And that’s the real key here (that it sounds liberating). That these kids have just come from an English … or a Maths test and they just need to blow off some steam. And sitting around on their phones just isn’t cutting it.’

McKenzie explains that many of the students who joined the Swords Club in senior school are the same students he taught in the elective in junior school, and that the social connections the students have established have even gone beyond the school context.

‘Not only do they make friends in the club, a lot of them go on to train outside of school in one of the local clubs as well. And it’s a very important part of their life,’ he says.

Besides social engagement, the club has also had a significant impact on attendance rates for students.

‘I had kids who were essentially at risk of dropping out, and this isn’t just one or 2 kids I’m talking about,’ says McKenzie. ‘This has happened about a dozen times that I can count, where someone’s basically said that being part of the Swords Club or the Swords class was the thing that kept them at school.’

Physical activity as an equaliser

Often, the historical gendering of certain sports, including the practicality of gendered school uniforms can pull students away from engaging in physical activity. Another negative factor for many students can be the complexity of rules and the prerequisite of physical ability (Connolly, H., 2022).

For students to participate in Swords Club, they are offered genderless protective gear and are encouraged to wear something they are comfortable in. ‘I have a big class set of protective gloves and helmets, as well as the sword itself,’ McKenzie explains. ‘So as long as kids are wearing something loose-fitting (but, honestly they can come dressed in whatever they want) they can start.’

‘And in terms of inclusivity, you don’t need any experience to be able to pick up a sword. There’s something very instinctive about it… Because it’s not about how big you are or strong you are … all that size difference is out and they just go. And seeing that, I think that’s just such an amazing thing.’

Connolly, H. (2022). More Than a Game: What do children and young people think about sport? South Australian Commissioner for Children and Young People. https://www.ccyp.com.au/wp-content/uploads/2022/07/More-Than-a-Game-What-do-children-and-young-people-think-about-sport.pdf

Think about what sports are on offer (and which sports are celebrated) in your school setting. Are there students who are feeling disengaged with the sports on offer? Is there capacity for the school to introduce non-traditional sports into the curriculum or to establish extra-curricular opportunities for students to be physically active? 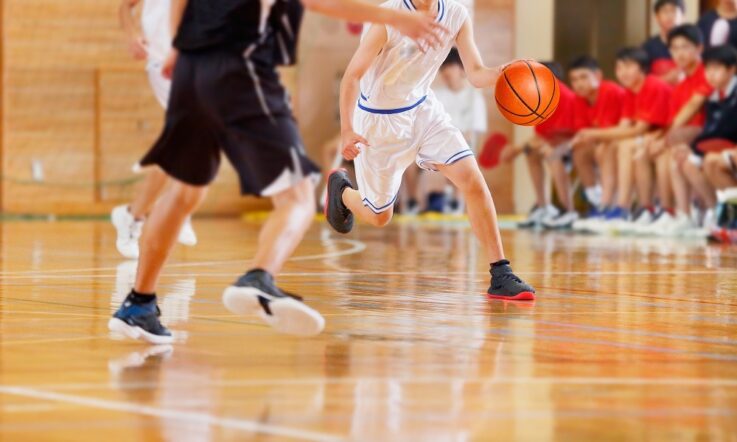 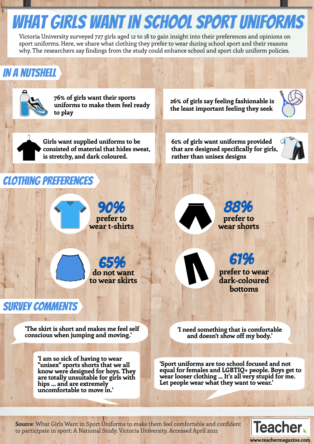