How well do grades convey student attainment and progress?

A national survey of parents of Kindergarten to Year 8 students in the United States found that 90 per cent of parents believe their child is performing at or above year-level expectations (Hubbard, 2019). In reality, according to the US National Assessment of Educational Progress, the figure is closer to 37 per cent (National Center for Education Statistics, 2017).

The same survey found that almost all parents base this belief on school reports, which they overwhelmingly accept as accurate indicators of how well their children are performing. And while 90 per cent of American parents believe their child is on track in their learning, only 39 per cent of teachers say students begin each school year ready for the year’s curriculum (Hubbard, 2019).

These findings raise interesting questions. Why is there such a mismatch between parents’ beliefs and students’ performances? Are American parents being lulled into a false sense of security by the information schools provide? Why are reported grades not better indicators of where students are in their learning? And to what extent would these observations also hold in other countries?

Clearly, the reports US students receive lead many parents to believe their children are doing better than they are. Part of the explanation is no doubt ‘grade inflation’ – a tendency over time to award more A’s and B’s and fewer low grades – which itself can be the result of using grades to reward effort rather than achievement. For example, teachers may believe that students who conscientiously complete most class work deserve something better than a ‘C’ (which is often interpreted as minimally satisfactory). Forty-eight per cent of US teachers say the grades they give reflect effort more than achievement (Hubbard, 2019).

But even if awarded solely for achievement, grades are poor indicators of where students are in their long-term learning progress. This is because grades are always specific to a particular piece of work or a particular course of learning. They are ratings of how students performed on a defined and limited body of curriculum content. This is illustrated by the following grade descriptions developed recently for teacher use in the Canadian province of British Columbia.

All four grades relate to a body of ‘expected learning’, such as a particular year-level curriculum, and provide teachers with a scale for rating students’ understandings of that content – ‘initial’, ‘partial’, ‘complete’, ‘sophisticated’. Whether or not grades are accompanied by descriptive interpretations, they are always ratings of students’ performances on a specific activity or body of taught content.

Several consequences follow from this observation. First, grades identify every student as successfully demonstrating at least some of the body of expected learning, with some students demonstrating more than others. (This is true even of students who do not demonstrate enough to be awarded a ‘passing’ grade.)

Positively worded grade descriptions like those above make this explicit and are sometimes described as reflecting a ‘strength-based’ approach to reporting. But whether described or not, for the vast majority of students, grades indicate a level of success on year-level learning expectations, leaving parents to infer that their children are generally on track and ready for the next year’s curriculum. As the authors of the US parent survey observe:

Report cards are the primary source of information for parents and, in isolation, they are telling parents that everything is essentially fine, which is not sending families the signal they need to do anything differently (Hubbard & Rose, 2020, p.14).

Second, grades rarely provide detail that parents can use to support their children’s learning. This is because grades do not indicate the points individuals have reached in their long-term progress. Instead, they are performance ratings on year-level expectations and, as such, often leave parents unclear about their substantive meaning (for example, the distinction between ‘Developing’ and ‘Emerging’, or between ‘C’ and ‘D’).

A more useful report might identify the stages individuals have reached in their learning; explain what this means in terms of their current levels of knowledge, understanding and skill; and make suggestions for appropriate next steps in each student’s learning and what parents might do to assist.

Third, grades are incapable of revealing growth over time. Again, this is because grades are specific to each year’s curriculum. A student can receive the same grade (such as ‘D’ or ‘Emerging’) year after year, failing to reveal the absolute progress they are making and potentially labelling them as a particular kind of learner – for example, a ‘D-student’. Grades do not assist parents to see and monitor their children’s growth in an area of learning across the years of school.

At the same time, they deny parents more general information about rates of progress. Other recent American research reveals substantial between-school differences in average rates of student growth – suggesting differences in school effectiveness that are likely to be of interest to parents, but that grades are incapable of revealing (Atteberry & McEachin, 2020).

Today’s grades were developed as part of a particular approach to schooling that emerged with universal participation, large classes and the desire to treat all students equally. Under this approach, all students move along the same curriculum ‘conveyor belt’ at the same pace; are delivered the same year-level curriculum at the same time; and are then graded for performance before all moving to the next year’s curriculum. On production lines, the grading of products is a common feature of the production process.

The problem is that learning is not like this. Instead, it is a continuous, ongoing process. Grades are based on an assumption that students make a fresh start in their learning every year – that all commence on an equal footing and that the grades they receive reflect only their efforts and achievements during that particular year. This is almost always wrong. Students begin each year at widely different points in their long-term progress; in many countries, the most advanced students are six or more years of learning ahead of the least advanced.

And these very different starting points strongly influence the grades they receive. The production line approach and its associated grading processes might be appropriate if each year’s curriculum were unrelated to any other year’s curriculum. But in schools, this is almost never the case.

Parents deserve better information about where their children are in their learning. This information should:

If parents are to be effective partners in their children’s learning, they require accurate and usable information about the stages individuals have reached in their learning, and about the kinds of stretch challenges likely to promote further growth. By themselves, grades provide neither.

Hubbard, B. (2019). The Case for an Accurate Picture: Parent Mindsets on Education–Trends from 2016-2019. Learning Heroes. https://bealearninghero.org/research/ 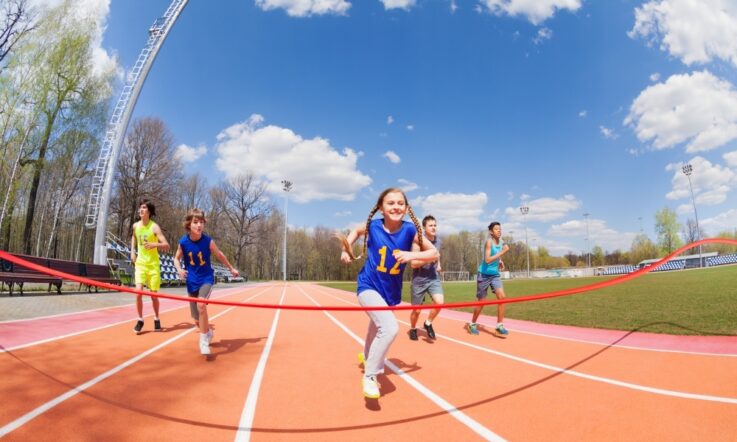 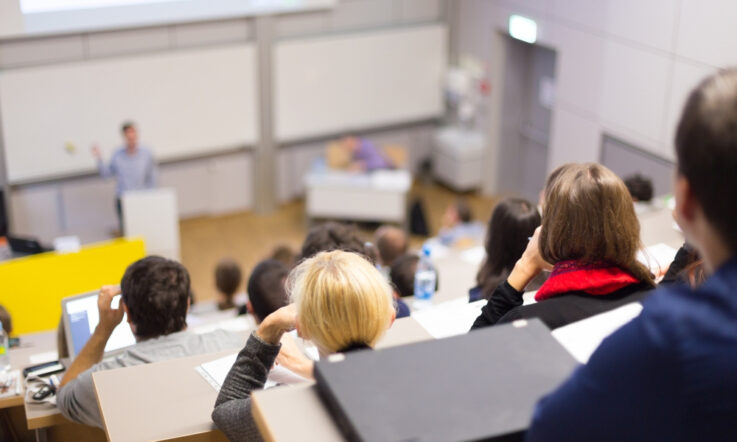 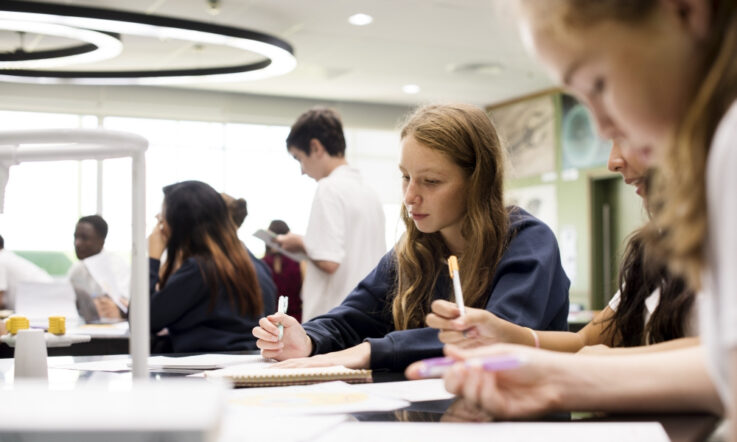 Towards a new curriculum