Professor Chris Matthews is the Chair of the Aboriginal and Torres Strait Islander Mathematics Alliance (ATSIMA). He has a PhD in Applied Mathematics and is also a senior curriculum officer for the Australian Curriculum, Assessment and Reporting Authority (ACARA).

In this article – the first of two – he explores the foundation of mathematics from an Indigenous perspective and discusses the concept of two-ways learning to achieve meaningful education outcomes for Indigenous students. The next article will take a closer look at Mathematics education at Yirrkala School in North East Arnhem Land.

To see and understand an Indigenous perspective of mathematics, you must accept the premise that mathematics is intrinsically connected to culture and, consequently, has many different cultural expressions.

A common perception is that mathematics, as well as science, is objective (i.e. culture and value free). Objectivity is often seen as the foundation of mathematics and science because it is believed that it leads to absolute facts and truths. However, I would contend that all knowledge systems are bound by culture, including mathematics, and once its subjectivity is embraced there is a much richer, diverse knowledge system to engage with and understand.

I would also argue that embracing the diversity of mathematics will lead to an education that provides a much deeper understanding and allows students to personally connect with the subject area.

But first, we must debunk a long-held myth that Indigenous people had no concept of number. This myth was first perpetuated by early anthropologists in Australia who were, in their minds, studying the most primitive people on the planet. So when they were confronted with a language that only had two words for number, the equivalent word for one and two, and then used these words to construct numbers for three (one two) and four (two two), they believed they were witnessing a primitive, prehistoric number system that had no capacity beyond small numbers. This reinforced their assumptions that indeed Indigenous people where primitive and allowed the perpetuation of Darwinian ideas of a ‘dying race' which would be replaced by a more advanced British society: Terra Nullius in action.

What many anthropologists failed to investigate was whether Indigenous people had language around ‘groups' that was used in conjunction with their words for number. If they did, they would have found a different story. Harris (1982, 1990) wrote papers that presented evidence that Indigenous people had a number system. As an example, Table 4 from Harris (1982, p.170-172) outlines the number system from North East Arnhem Land that clearly shows a base 5 number system.

Despite the efforts of researchers like Harris, the myth of Indigenous people having no understanding of number and, by extension no form of mathematics, persists today. In response to a call for an Indigenous perspective in the National Curriculum for mathematics, Deakin wrote an article in the Australian Mathematical Societies' Gazette that stated:

‘Attempts to discover an Indigenous Mathematics are undoubtedly well-intentioned, but ultimately ill-directed. It is neither useful nor beneficent to bestow on aspects of Aboriginal and Islander cultures a significance that they do not, in fact, possess.' (Deakin, 2010, p. 233)

‘… my goal is to draw out the need for new education and research paradigms that may seek to explore the complexity of assimilationist education. This proposition may be construed negatively but I contest this. By its nature, Western education should be considered to be assimilationist. It represents particular worldviews that are incongruent with many Aboriginal cultures. Coming to learn school mathematics requires a conscious effort to take on board the knowledge structures of Western thinking and rationalism.' (Jorgensen, 2010, p. 28)

The first person to talk about connecting mathematics with Aboriginal knowledge was Dr M Yunupiŋu, who was the first Yolŋu principal at Yirrkala School, North East Arnhem land and more well known as the lead singer of the band Yothu Yindi. As principal, Dr Yunupiŋu set a vision that all students will have an education in both Yolŋu and Western Knowledge. To achieve this, a curriculum was developed that taught both knowledge systems with a focus on the connections between the two. We refer to this now as two-ways learning.

In the development of the curriculum, Dr Yunupiŋu stated that the closest connection between Western and Yolŋu knowledge systems is mathematics. He also stated that Yolŋu mathematics is Gurruṯu. The English translation of Gurruṯu is kinship, but Gurruṯu is much bigger than this and an explanation of the complexity of Gurruṯu is beyond the scope of this article. However, the second part of this article will explore this in more depth to draw out this connection and how it could work to improve mathematics education for Indigenous students.

ATSIMA are holding their biennial conference in Yirrkala Community, North East Arnhem Land, 27–29 July 2020. The theme is ‘Nhe waŋana' ‘Nhe djämamirriyaŋana ‘Speak it' ‘You Create it'.

Deakin, M. (2010). Aboriginal and Islander mathematics: Comments on one aspect of the proposed National Curriculum. Gazette of the Australian Mathematical Society, 37(4): pp. 233 – 237.

Harris, J. (1990). Counting: What we can learn from white myths about Aboriginal numbers, Australian Journal of Early Childhood, 15 (1). 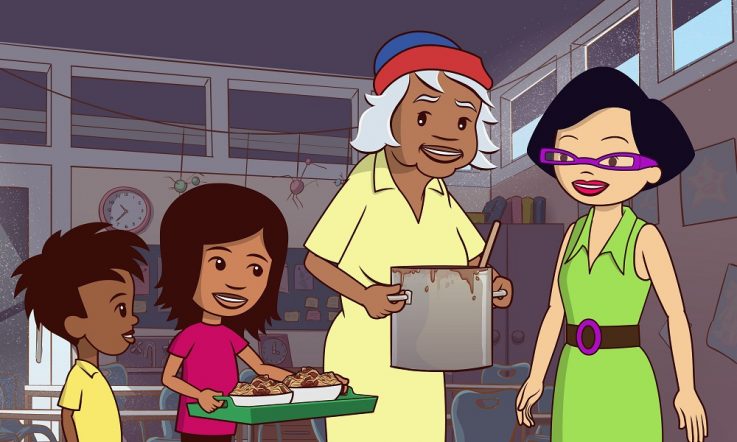