Little J & Big Cuz is an animated children's series that follows two Aboriginal children who live with their nanna and lovable dog. The 13 episodes explore the unfamiliar world of school and how, with the help of their teacher Miss Chen, Little J and Big Cuz navigate their first years of school life. In this regular blog, Miss Chen will be sharing some of the F-2 resources she's been using in her classroom, which are all available to download for free via the Little J & Big Cuz website.

Hi, my name is Miss Chen and I am a primary school teacher. Teaching is one of my greatest passions in life. In fact, my goal is to have my students enjoy school as much as I do! I'm the only teacher in my school so I have to work hard to ensure my F-2 program is dynamic and based around the children's interests.

While my father was born in South East Asia, my mother's family have been in Australia for generations. My mum taught me a lot about the land and the importance of Aboriginal culture but I still have lots to learn, which is why I love working closely with Indigenous elders and other families in my community.

On this blog I'll be sharing some of the exciting resources I've been using in my classroom that are all free to download on the Little J & Big Cuz educator resource page.

In today's activity, we learned about Australian native animals.

It all began when one student brought in an orphaned joey for show-and-tell. The other youngsters had so many questions about how to care for a baby animal, and how a joey grows up to be a kangaroo.

To foster this curiosity, I had the students participate in a game I call ‘Who do I belong to?'

I started by pairing up the students and assigning each pair to a different animal species. After the students were given an image of their particular animal, I asked them to identify the parent animal of their species by looking at a range of images I had displayed at the front of the classroom.

Then, by observing an image of the baby animal and their parent animal, the students identified the differences and similarities in their features. They also discussed with their partners why they think these differences exist.

Each pair of students then directed a quick game of ‘Guess Who?' for the rest of the class by listing the features of their assigned animal one by one. For example, the students who were assigned the wombat began their game of Guess Who? by telling the class ‘I'm round and furry'. By listening to the features, the other students were able to guess the identity of the animal. This extended their knowledge from the animal they were assigned to, to a whole range of native animals.

Finally, we ended the activity with a Card Match game. The students were already familiar with this game, so were excited to match the image of a baby animal with their parent. This helped ensure they understood which baby animal belongs to which parent animal.

Towards the end of the school day, some students were still asking questions about the joey from show-and-tell and what to do if they come across a joey who has been separated from its mob.

We spoke about the importance of the pouch for a joey and then using an old pillowcase I had brought to class, demonstrated how to make a simple pouch that a human can use while taking care of an orphaned joey. We also discussed how this pouch could be used for other native baby animals including a possum, or an echidna, a wombat or even a koala because all of these animals live in their mothers' pouches as well. Each student then had a turn at carrying a stuffed animal in our pouch.

The resource mentioned in this blog post is directly related to Little J & Big Cuz Episode 7 ‘Hopalong’. It is recommended that your students view the episode before engaging in the activities listed in the resource. 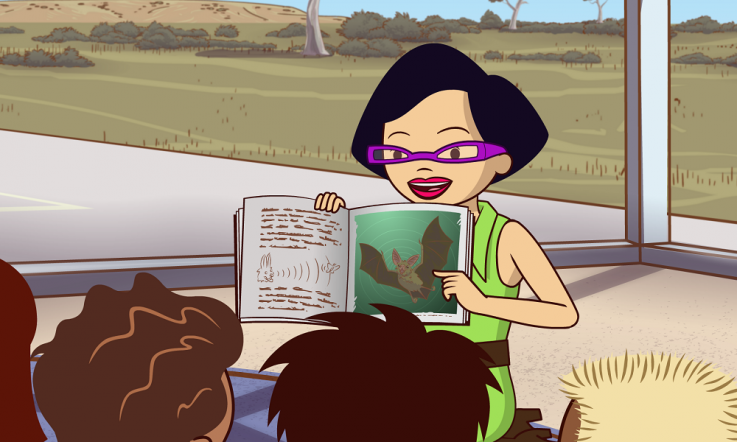 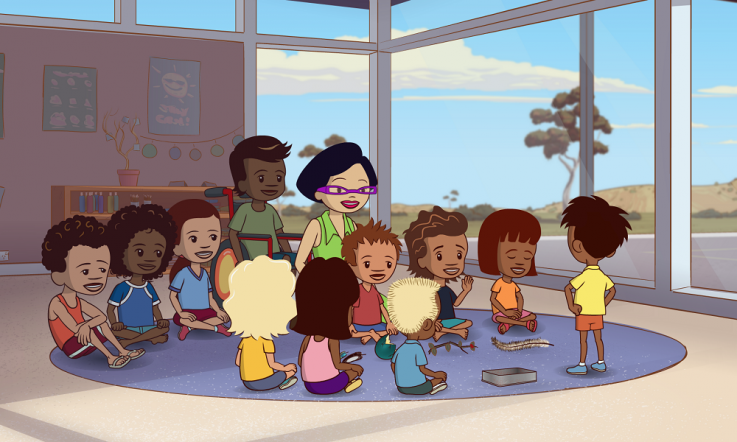