In the new book I'm the Principal, authors Stephen Dinham, Kerry Elliott, Louisa Rennie and Helen Stokes use the Australian Professional Standard for Principals as a framework to consider key aspects and contributors to principal learning, action, influence and identity. I'm the Principal is a record of the study of the work of the principal today, containing first-hand comments drawn from interviews with 50 practising principals from the various sectors and levels of Australian school education. In this extract for Teacher readers, the authors are exploring what it means to be a principal and the stressors they face.

While repeated references were made to the complexity, the demands and the pressures of being a principal, there was almost universal agreement as to its rewards. At the heart of this was a sense of moral purpose – that education makes a difference to individuals and communities now and in the future. Many interviewees also expressed having a moral purpose when they explained their motivations for becoming a principal. Being a principal was described as:

‘One of the most meaningful roles a person can have in their life because they can make such a difference. They can make a difference for the children, the staff and the parents. It is such an influential role. It's a very important role and it is about that future – do you know together we create the future?' (Female, government, primary, metropolitan, QLD)

‘I think many people can be turned off being a principal because of what they hear in the media and what they hear just from their colleagues, and that's why I think it's important to know, “Why am I doing it and why would I want to do it?” It's absolutely satisfying, but you almost need to talk to the right people to hear that. I think the right people are the people who know why they went into it and why they enjoy it whilst they're in it.' (Female, government, early childhood, metropolitan, ACT)

Repeated references were made by the principals to the role being ‘a privilege'. Overall, the principalship was variously described as a rewarding, challenging, valuable, enjoyable, complex, fulfilling and demanding role.

There was a recognition and belief that the rewards of the job ultimately outweighed its negatives. Comments from the principals included:

‘There are the clichés. It is the best job in the world and some of the worst days imaginable. I think it is the most rewarding job you could ever do because there are so many elements to it, if you look at the complexity as a joy rather than a negative. You never stop learning in the job, so it is quite invigorating, and paradoxically, because you are learning all the time and you are a public figure, it is tiring.' (Male, independent, P–12, metro, VIC)

‘I love the job and the potential to have a fundamental effect on future generations.' (Male, government, secondary, metropolitan, WA)

‘There is no greater joy that an educator can have and no one does that for pay.' (Male, independent, secondary, metropolitan, SA)

‘Not as bad as it might seem often – huge joy, satisfaction in seeing success by kids and teachers – an honour, something worthy of respect.' (Female, Catholic, P–12, provincial, SA)

There was, however, considerable concern over the pressures of the work that could, at times, outweigh the rewards of being a principal. There was a constant balancing act between managing accountability across the system, the community, the school, the parents and the students. Comments included:

‘At the times when the job is at the optimum level of enjoyment, I don't believe you could get a better job. You are seeing growth of children right through to adulthood. At the other end … it is a complex position where you can be caught between system, school and family expectations, and at times they don't align.' (Male, government, primary, metropolitan, VIC)

‘I think it's a much-maligned job. I think it's a fantastic job. Being a principal is an amazing privilege. It's an opportunity to make a difference, but the current demands of society are really putting pressure on the role because everyone's been to school, everyone's an expert, everyone's got an opinion and so the supports that I think the principals require are different to what they had in the past.' (Female, government, primary & pre-primary, metropolitan, NT)

A number of principals spoke of the complexity of their work that includes many different stakeholders and increasing societal expectations. Comments included:

‘The complexity of managing a people organisation; kids are not the issue, it is managing the staff and the parents.' (Male, government, secondary, provincial, NSW)

‘I think also, it's fair to say, that a lot of people have got expectations which are absolutely ridiculous of what a school can and can't achieve, and of what teachers can and can't do, and they only listen to one side of the equation.' (Male, government, primary, metropolitan, VIC)

Other stressors from being the principal

Pervasiveness of the job

The pervasiveness of the job in the principal's life was described by many:

‘The need to realise beforehand that it is more than a full-time job; it will take priority over family time, and so the principal needs to develop [the] ability to put the brake on – [it] can be really tricky … If you're highly visible, it appears that you were just wandering around and being nice to people, which is the best part of the job, but you know if you prioritise that, and it is really important, you know you end up spending all of your other time doing all of the bits and pieces that are just there. You are the principal 24 hours a day, seven days a week.' (Female, government, primary, metropolitan, NSW)

‘It's … a 24/7 job; you're always a principal and always on the job. People will see you down the street or the pub. I don't go there because I don't want to be targeted and I want my own private life. As a principal or teacher, people think they own you.' (Male, government, secondary, provincial, NSW)

‘It is the most wonderful job. It is rewarding watching kids grow but [there are] always two sides – lifestyle rather than career. Being principal is 24/7.' (Female, government, primary, metropolitan, VIC)

‘A real privilege – but [you] need to be able to let it go, balance [and] leave it behind when you go home. Turn off email at [the] weekend.' (Male, government, primary, metropolitan, VIC)

‘I wish that I'd known that it's important to really have another part of your life that you give to as you give time to being a principal because I haven't and many of my colleagues tell me that they haven't either.' (Female, government, early childhood, metropolitan, ACT)

Some principals described the loneliness of the role:

‘You are left in a situation where the buck really does stop with you, from a school level up and system down. When I ask for help, it is usually that it is up to me; it is quite lonely and intimidating.' (Female, government, primary, metropolitan, WA)

‘Loneliness of the job. You have your colleagues and peers to talk to, but, at the end of the day, a lot of pressure sits with you.' (Male, government, secondary, provincial, NSW)

‘It can be lonely, and you're certainly not in the job to make friends. You're there to make the best school and the best local community that you can, and the pressures that come with that can be extremely overwhelming from time to time.' (Female, government, early childhood, metropolitan, ACT)

A few principals reflected that there was a general lack of role recognition of what they do.

‘I wish the community acknowledged appropriately and respected the role far more than they currently do. I wish parents would know and understand that we're all on the same side, that there are no enemies, and that sometimes a principal has to make tough decisions, or they have to speak to their child, or they have to do things for compliance reasons that can't be undone or explained.' (Female, government, primary, provincial, NSW)

Some principals outlined the lack of system support:

‘There are a lot of principals who struggle with that, and it's really taking a toll on their mental health because there hasn't been a lot of, I guess, support and professional learning for that coming in … There are a lot of principal colleagues who are just treading water now hoping for the retirement age to come around.' (Female, government, primary, metropolitan, NSW)

‘Constant challenges to your authority – it is not about whatever I say goes, you are always second-guessing yourself: Am I going to be supported here? If I make this decision, what are the consequences? Whatever I do I have to think, Is someone going to appeal this? We are not treated as experts in our field. Anyone who has been to school is an expert. I wish I'd known. It took me a while to learn this. Your back is not necessarily covered and the support you think you are going to get in a larger system, doesn't necessarily exist. They often don't back you or support you, even when you are doing the right thing.' (Male, government, secondary, provincial, NSW)

Managing resources and not having enough of these was discussed:

‘Not having the resources you need for what kids need ... I think … a great many of us in the state system are deeply concerned with the continuing residualisation of our system.' (Male, government, secondary, provincial, VIC)

‘Being principal is more like running a company than a classroom. You have to make that adjustment out of the classroom into the boardroom. Underpaid in that regard. The finance and staffing is really something you would do if you were the head of McDonalds. It is not school or education related. There is talk about autonomy, but the more you talk about it, the more things tighten up.' (Male, government, secondary, metropolitan, ACT)

I’m the Principal, by Stephen Dinham, Kerry Elliott, Louisa Rennie and Helen Stokes, is published by ACER Press and available to preorder via this link. It will be available from 17 July, 2018. 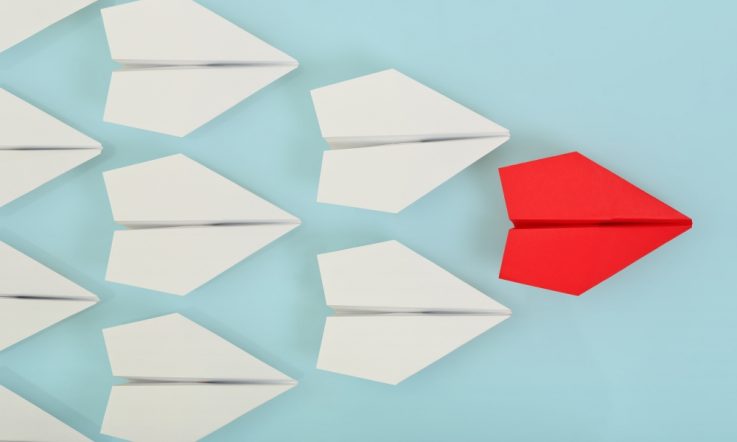