Issues with school attendance at South Coast Baptist College (SCBC) are followed up early and consistently by teachers at the West Australian school. This all forms part of their school-wide approach to wellbeing.

SCBC Deputy Head Primary – Wellbeing, Jon Lituri, says examination of data and action on attendance was one of the school's targeted early interventions. They also form part of the bigger picture for health and wellbeing at the school.

‘At the moment I do have the attendance list on my desk,' he tells Teacher. ‘Here and there are a couple of students and families that I will be following up with and go “OK, what's happening? Is it sickness? Is it anxiety? Are there concerns about coming to school? Is something happening in the family?” Then we can work out what we do to support them.'

This kind of support is in line with recommendations by the University of Western Australia's Associate Professor David Lawrence for schools looking to improve the mental health of students.

Lawrence's recent paper, Impact of Mental Disorders on Attendance at School, as reported by Teacher, found mental disorders are among the most common and disabling conditions affecting children and adolescents. It also found that students with a mental disorder, such as ADHD, anxiety, major depressive disorder and conduct disorder were more frequently absent from school than students without a mental disorder.

Lawrence says that because mental disorders are such common problems, ‘they are going to have an impact on kids' learning, so it was important for teachers to at least be aware of them and aware of what sorts of things you might be able to do is really important,' Lawrence says.

He advocates for teachers to be supported by mental health first-aid training. Lawrence and colleagues have begun taking their message to the coalface.

Last year, Lituri welcomed Lawrence and his colleagues to SCBC, where they presented to staff and parents in order to deepen community understanding of mental health.

Lituri says the issue of mental health is growing and it is something that the school is keen to address.

The UWA presentation included information around what the students are reporting, as well as the different disorders and difficulties that children and young people deal with.

‘Then it's also a matter of saying: What are the signs? What are the things you can look out for? What are things that you can do to help those particular young people?' Lituri says.

Classroom teachers' daily observations of the students are also part of the wellbeing approach at SCBC. ‘As we work through issues together, those things are flagged but we also go to the data as well because some people aren't as forthcoming with particular reasons for absences and it can be a little bit of a drip effect.

Lituri says the basis of everything they do is about building relationships.

‘If students know that they have friends and positive relationships with other students, if they have teachers who genuinely care about them, and are in families who are involved and interested, that's when we get the best engagement,' he says.

Think about your own school’s approach to attendance. Could students’ mental health explain their absences from school? What strategies do you have in place to support these students?

How do you educate parents and the wider school community about the effects of mental health? 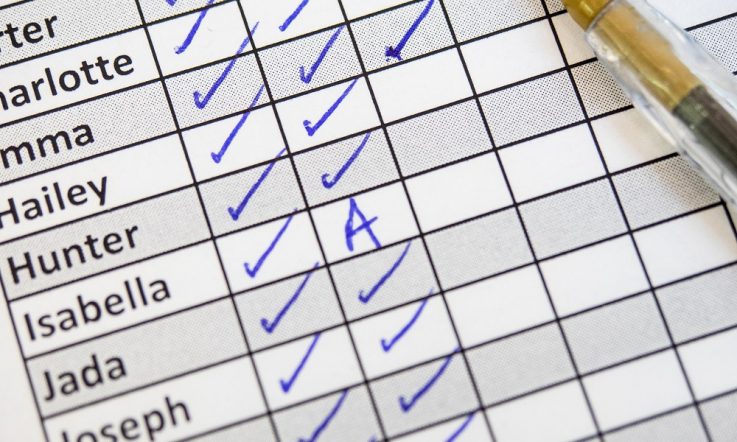