Sleap is based in Cessnock, in the Hunter Region of New South Wales, and in 2019 he's balancing a number of roles in the area. He is leading the Cessnock Academy of STEM Excellence (CASE) which he helped establish; is the program leader of the expanded CASE model, known as SISP (STEM Industry School Partnerships) program; and, until 2017, was the director of the ME Program, a STEM workplace initiative.

He's worked with hundreds of schools, industries, government organisations, TAFEs and universities as part of these initiatives. As a result, Sleap has not just seen an increase in STEM enrolments at Hunter region schools, but has also helped schools sustain multiple meaningful connections with local industries.

‘…The ME Program was able to turn around declining STEM enrolments in Hunter Region high schools with almost 20 per cent increases compared with negative growth rates for the rest of NSW. This success was achieved as a direct result of collaborative approaches with key stakeholders from education and industry,' Sleap tells Teacher.

STEM education as a continuum

CASE and SISP have worked closely with company BAE Systems to develop the Integrated STEM Continuum, based on BAE Systems' Advancing the Next Generation initiative. The continuum looks at STEM education through its entire life cycle from Kindergarten to Year 12, TAFE, university and then employment.

‘At primary school we look to “engage” students, then “inspire” at high school, followed by “develop” with our tertiary education partners, with the aim for industry to “recruit”,' he explains.

‘Throughout this continuum, students build their STEM skills as well as their awareness of STEM career pathways. This is done in partnership with all key stakeholders in education and industry.'

The overall aim of the continuum, Sleap says, is to develop a pipeline of young people with STEM skills that will allow them to open doorways to STEM professions. As well as this, it increases the number of young people who could be recruited for work locally instead of from interstate or overseas.

Sleap says school industry partnerships are vital but he acknowledges that developing and maintaining effective partnerships can often be difficult.

‘The use of regional development agencies, industry or business groups in your community are some of the best ways to get started,' he suggests.

But he says it's not just industry you can turn to in order to build effective industry relationships.

‘…Some of the strongest industry partnerships I have created come from parents who have students that attended schools for which I have been associated,' Sleap says. ‘Always be on the lookout for parents who might like to contribute as a mentor or might make themselves or colleagues available to do a career talk, or to help students complete STEM projects in the classroom.'

Sleap says it's also important to be aware of the difference between a sponsor and an industry partner.

As well as this, Sleap says to keep in mind that connecting with schools is not an industry's core business, so it's important to be clear on what the expectations are from both parties in the partnership, and to be sure to follow up on all commitments made.

‘Research suggests that students are making career decisions earlier than previously thought. These programs provide primary and secondary school students with STEM based career information tailored to their local community with the assistance of industry. As a result, students are able to make better informed career choices which may help influence decisions regarding subject choices in the future.'

How have you worked towards increasing the value of STEM education at your school? Have these plans ever involved collaborating with people outside your school community?

Considering your school context: does the range of post-school destination desires of your students reflect local assets? In what ways could you make students more aware of the employment opportunities in your community? 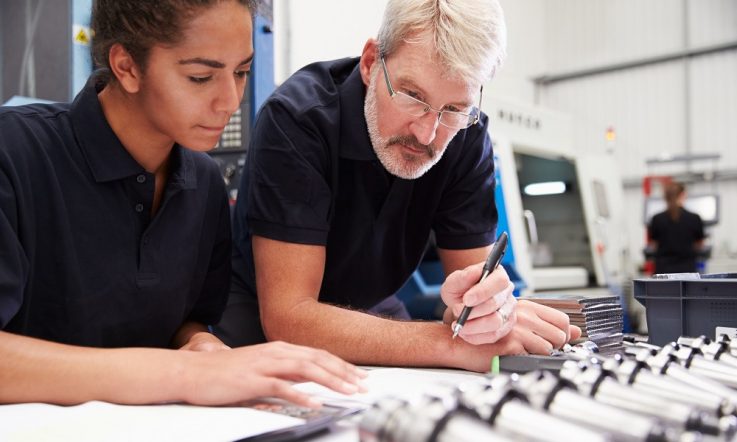