A pilot study has helped struggling youngsters in Australia, with participating students achieving an average reading age gain of 15 months in six months.

Fourteen primary and K-12 schools from Tasmania and New South Wales participated in the Catch Up Literacy study. It involved 59 teachers and teacher aides, as well 148 students from Indigenous and non-Indigenous backgrounds.

Tracy Riley, Assistant Director of the program, says the approach was originally developed at Oxford Brookes University in the UK after research suggested roughly seven children in each class in England were failing to achieve national standards in reading.

Catch Up, a non-profit organisation, works to address literacy and numeracy difficulties that contribute to underachievement. According to Riley, the interventions have helped over 500 000 struggling learners in the UK. This prompted schools in Australia to get in touch.

‘[We]were approached by Learning Services North in Tasmania and some schools in New South Wales who wanted to find out if Catch Up Literacy might be suitable for struggling readers in their schools,' Riley explains.

In the Australian study, participating staff were trained to administer Catch Up sessions, before working with two or three students using a book-based approach to activate two dimensions of reading – word recognition processes (including phonics) and language comprehension processes.

Riley tells Teacher the program involves two 15 minute sessions per week, which are led by a supporting adult who has attended Catch Up training. This could be a teacher's assistant, a parent volunteer or a teacher. ‘[These sessions] are conducted whenever the school decides, sometimes within class time, but also before or after school at homework clubs. The schools and the teachers know what is going to be taught and they often decide whether the student should or should not leave class.'

The first three minutes of each session is a prepared reading. '[We] have a look at the front cover, the back cover, any contents pages, then go through the book to identify any tricky [vocabulary] that the children might not understand. We ask them to make predictions as we're talking through the book.

‘[In] the next six minutes, the student reads the book themselves. ... As they're reading, the supporting adult asks them questions, and also marks down any miscues that the student makes, and [notes] any reading strategies. So, are they using the initial phoneme to try and identify the word? Are they reading with expression? Are they paying attention to punctuation, and so on.'

The session ends with a writing activity linked to one of the miscues the student made in the previous six minutes. 'Depending on the miscue, we either follow a phonic approach ... or if the students are struggling with a word that cannot be sounded out, the supporting adult will use a visualisation technique.'

To measure the impact of the program, the students were assessed twice - immediately prior to the start of study and again after six months - using the Salford Sentence Reading Test. 'The students were chosen from [that initial reading age score] ... those who were falling below where they should be.'

Riley says she hopes the results show that just because some students aren't reading at their age expectations now, doesn't mean that they aren't able to in the future.

'With any one-to-one intervention, you really need to be making double the normal rate of progress otherwise those students will never catch up – the gap will be too big. We've proven that [students] can make up those gains.'

Does your school have a program in place to help struggling readers?

What impact has it made? How do you know? 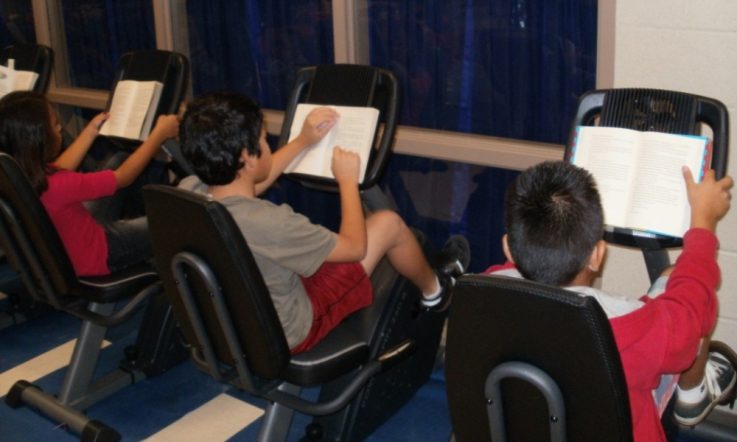