Dr Lesley-Anne Ey and Associate Professor Barbara Spears, from the University of South Australia, worked with the teachers for a small-scale, proof of concept study commissioned by the World Organisation for Early Childhood Education.

The study aimed to explore junior primary students' understanding of what bullying means, identify gaps in their knowledge, and use the data to co-create anti-bullying lessons and resources. After delivery of a program designed to suit their school context and needs, students' understanding was reassessed to see if the tailored intervention made a difference.

The academics shared details of the study and its findings in a technical report published last term by the University of South Australia (Ey & Spears, 2018). ‘The general findings of this research suggest that young children have a limited understanding about bullying without specific educational intervention, in particular they confuse bullying with any form of aggression.' They add the study showed ‘when educators work collaboratively to develop and implement a context specific anti-bullying program, children's understanding of bullying terminology and bullying behaviours is enhanced'.

Ey and Spears say studies show all forms of bullying – physical, relational and verbal – are evident in early childhood settings, but research into children's understanding of bullying at this age is limited and there are few resources or programs to support teachers. ‘In Australia formal education about bullying does not commence until Grades 3-4 (ages 8-10 years).'

What happened in the study?

The study involved 99 children, aged between five and eight, from six junior primary schools in metropolitan and rural South Australia. There were four experimental schools and two control schools.

The researchers worked with 12 teachers from the experimental schools to discuss the interview responses, issues raised, and possible strategies and resources that could help address student needs. Together, they designed an intervention framework and created a suite of 10 lessons and accompanying resources tailored to their class context.

The children were re-tested and interviewed after the intervention programs were delivered to see if their understanding had improved.

What were the main findings?

Ey and Spears report before the intervention the children in the study had only a basic understanding of the key elements of bullying. In the experimental schools, 17 per cent demonstrated knowledge of repetition, 14 per cent intent to harm and 4 per cent imbalance of power. In the interviews, just over half (53 per cent) associated bullying with aggressive behaviour.

After the intervention, study participants receiving the programs had a better understanding of the three key elements of bullying, with 51 per cent demonstrating knowledge of repetition, 30 per cent intent to harm and 16 per cent imbalance of power.

Teachers took the lead and worked with colleagues – including leadership staff and social workers – and the researchers to create a program for their own classroom context, with lessons aligned to the Australian Curriculum and South Australia's Keeping Safe: Child Protection Curriculum. Of the 12 who implemented a program, nine delivered eight or more lessons. Time constraints and interruptions from other events in school, such as swimming week, and the fact it was Term 4, were highlighted as particular challenges. Half of the teachers merged some of the lessons to try and fit everything in.

Two teachers modified some of the activities and language to suit their Reception class students. ‘All teachers reported that they thought the implementation of their anti-bullying program was beneficial to children's understanding of bullying. Specific learning they mentioned included understanding the difference between conflict and bullying, having a greater understanding of the three elements of bullying … and being able to label these, understanding that conflict is normal, having the confidence to seek help (speak to an adult) if they are being bullied or see others getting bullied.'

All teachers said the program was well received, and that students were engaged and enjoyed the activities, although one reported her class had lost some interest by the end of the 10-lesson unit and another said some of the activities were ‘too close to home' for some of the students. All said they intended to use the program again.

Ey and Spears say the research needs to be replicated with a larger sample, but this proof of concept study shows that when teachers use data from their own classes to inform their practice and create a tailored, meaningful program specific to their student needs it works.

They make a number of recommendations in their report, including early intervention and education. ‘If we are to successfully intervene in preventing bullying in education settings, then awareness and education must commence with our youngest children [from five years of age] so as to build shared understanding throughout the education community.'

They also recommend bullying prevention programs involve explicit teaching and that educators use the correct terminology. Ey and Spears say providing young children with this vocabulary ensures that they are then able to accurately describe what they are experiencing or seeing.

Ey, L., & Spears, B. A. (2018). Supporting early childhood educators to address bullying in junior primary classes through the co-creation of anti-bullying interventions and resources: A Proof of Concept Study - A report for the Organisation Mondiale pour l'Education Préscolaire (OMEP) (World Organisation for Early Childhood Education). doi.org/10.25954/5be36ba6aaf59

In your own school, what are your current anti-bullying strategies? How do you ensure they meet your context and student needs? What can be done to improve these strategies? What are you already doing well? 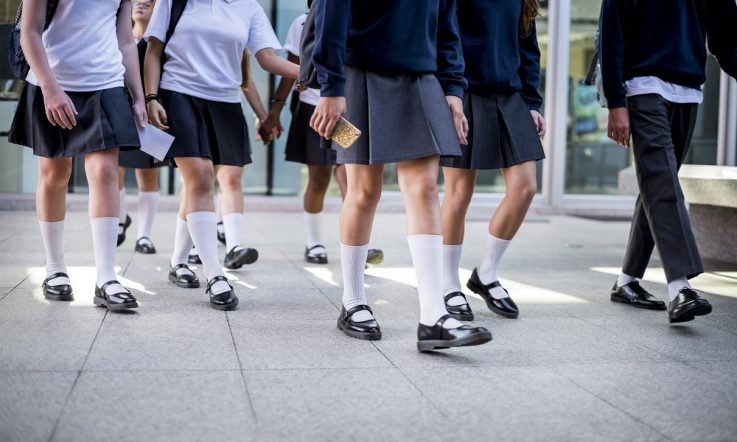 Involvement in bullying across year levels

Infographic: Cyberbullying and other dangers