Australian students report greater levels of respect for people from other cultures and more positive attitudes towards immigrants than the OECD average, according to a new report from the Australian Council for Educational Research (ACER).

Sixty-six countries participated in the 2018 questionnaire. Data from Australia show 87 per cent of student said they ‘treat all people with respect regardless of their cultural background’ and 85 per cent said they ‘respect the values of people from different cultures’ – this compared to the OECD average of 81 per cent and 79 per cent, respectively.

The report focuses on the four dimensions of global competence: examining local, global and intercultural issues; understanding and appreciating perspectives and world views of others; the ability to engage in open, appropriate and effective interactions across cultures; and taking action for collective wellbeing and sustainable development.

Australian students reported: A greater awareness of global issues; Greater self-efficacy in explaining global issues; Greater ability to understand the perspectives of others; Greater respect for people from other cultures; Greater ability to adapt to new situations; More positive attitudes towards immigrants; Greater awareness of intercultural communication; More contact with people from other countries in their family, at school, in their neighbourhood and in their circle of friends; A greater sense of global mindedness; More engagement in nine of 10 global competence learning activities; More school opportunities to engage in nine of 10 intercultural learning practices; and, Less discrimination among teachers, as perceived by students.

Commenting on the release of the report, ACER Deputy CEO (Research) Dr Sue Thomson said: ‘In a world in which humans need to join forces to address significant challenges, it is ever more important for young people to be able to build bridges with those different to themselves.

‘While Australian students are better equipped to thrive in an interconnected world in comparison to their peers across OECD countries, there is always room for improvement.’

The questionnaire also asked students about their engagement with and taking action on global issues. They were asked to answer ‘yes’ or ‘no’ to the following statements:

A lower proportion of students in Australia reported taking action for each of the topics than the OECD average.

The report also analysed data from Australian principal self-reports, submitted through the PISA 2018 school questionnaire. As with students, the responses are also examined from a country perspective, by state and territory.

The proportion of students who attended schools in which principals reported that many or all teachers shared the belief ‘It is important for students to learn that people from other cultures can have different values’ ranged from 90 per cent in Queensland and Western Australia to 100 per cent in the Northern Territory.

The proportion of students who attended schools in which principals reported that many or all teachers shared the belief ‘Respecting other cultures is something that students should learn as early as possible’ ranged from 92 per cent in WA to 100 per cent in the NT.

The proportion of students who attended schools in which principals reported that many or all teachers shared the belief ‘In the classroom, it is important that students of different origins recognise the similarities that exist between them’ ranged from 86 per cent in Tasmania to 100 per cent in the NT.

And the proportion of students who attended schools in which principals reported that many or all teachers shared the belief ‘When there are conflicts between students of different origins, they should be encouraged to resolve the argument by finding common ground’ ranged from 86 per cent in Qld to 100 per cent in the NT. 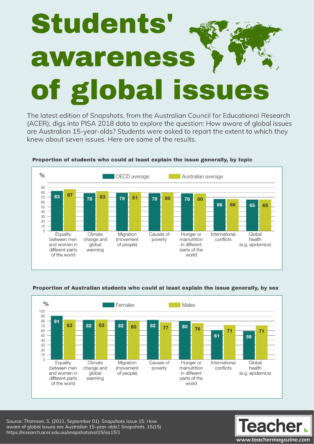 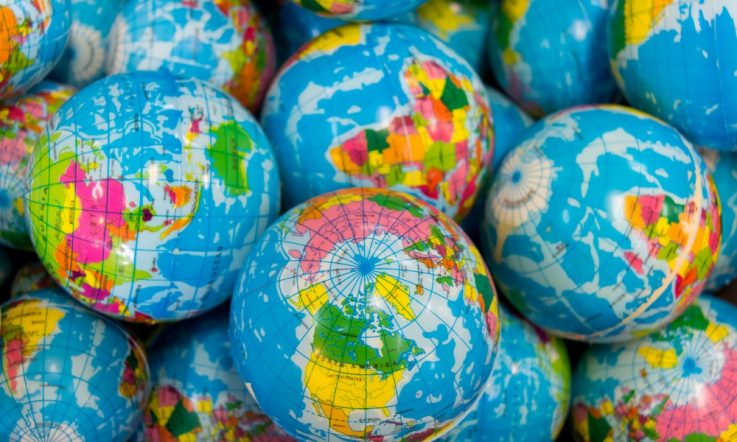