I think I can - motivation and the maths gender gap

The problem with girls and maths

Educational research reveals significant differences in the ways that Australian girls and boys engage with maths.

Australian girls are less likely than boys to be interested in maths, according to results from the Programme for International Student Assessment (PISA), which measures the mathematics, science and reading literacy and attitudes of more than half a million 15-year-olds worldwide every three years. A smaller proportion of girls think maths will be important for future studies or careers, while girls also report significantly higher levels of anxiety about maths and significantly lower levels of confidence than boys (Thomson, DeBortoli, & Buckley, 2013).

PISA also shows that girls in Australian schools also have lower average achievement in maths where they are, on average, approximately one-third of a school year behind male students.

Over time, data has shown that females are less likely to choose to study maths, especially intermediate and advanced subjects, in senior secondary school and tertiary education. The OECD reports that females account for less than one-third of new entrants into science and engineering bachelor degrees (where typically mathematics study would be pursued) (OECD, 2015).

Some might try to attribute these trends to biological factors such as fundamental differences in brain structure by applying the argument that biological differences make females less capable in mathematics and less inclined to have an affinity for the subject. Biological explanations have been used in the past to attempt to justify poor female participation, engagement and achievement in mathematics. However, the most recent neuroscience research looking at structural differences in the brain between the sexes tends not to support this view.

Neuroscience research has found many similarities and differences between female and male brains. While males tend to have larger brains than females, the function of this increased brain volume is not certain (Burgaleta, Head Alvarez-Linera, Martinez, Escorial, Haier, & Colom, 2012). Some studies suggest that there may be differences in the patterns of interconnectivity between male and female brains (Cahill, 2014; Ingalhalikar, Smith, Parker, Satterwaite, Elliot, Ruparel et al., 2014). However, these conclusions are contested. Other neuroscientists assert that this research has not provided enough evidence of fundamental differences (Joel & Tarrasch, 2014).

While functional neuroimaging studies illustrate the areas of the brain active when completing particular tasks, it is not always true that different brain functioning results in different behaviour. Assumptions are often made that differences in patterns of brain activation between females and males in a particular task must mean that females and males use different mental processes to complete that task; however, mental processes are highly complex and involve interaction between many different regions of the brain (Fine, 2013). Assumptions about what differences in patterns of brain activation might mean can be dangerous if we allow gender stereotypes to influence the interpretation of scientific results (Fine, 2013).

A current line of thinking in neuroscience endorses research showing that the brain is an adaptive organ that changes in relation to environmental factors (Fine, Jordan-Young, Kaiser, & Rippon, 2013; Miller & Halpern, 2014). Given that the brain has potential for plasticity, many researchers question whether sex differences found in neuroimaging studies are because of biologically set, universal sex differences, or due to the influence of environmental or cultural factors on brain development (Fine, 2013).

Furthermore, some neuroscientists propose moving away from research that seeks out sex differences in the brain, because such research does not acknowledge the inherent individual differences in the structure and function of the human brain (Joel, Berman, Tavor, Wexler, Gaber, Stein et al., 2015).

The current psychological viewpoint does not support the position of a male ‘intrinsic aptitude' for mathematics. Psychological research over the past decade suggests there are no gender differences in children's cognitive abilities and therefore no difference, on average, in the potential for females and males to achieve in mathematics (Spelke, 2005).

Instead, some psychological research – for example a 1984 study by Eccles, Adler, and Meece, and a 2002 study by Eccles and Wigfield – suggests achievement is influenced by socialisation processes. Studies have demonstrated that motivational beliefs – including personal beliefs about the value of mathematics, as well as self-efficacy and competence beliefs – are powerful factors that may account for gender differences in achievement and engagement with mathematics (Newcombe, Ambady, Eccles, Gomex, Klahr, Linn et al., 2009).

Research shows that interest, confidence and achievement are positively related to one another: improvement in performance over time requires concurrent increases in students' level of interest in mathematics and their competency beliefs (Denissen, Zarret, & Eccles, 2007).

Research has also demonstrated that poorer mathematics achievement is associated with anxiety about maths and that young girls are more likely to underperform in a maths task if their mothers' endorse negative gender stereotypes (Carey, Hill, Devine, & Szὕcs, 2016; Tomasetto, Alparone, & Cadinu, 2011).

Another study, by Carol Dweck and colleagues, found that female college students had a lower sense of belonging in mathematics if they perceived that their college environment encouraged gender stereotypes about mathematics (for example, females are not as good at calculus as males) and the idea that mathematics ability is fixed (Good, Rattan & Dweck, 2012).

In encouraging news, recent research suggests that the gender gap in maths could be addressed through training. Studies have found that gender differences in performance on spatial processing tasks, an area where mathematics that has shown consistent trends of female underperformance, were significantly reduced after playing a digital game (Kucian, Loenneker, Dietrich, Martin & von Aster, 2005; Feng, Spence and Pratt, 2007; Yang & Chen, 2010).

These findings emphasise that gender differences in mathematics are not fixed and provide encouraging evidence that gender gaps in participation and engagement could also be reduced with targeted intervention.

While it may be that female and male students have certain preferences for learning, likely encouraged through various socialisation processes, this does not mean that they cannot learn in other and various ways. Furthermore, it is a generalisation to say that all females or all males will have a preference for a particular learning approach or environment. Rather, the message from neuroscience and psychology is that given new environmental opportunities, there is the potential for change and growth.

Approaches designed to target the gender gap should be multifaceted. Programs that allow struggling female students to practice their mathematical skills could be beneficial, as could initiatives that challenge negative gender stereotypes, beliefs about fixed ability and feelings of anxiety.

Efforts to increase students' interest, enjoyment or intrinsic value, improve confidence in students' perceptions of their competence in mathematics and promote the value of mathematics for future educational and career aspirations could also be positive.

The more mathematics is perceived in our society as a subject that is useful, enjoyable and attainable by all, irrespective of gender, the more likely the gender gap will start to close.

This is a summary of Gender and sex differences in student participation, achievement and engagement in mathematics by Dr Sarah Buckey, the first in a series of papers, Changing minds: Discussions in neuroscience, psychology and research, published by the Centre for Science of Learning @ ACER. Read the full paper at https://www.acer.edu.au/csl/promoting-learning

Carey, E., Hill, F., Devine, A., & Szücs, D. (2015). The chicken or the egg? The direction of the relationship between mathematics anxiety and mathematics performance. Frontiers in Psychology, 6, 1–6.

Joel, D., & Tarrasch, R. (2014). On the mis-presentation and misinterpretation of gender-related data: the case of Ingalhalikar's human connectome study. Proceedings of the National Academy of Sciences, 111(6), E637–E637. 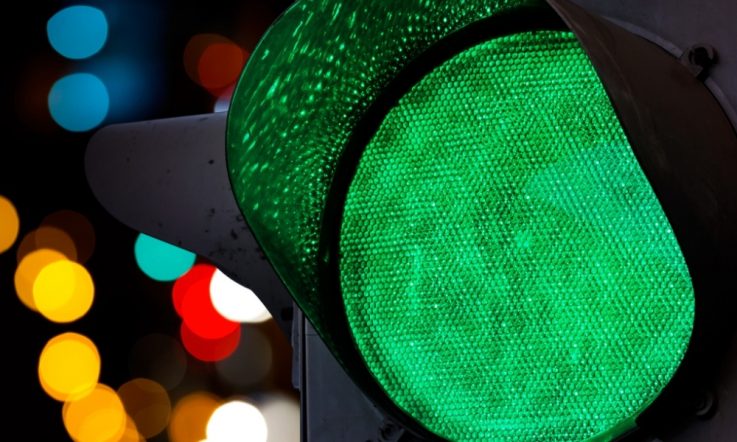