In today's leadership Q&A, Teacher talks to New Zealand academic Viviane Robinson about the challenges and complexities of school leadership, good goal setting and principal professional development. Robinson is a Distinguished Professor in the Faculty of Education at the University of Auckland, and Academic Director of its Centre for Educational Leadership. And later this month, she'll deliver the opening keynote at ACER's Research Conference 2017.

You've worked in many countries (Chile, Singapore, England and Denmark, to name a few). What are the common school leadership challenges?

In terms of educational policies, governments are choosing to focus on very similar things. The first is improved student outcomes, and while that is usually around achievement outcomes – literacy and maths, for example – increasingly there is a focus on social outcomes such as reduction in bullying and students' enjoyment of school and of their learning.

Alongside that, there's a focus on equity of outcomes – on the reduction of inequalities in outcomes between social groups. So, for example, you have a focus on reducing the inequalities between Indigenous and non-Indigenous students, between native and non-native speakers of the language of schooling. Those sorts of equity outcomes are increasingly emphasised in all the countries that I work with. The focus on equity is greater now because school populations are becoming more diverse and school systems are struggling to cater for the wider range of student backgrounds and learning needs.

Your research has highlighted five dimensions of effective school leadership. The first dimension is establishing goals and expectations. How can leaders find that balance between setting goals that are challenging, but not pushing to the point of being unrealistic?

Good goal setting always works on the basis of a history. So, if you've got good procedures for monitoring, for example, students' results – whether it be reading or mathematics or indicators of student wellbeing – then you know what your past achievements have been. You're not just plucking numbers out of the sky. You're saying “Okay, if that's what we've achieved in the last two or three years, what is reasonable for us to achieve next year, given what else we've got on our plate, given the anticipated changes in our student population, our staffing etcetera?”

There's also the issue of how ambitious do you want to be. For example, in New Zealand the government has just set new public service targets for education that state that 80 per cent of students will meet national standards in writing and maths by 2021. The goals are realistic because the gap between the number currently meeting the standard and the 80 per cent target is known, and resources are being strategically directed to help schools achieve the target (https://www.ssc.govt.nz/bps-strong-foundation-work-life#result5).

Then, each school will look at its own data and set goals that focus on the national targets but that reflect its own situation. A school that already meets or exceeds that target will need to be more ambitious. The school that falls well short might start by inquiring into and adjusting any school-based factors that contribute to those results. It might set less ambitious goals initially, because the inquiry has shown that teachers don't have strong enough knowledge and skills in the teaching of writing. Each school will monitor goal achievement throughout the year and then, based on their analysis, adjust the goals for the following year.

If all of this analysis, goal setting and goal revision is done in a data-based and collaborative way then the probability of achieving the goal is greatly increased because there is clarity about the goals, and teachers are committed to them because they either have or believe they can develop the capability to achieve them.

Has the school leadership role become more complex over the last few years? Are there more demands nowadays?

Yes, I think the complexity of the role has greatly increased. There are at least two contributing factors. One is the demographic changes in our school-age population, with more students coming to school without the educational and cultural capital that schools have normally relied upon as a foundation for teaching the school curriculum. And with the increased social and economic diversity, schools are finding they cannot get their educational work done without paying more attention to the welfare of their families and communities. Whether it is breakfast programmes, after-school homework programmes or engaging families in digital literacy initiatives, there are a whole range of areas in which schools are expected to play a role that lies beyond their traditional educational role.

So, that's one factor. Another that's just as important is the fact that governments are now so much more ambitious about what school leaders are to achieve. It used to be okay for many students to leave school with no qualifications, or without the prerequisites for further tertiary study or training. That is no longer okay. Governments want all students to succeed on an intellectually challenging curriculum because their future quality of life, including their income, employment opportunities, and civic contributions are now so dependent on their educational success. In my day, students who left school with no qualifications still got jobs – sometimes better paid ones than those gained by people with tertiary qualifications. That is no longer the case.

School leaders are now expected to have all children in their school succeeding and, what's more, they're held accountable for it (especially in Australia) in much more rigorous ways than they used to be, with constant examination of the school data, with reviews of their performance throughout the year by those to whom they're responsible, such as area and regional directors of education. Those accountabilities matter for the school leader's reputation and career progression.

So, those are some ways in which the job is more challenging.

Given the workload, how can principals find time and space to develop the skills needed for effective leadership?

Well, with difficulty. You've got some quite good Australian data on principal wellbeing and one of the things it is showing is that, on average, they don't set aside time for their own learning. That's exacerbated by a very strong sense of duty and service to their teachers and community. In small schools in particular, where there's financial stringency, principals often have to be pushed into spending money on their own development – whether it's paying for a coach or getting professional development by going to a course. They not only sometimes don't want to spend the time, but they may need to pay for relief teachers, and they may be reluctant because they again have the sense of 'we don't spend money on ourselves, we spend money on our schools'. Of course that thinking is sometimes counterproductive, because if principals were less stressed, if they did take time to look after themselves and their own growth, they might be more productive and the school would be better off as well.

Is there a country or system you've worked with where they're doing this quite well, freeing up principals for professional development?

In New Zealand, schools are self-managing and the principals have a great deal of control over their own time … in theory they decide how much time they spend on their own development and when. So, in New Zealand there will be some school leaders who have support from their boards for a well-planned programme of professional development for themselves, but other principals won't have done that at all, partly for some of the reasons that I've already talked about. So, it's highly variable.

In Australia, in Victoria (which I know best) there is a great deal of state provision for principal development in the form of various sorts of courses, and networking opportunities. But the challenge in school situations, whether it's a principal or a teacher, is if people are going to take time out for their own learning then somebody else (not always the principal but certainly in the case of principals and deputy and assistant principals who teach) somebody else has to come in to do their job. That makes it very expensive.

Richard Elmore a well-known writer on school organisation, talks about the fact that schools are just not organised in ways that make it easy for the adults to learn, and I agree with that. And it's largely because their job is to educate children who are constantly present – and their work hours are organised on that basis. Partly to reduce cost, some jurisdictions are placing considerable emphasis on online learning through mobile technologies which provide flexible just-in-time learning opportunities. I think these have considerable promise for supporting principals in the more technical, management part of their job but far less in the educational leadership aspects. That is because the learning in that area often requires challenge of assumptions, deep inquiry into leaders' thinking and the opportunity for extended dialogue between the learner and someone who is more expert. Online technologies rarely provide such learning opportunities.

You're delivering a keynote at Research Conference 2017 in Melbourne later this month. Can you give Teacher readers an overview of what you'll be talking about?

I'm going to talk about the capabilities required for leading improvement, which is something that principals are always being asked to do and indeed want to do themselves. Instead of talking about a whole long list of leadership capabilities, I'm going to argue that there are only three major ones.

For example, a principal might want to change the grouping practices in her school from the current ability grouping to mixed ability groups. This change has been motivated by the principal becoming aware of the research evidence that shows that grouping students by ability is a considerable contributor to the inequity of school outcomes because students in the lower ability groups don't get rich opportunities to learn challenging material and they internalise the modest expectations that their teachers often have of them.

The leader has this knowledge but can't act on it without considerable skill in the second capability which I call solving complex problems. In order to reduce the amount of streaming in the school, the principal must address teacher attitudes towards grouping students by ability, must talk with those parents who want to hang on to ability grouping, and must address the fact that they can't change grouping practices without reorganising professional learning, assessments, teaching plans and so on. In other words, there are a whole set of inter-related problems that need to be resolved in order to implement the decision to move to mixed ability grouping. That is what I call complex problem solving.

And the third capability is the relational side of the leader's work, and I call that ‘building relational trust'. Because, none of this is going to happen if the principal can't take the staff along the journey. So, that's how I see leadership capabilities: using educational knowledge to solve highly complex problems in a way that builds trust. That's what I'll be talking about in my keynote.

Distinguished Professor Viviane Robinson is a keynote speaker at ACER's Research Conference 2017. This year's conference takes place at the Melbourne Convention and Exhibition Centre from 27-29 August. Visit www.acer.org/rc to register and for more information.

As a school leader, when was the last time you reflected on your own learning needs, as well as those of your staff and students? Do you have a personal professional development plan?

In this Q&A, Viviane Robinson talks about good goal setting. Think about your own leadership practice. How does data inform goal setting decisions and action? Is it a collaborative process? How are teachers involved? 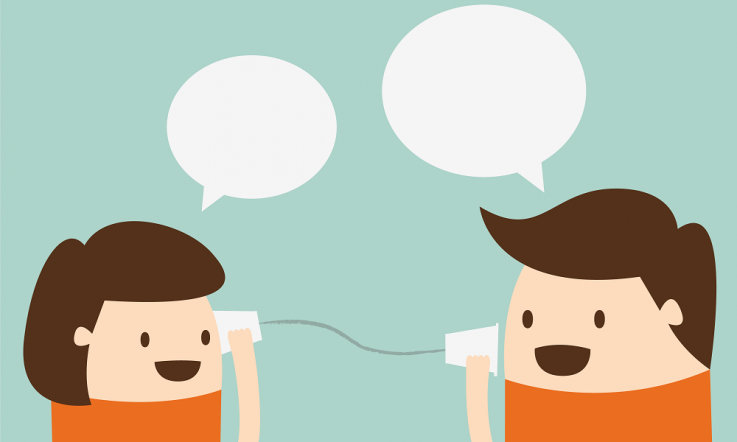 Leadership – the courage to change practice 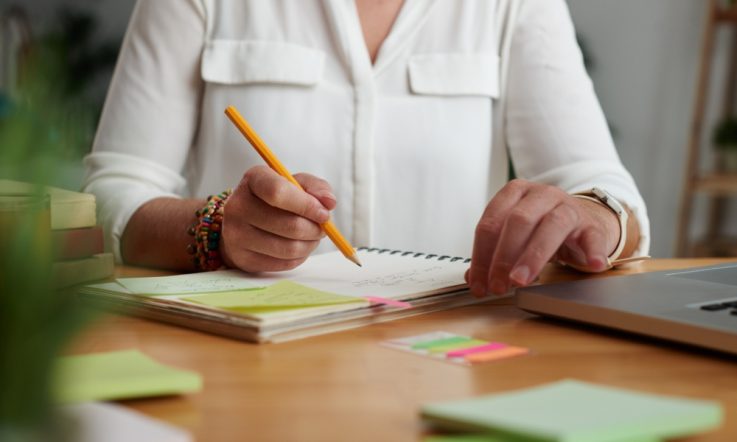