When Science teacher Peter Tabichi joined his school in 2015 and was given the responsibility of setting up a Science Club, he wanted to ensure that it was used to lift the self-esteem of students, as well as improve the overall academic achievement of the school.

Four years on, the Science Club at Keriko Mixed Day Secondary School has become a place where students thrive while conducting research projects and entering them in national competitions.

In 2018, Tabichi mentored his students through the Kenya Science and Engineering Fair where they showcased a device they invented that allows blind and deaf people to measure objects. They placed first nationally in the public schools category.

For a remote school of 500 students in rural Kenya, Africa, Tabichi says this is no small feat. And not only has it shown students that they can achieve great things, Tabichi says it's also encouraged more girls to pursue Science subjects.

‘At the moment we have 60 to 70 per cent of the members who train in that club are girls, which means they have been motivated,' he says. ‘The general academic performance of the school has improved and you'll find that most of the time girls are the ones who are leading and doing fairly well.'

This is also reflected in the number of students who are enrolling in further studies once they leave school, he says. ‘The first year when I joined, we used to have one or two students [go on to university], but last year we had more than 10 students joining university and then more than 20 joining tertiary institutions,' he says.

In 2015, the school employed seven teachers and had a student population of 500. The student-teacher ratio was around 70 to one. Nowadays, the ratio sits around 58 to one – a result that Tabichi attributes to his win at the Global Teacher Prize in Dubai earlier this year. Tabichi is putting most of the US $1 million prize towards improving the lives of students and teachers in his community. This has included employing more teachers to lessen the workload of others. 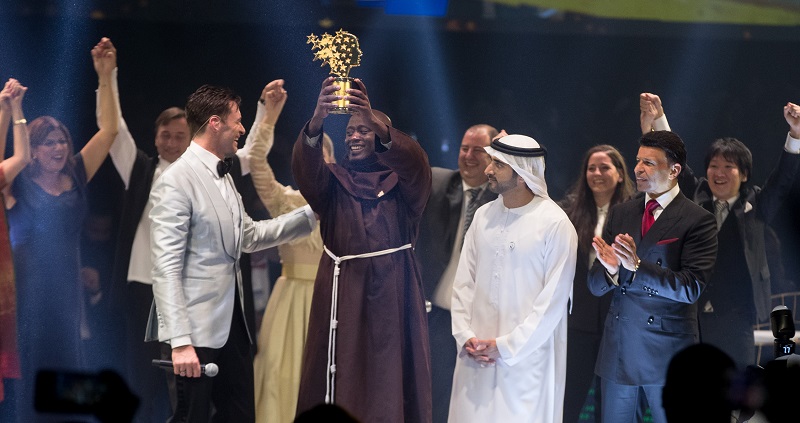 Tabichi says all teachers at Keriko Mixed Day Secondary School have quite a heavy workload. In any given school week, Tabichi will teach 33 lessons, and will also give up his time on the weekend to run remedial lessons for struggling students.

Remedial lessons also run early on school days ­between 7 am and 8 am, and the school day formally begins at 8.10 am and concludes at 4.10 pm.

The students themselves face many challenges. Over 95 per cent of students come from poor families, and almost a third are orphans or only have one parent.

‘Most of them come from very poor families and they don't get meals at home,' Tabichi says. ‘Most of them only rely on just those meals provided at school so it makes them concentrate even more. But in the morning, before they get breakfast, the level of concentration is normally very low.'

Tabichi says it's typical of students to live in mud houses that are shared with an entire family, and sometimes, multiple families. They aren't connected to electricity, which can make studying at home quite challenging for students. Instead, they often use the school in the evening to carry out their personal studies.

The school also lacks infrastructure to allow students to work to their full potential, Tabichi says. It doesn't have a library or any Science laboratories. The one classroom that Tabichi uses is a general laboratory that accommodates all Science subjects, including Physics, Chemistry and Biology.

‘It means if teachers want to do lessons at the same time, it becomes hectic because that is not really possible,' he says. ‘Teachers are forced to, at times, improvise. I use what is within reach to be able to have demonstration to the students. But it's very hectic because we spend quite a lot of time trying to improvise.'

Access to school is another challenge. On average, students travel seven kilometres on foot to school each day and roads in and out of the school are often compromised by the weather. Tabichi says the school really feels the effects of climate change firsthand, and its impact on food insecurity in the region. To try to better support families and community members with this challenge, Tabichi teaches them how to grow drought resistant crops.

‘The area is arid so we needed to promote the growing of drought tolerant crops so that they can really be able to have food whenever there's drought,' he says.

In times of drought, food can be very expensive, particularly vegetables, so Tabichi has also started a kitchen garden project at the school. ‘That way, they don't have to go to the market to buy vegetables,' he says.

The school's Peace Club also does its part to tackle climate change by planting trees in the community.

‘So they plant trees with the main aim of handling that problem of climate change, and then they spread the message to their homes, so their family and where they come from,' Tabichi says. ‘So even at home they also plant trees together with the other family members, and that really helps a lot in terms of dealing with climate change.'

Tabichi says winning the Global Teacher Prize has provided a great opportunity for the school to overcome many of its challenges. He says it has motivated both staff and students, and pushed them to achieve more than they thought possible.

‘Winning this award is a great moment. I can say not just for me, because I can see that it is a great opportunity for my school,' he says. ‘Everyone is really working hard and therefore we are able to achieve a lot, we're able to have more number of students training at tertiary institutions and universities.'

Tabichi says the award has also raised the overall profile of teachers in the community and the respect they are afforded. ‘Now people are really seeing teachers from a different perspective,' he says.

Visit the Global Teacher Prize website to learn more about the prize and the other finalists. 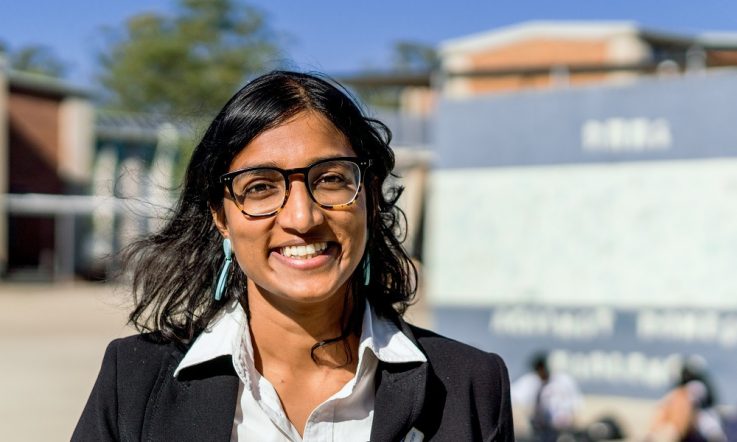