Banning mobile phones from schools boosts student performance in high stakes tests, according to a study published by the London School of Economics (LSE).

Researchers Louis-Philippe Beland and Richard Murphy say low-achieving and low-income students gain the most, suggesting they are more likely to be distracted in the classroom by the technology.

The study showed no significant impact on the test scores of high achievers.

The researchers surveyed 91 schools in four English cities and found that, after they had banned mobile phones, test scores for students aged 16 rose by 6.4 per cent. The economists say that's equivalent to an additional hour a week in school, or to increasing the school year by five days.

However, the researchers also sound a note of caution, adding that their findings don't discount the possibility that the gadgets could be a useful learning tool if their use is properly structured.

'Our findings suggest that the presence of mobile phones in schools should not be ignored,' the academics write in an LSE discussion paper Ill Communication: Technology, Distraction & Student Performance, published this month.

Beland, an Associate Professor at Louisiana State University, and Murphy, an Assistant Professor at the University of Texas and Associate at the Centre for Economic Performance at LSE, collected data from schools in Birmingham, Leicester, London and Manchester in 2013. All the schools had introduced a ban on mobile phones, either by not allowing them on the premises or requiring them to be handed in at the start of the day.

Survey responses were combined with student achievement data from the UK Government's National Pupil Database, dating back to 2001, to 'create a history of student performance in schools'.

'Despite the extensive use of mobile phones by students and the heated debate over how to treat them, the impact of mobile phones on high school student performance has not yet been academically studied,' the authors note in discussing the motivation for their study.

'Mobile phones can be a source of great disruption in workplaces and classrooms, as they provide individuals with access to texting, games, social media and the internet. Given these features, mobile phones have the potential to reduce the attention students pay to classes and can therefore be detrimental to learning.'

Although they didn't know which students owned mobile phones they say statistics suggesting more than 90 per cent of teens in England owned one of the gadgets during the period of their study meant any school ban would likely affect the vast majority of students. 'Even if a student does not own a phone themselves their presence in the classroom may cause distraction,' they add.

'We find that following a ban on phone use, student test scores improve by 6.41% ... our results indicate that there are no significant gains in student performance if a ban is not widely complied with,' Beland and Murphy write in the LSE paper.

'We find that mobile phone bans have very different effects on different types of students. Banning mobile phones improves outcomes for the low-achieving students [14.23%] the most and has no significant impact on high achievers.

'The results suggest that low-achieving students are more likely to be distracted by the presence of mobile phones, while high achievers can focus in the classroom regardless of whether phones are present.'

Beland and Murphy say, given the results, banning mobiles could be a cheap way for schools to reduce educational inequality.

Click on the link to read a follow-up article on this topic from Roger Broadie and Mal Lee, on creating a school culture that supports the inclusion and use of mobile phones in classrooms.

Does your school have a mobile phone policy? What was the aim of the policy? Has it had an impact on student learning?

Are you a class teacher who uses mobile phones as a learning tool? Has the technology had a positive impact on student learning?

The complexities of contemporary schooling

The digital school and enhanced learning 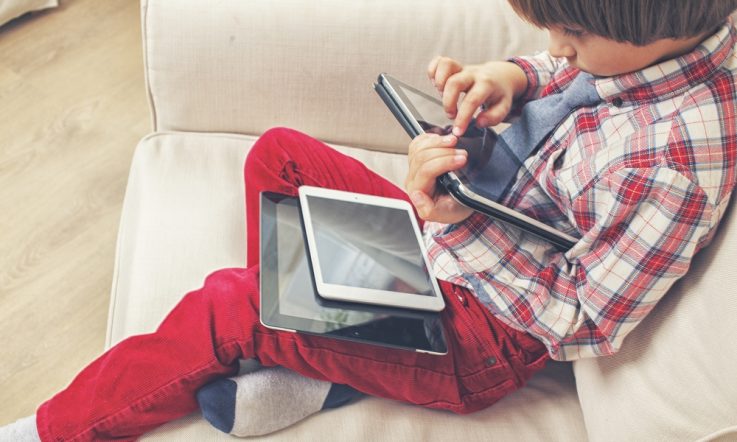