This article was originally published in the August 2011 print edition of Teacher.

I’ve recently finished reading Richard Louv’s Last Child in the Woods. It’s a powerful work which argues that current generations of children have had their connection with nature severed. As a consequence, says Louv, they suffer from what he defines as nature-deficit disorder. The outcomes of this disorder are evident in a range of physical conditions, such as obesity, but there’s also a direct link, according to Louv, from this disconnection from nature to childhood depression.

The contemporary childhoods that Louv describes – albeit very American in character, despite the fact that mine was a ‘special’ Australian edition – are markedly different from my own.

I spent the first few years of my childhood in the West Indies, firstly in Trinidad and then in Barbados, until I went to boarding school in England in 1969 at the age of 11. It was all a long time ago, but I still have warm and vivid memories of a largely idyllic period; a time of no responsibilities, a tropical climate and the freedom to roam with my friends around the neighbourhood. Frequently I would be gone from home all day, returning only to eat, to have my scratches and bruises repaired, or because it became dark.

At the age of eight, our favourite activity was constructing complex cubbies and forts out of palm fronds and saplings – all of which we cut and shaped with the saws and machetes we were allowed by our parents to use.

We built billy carts and raced them at ridiculous speeds – well, we thought so – down hills, played cricket in the road, and had ‘wars’ with other groups of children. I don’t recall getting particularly hurt or harmed – although I did break a collarbone when I fell over while chasing a friend over rocky ground – but then I also did that at the age of 44 when a car and my bicycle collided on Melbourne’s notorious Beach Road. Nor do I remember any one of us being abducted, assaulted or molested. And, despite the risk, none of us was sold into child slavery.

I think, in sum, I was fortunate to be born in the 1950s and to spend my childhood in the 1960s. I was given a physical and experiential freedom that allowed me the opportunity to explore and to safely take risks. Some may argue that my parents’ confidence was really a masked negligence. I don’t think so. I suspect that although they were probably concerned about what conceivably might harm me, they probably believed the risks were outweighed by the positive experiences I would have with friends actively playing and creating in the genteel, tropical Barbadian bush.

New York journalist Leonore Skenazy in 2008 wrote in her regular newspaper column in the New York Sun about allowing her nine-year-old son ride the subway alone in New York City. As she explains in the column, this wasn’t a random act of neglect but a carefully structured exercise to empower her son, allow him a level of independence and enable an opportunity to develop his sense of self-reliance.

Her column sparked enormous debate. The positions were, as is to be expected, quite polarised: at one extreme was an avalanche of support for her outspoken, yet common sense, approach to parenting; at the other extreme was a tirade of protest from those who dubbed her ‘America’s Worst Mom.’

The continuing media controversy prompted Skenazy to compose her thoughts more comprehensively and she subsequently published Free-Range Kids: Giving our children the freedom we had without going nuts with worry. It’s a worthwhile read, although its style will not appeal to all. It’s a little too glib for me, but at its core are some fundamental and eminently sensible imperatives, not least of which is to let kids be kids.

As Skenazy asserts, we’ve let ourselves be swept up in one of the major obsessions of our era: total safety for our children every second of the day; never letting them out of our sight, always protecting them from ‘germs, jerks, sports injuries, sports disappointments, stress, sunburn, salmonella, skinned shins and every other possible if teeny-tiny risk.’

In this way, Skenazy illustrates the contemporary phenomenon of the helicopter parents – those who hover over their children protecting them from any real or perceived difficulty or discomfort. There seems to be no shortage here in Australia of such helicopter parents. I call them Blackhawks, parents with active, aggressive tendencies who challenge any who stand in the way of their young.

Skenazy concludes Free-Range Kids by reflecting on her own childhood: ‘Adults knew then what we have forgotten today: kids are competent; kids are capable; kids deserve freedom, responsibility and a chance to be part of this world, not cooped up like, well... chickens.’ I share Skenazy’s view that we’ve developed into an overly risk-averse society and that we are, almost obsessively, protective of our children.

The problem, as I’ve often reflected, is that we cannot grow resilient adults unless we provide young people with opportunities to be stretched, to be challenged and to take risks. This is not to say we should behave neglectfully nor irresponsibly, but that we have a duty to give our children the tools to be contributing and effective adults.

This is also the thesis of Tim Gill’s No Fear: Growing up in a risk averse society, commissioned by the British branch of the Lisbon-based Calouste Gulbenkian Foundation.

Gill’s report aims to redirect thinking, especially at the policy level, around the quality of children’s lives. It explores, in a robust and responsible way, the freedoms that children enjoy and how they have diminished. In his introduction to the report, the Director of the Calouste Gulbenkian Foundation, Andrew Barnett, frames the organisation’s starting position:

‘Young people need both safeguards and opportunities. But our current concern is that through society misreading risk, children face a myriad of restrictions that are intended to support them, whether imposed by zealous parents, by policy or by those interpreting it....

‘Keeping children safe involves them in taking risks so that they can learn how to assess and respond to them; children will never understand risk if society prevents them from experiencing it.’

No Fear is a very different work from Free-Range Kids, yet its concern is the same. Both books focus on the importance of developing resilience – an affirmation of the value of a child’s ability to recover and learn from adverse outcomes, whether these are accidents and injuries, failure, conflict, abuse, neglect or even tragedy. To achieve this, children need to be given a degree of autonomy and responsibility. And this requires trust.

Gill powerfully concludes No Fear with the words that our future prosperity, security and sustainability ‘depends critically upon the children of the future growing up as engaged, self-confident, responsible, resilient citizens: people who both feel they have some control over their destinies and are alive to the consequences of their actions.

‘This will only happen if their childhoods include some simple ingredients: frequent, unregulated, self-directed contact with people and places beyond the immediate spheres of family and school, and the chance to learn from their mistakes.’

To enable such contact, however, children need to be taught the skills and learn the confidence to encounter the unfamiliar and meet the challenges presented by that which is unknown. At home, this requires confident and responsible parents who not only foster independence and thought, but also provide the structures and boundaries within which children may flourish.

Schools likewise have an important role, both inside and outside the classroom. Outdoor education programs are some of the more important aspects of the many rich learning experiences that schools provide, mainly because they allow students to challenge themselves in ways that are rare in our urbanised and increasingly regulated society. Exemplary outdoor education provides young people with safe risk and safe challenge so that they learn to meet the unfamiliar, overcome difficulty, cope with discomfort and, at times, deal with consequence, while learning to cooperate, collaborate and coexist within a small group.

It’s only recently that I learned that when I was out roaming Barbados with my friends that our parents always knew exactly where we were. I also discovered that they had earnest debates about the level of freedom and the nature of the boundaries they imposed.

We were always under scrutiny, always relatively safe, but we enjoyed sufficient autonomy and freedom to encounter and experience the unfamiliar and unregulated. Most importantly, we were trusted to do the right thing and to be responsible.

Skenazy, L. (2009). Free-Range Kids: Giving our children the freedom we had without going nuts with worry. San Francisco: Jossey-Bass.

This article was originally published in the November 2010 print edition of Teacher. The author biography remains unchanged and may not be accurate at this point in time. 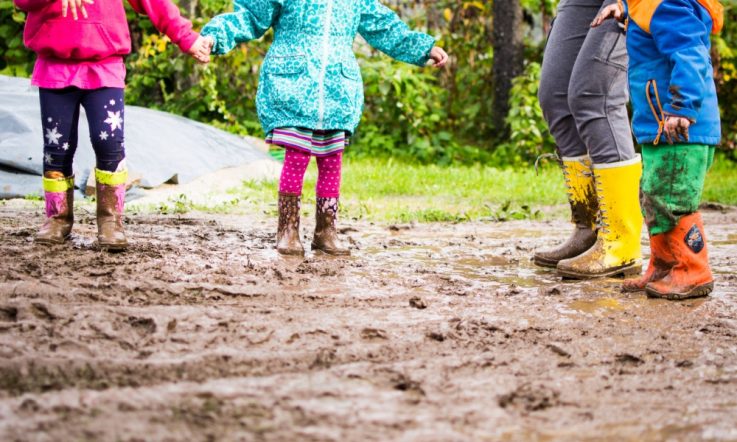 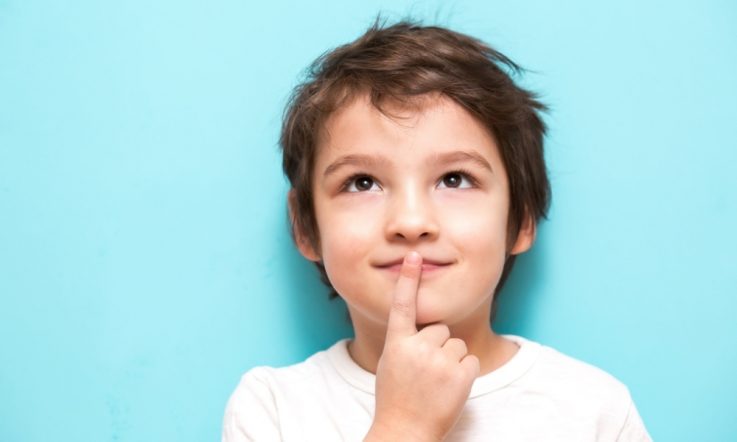