Once a fortnight the Teacher team ventures down to Room 3 – the basement archives at the Australian Council for Educational Research.

Home to a plethora of texts originating from way back when, we bring you choice titbits from some of our favourite historical titles via Facebook and Twitter.

If you happened to have missed some of our Room 3 gems, here's a recap of what's recently been posted online (you can also click on the links at the bottom of this article to explore previous volumes): 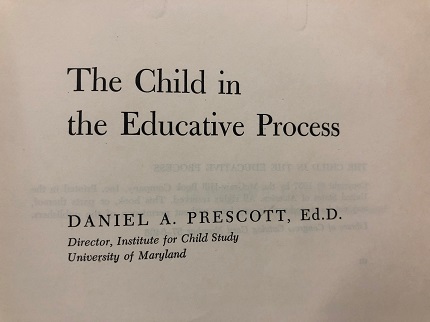 ‘Learning, development, and adjustment are individual matters which take place in a group context in which persons at home, other children at school, and the teacher all play important parts.' (1957)

‘It is precisely this uniqueness of individuals within a context of social alikeness that makes it necessary to apply scientific knowledge and the scientific method in making judgements about how to carry on the educative process.' (1957)

‘To stress either individual uniqueness or group standards without relating each to the other in a functional way is to distort the educative process and to prevent the healthy development of many children.' (1957)

‘Teachers interact with children an enormous number of times every hour of the day … every one of those interactions is evaluative, requiring a judgement.' (1957)

‘So many of the judgements teachers make are good judgements that promote the learning, development, and adjustment of children and youth.' (1957)

‘During any single school day a teacher obviously must make hundreds of decisions–decisions about each individual pupil, about the class as a whole … these accumulating decisions create the conditions under which the pupils live and learn at school.' (1957)

‘The multitudinous daily decisions made by teachers are the fundamental bases of the educative process in our schools.' (1957)

‘Music, painting and drawing, clay modelling, rhythms and folk dancing, games and sports, construction, and dramatic play all offer children fine opportunities to free themselves to give sustained attention to their school tasks.' (1957)

‘The complexity of motivation, even in quite young children, is so great, and the variations in motivation from child to child in a given classroom are so vast.' (1957)

‘Human relationships in the classrooms and the child's daily experiences in and about the school are powerful factors in development.' (1957) 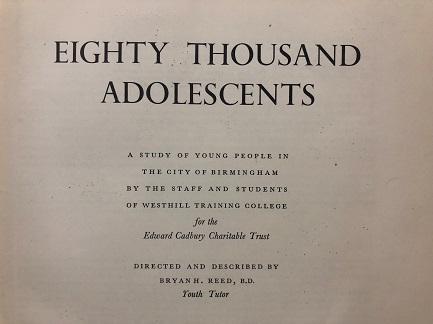 ‘We invited young people to tell us how old they were when they left school and whether or not they would have preferred to stay on at school beyond this age. 62 per cent of the boys and 68 per cent of the girls had no desire to remain longer at school.' (1950)

‘Adolescence is a bridge across which young people should be helped to take their place in the life of the larger community.' (1950)

‘Young people will feel that they are part of the community as a whole when that community can offer them opportunities of continued service and usefulness after they have left the teens behind them.' (1950)

‘If young people are to be helped to become good citizens, it is necessary not only to encourage them to give service to the community, but to become well informed about local conditions and local affairs.' (1950)

‘The fact of community can be communicated to young people … by shared activity in which differences of age are largely forgotten in the pursuit of common enterprise.' (1950)

‘We think it important that in planning the activities of their various units, leaders should leave some time when young people can dally in conversation and be given opportunities to form friendships and learn social behaviour.' (1950) 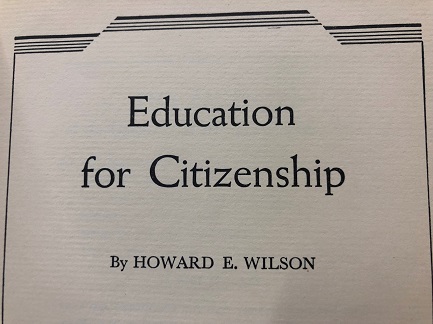 ‘There will be inevitable divergences of opinion as to what information is of most worth, but as to the necessity of teaching information there will be little doubt.' (1938)

‘A program of social education in its wider sense cannot be restricted to social-studies classrooms, but is strikingly dependent upon the development of well-rounded school living.' (1938)

‘It is not too much to ask that pupils study such matters as forms of student participation in school government, how one gets elected to office, what qualities make for popularity among one's mates … and what the relation of academic work to active living is.' (1938)

‘The use of the community for field trips and as a “laboratory” has a demonstrable relation to pupils' acquaintance with local problems.' (1938)

‘To what extent do pupils use the resources of an educational and recreational nature which are available for them, not alone in the school but in their general environment?' (1938)

‘There is some evidence that a curriculum based on current events does not give pupils more information about current affairs than does skilful teaching in more traditional fields with systematic reference to current matters.' (1938)

‘There is some evidence to indicate that pupils are not well informed on international affairs, or basic trends in industrial life and governmental theory and structure … in general their knowledge of current affairs does not go far below the level of the headlines.' (1938)

‘The typical pupil reads, or at least examines almost two books each month. Over two-thirds of the secondary school pupils read a newspaper regularly, while practically all the rest indicate occasional newspaper usage.' (1938) 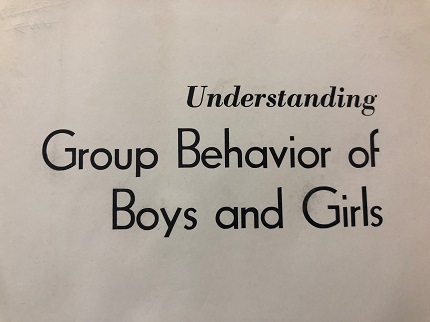 ‘Teachers are becoming increasingly aware of their responsibility to help every pupil acquire the immediate social skills of getting along with others.' (1951)

‘Even creativity, often thought to be a purely individual matter, is frequently group-linked. Some experience is, of course, individual and isolated. But in any society … much experience is in terms of the interaction of people.' (1951)

‘We are growing in our awareness that there is such a thing as group creativity – creative action by the group.' (1951)

‘Group art, as in planning and executing murals, group creation of music, poetry, dramatics, rhythms, dance, and other creative activity not only are important expressions of the group process but may be important forms of art.' (1951)

‘Behaviour is not the result of innate meanness or of inborn goodness, but is caused by what a person has experienced or is experiencing.' (1951)

‘A group that was able to develop goals, plan attainment of goals, cooperate in achieving them, and evaluate progress was the group that learned, grew, and developed.' (1951)

‘Teachers whom observers agreed were most effective used the widest range of patterns, according to the appropriateness of the pattern to the situation.' (1951)

‘It is recognised that the professed aim of our society is to develop the skills and attitudes which contribute to democracy and to individual and group welfare. It is expected that the pattern of interaction in the classroom will contribute to attaining this objective.' (1951)

Do you have an old education textbook that you still refer to? What education texts are you currently reading? Facebook or Tweet us a photo or your favourite quote with the author and the year of publication.