Snapchatting in schools – how are school leaders managing issues of cyber bullying and sexting?

‘Snapping' is no longer the exclusive domain of turtles. The social media Snapchat, launched in 2011, has captured the youth market, enabling users to take ‘snaps' – photos, videos and drawings – and disseminate them.

Although in recent years the software has added a range of fun filters that can distort, contort and reframe images, from the outset the application's appeal has been in its capacity to capture impermanent ‘snaps' that can be timed to disappear.

Recognising the social impact of this software, a team of researchers from the University of New England's School of Education conducted a research project to find out more about the ways that the media were used by young people and its influence in schools.

In 2015 the team invited all New South Wales schools (government, Catholic and independent; leaders, teachers and students) to participate in an online survey and to follow-up interviews. The project is currently being scaled up to include surveying the rest of Australian schools.

Preliminary findings are telling. Forty-two per cent of educators said that their classroom has been influenced by disappearing media such as Snapchat and 52 per cent felt that social media influences their teaching. This is good news, because 90 per cent of them raise issues around social media with their students.

In their interviews, principals discussed the potential of social media for both teaching and learning and the need to work proactively in schools and communities to raise awareness of issues associated with the misuse of Snapchat. While it is the response of some schools to ban mobile phones entirely, others focus on educating youngsters on ‘good digital citizenship'.

How are schools dealing with issues?

The principal quoted below reported employing ‘tech savvy' staff who head issues off at the pass and monitor usage. This employment strategy can serve as a deterrent to misbehaviour when students know that there are teachers with technological competence.

‘We are byod (bring your own device) top to bottom. And we've been pushing it fiercely. We use the phrase ‘good digital citizenship'. But it's complex. I've got five staff who are really smart with ICT… We have all this expertise integrated into management and our curriculum.'

There was a need expressed for teachers to understand the pedagogic implications of Snapchat if they are to engage with the digital worlds of young people.

‘Teachers really need to know the world that these kids are in and what they are using on a daily basis and how they are using it. Because I think that informs how they teach these people and where there are opportunities to educate and guide them.'

Although many respondents commented on creative youth media use, there were reports of cyber bullying and cyber harassment. The nature of the self-destruct timer enables malicious material to be sent and timed to disappear, making it very difficult to track unless the user manages to take a screenshot.

The application is often used for innocent cyber flirting – a product of youth cultures that are media enhanced. Yet, when sexually explicit images that are timed to disappear are captured, retained and disseminated, there can be far reaching consequences for the students and their families. School leaders and teachers are caught in a position where they need to act.

Working with the community

In many schools, staff work closely with school liaison police. These officers are charged with the role of supporting educators to reduce youth crime, violence and anti-social behaviour through a range of school intervention strategies, educational programs.

‘Our dedicated police youth liaison officer has been in the school for four months. She has 18 to 20 high schools so she is spread rather thin… She is never angry or yells at the kids but again family and students take it very seriously ... I would use her more if she was available. She is a very useful backup.'

Principals promote awareness among their communities so that parents and caregivers can recognise what they can do to support their children.

‘We try to communicate with parents with our newsletter. We also look at how we are working with parents to educate these young people about what's right or wrong and making sure that they are not in a position where they are suffering the consequences … If they choose that path of ignorance and allow their child to just use that application without any guidance from an adult, that's when they end up in trouble and then the ramifications of that are quite extreme for certain individuals.'

Taking proactive action to educate children and families on appropriate digital media use is important for the wellbeing of the whole community. Principals reported that it can be both unpleasant and confronting when working through the bullying and sexting issues with parents and their children.

‘One of the toughest parts of our job is when an incident has happened – actually sitting down with that student and the parent and that child having to tell their parent exactly what they have been doing on their phone. So often that's the worst part about it because it's just sheer shock on the part of the parent. I think sometimes parents just really aren't aware of what they are actually doing on those devices.'

While there is a plethora of research on Facebook, less has been undertaken in the area of Snapchat as an emerging social media. More research is needed on the creative use of Snapchat among young people, its potential as a pedagogical tool in schools and ways that schools can address the dark side of its misuse.

How does your school respond to incidences of cyber bullying or harassment? As a school leader, how is this communicated to staff? 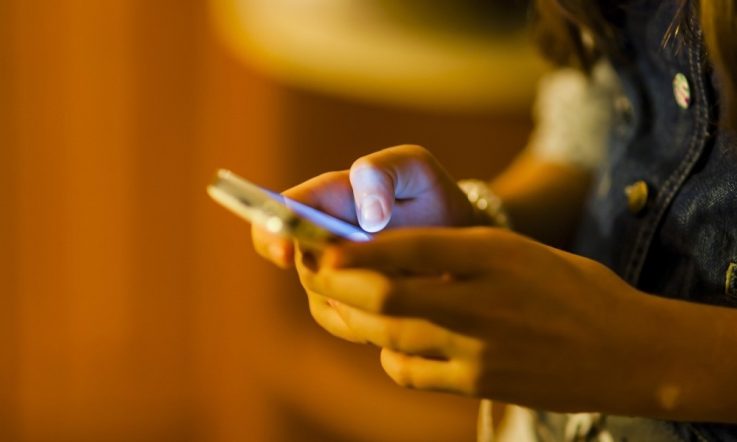 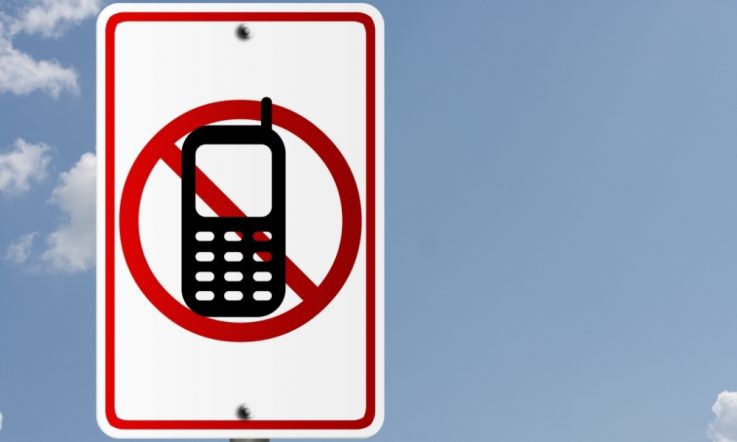