So you want to be creative?

When I think back on my experiences as a student, I recall elements of creativity, assuming that creativity involves posing questions, discussing and reflecting. The problem was that the posing, discussing and reflecting addressed questions of faith in a convent school during the early 1980s in Year 7 Religious Education and this wasn’t applauded by the cheerful and gentle nun who taught the classes. At the parent-teacher interview she politely and hopefully asked my mother to tell me to stop, because the questions were too tricky.

Researchers have shown that teachers in general don’t favour or encourage students who score well on creativity tests. My Year 7 experience might throw some light on why. My teacher was being pushed out of her comfort zone and probably would’ve preferred that we didn’t reason why, but just got on with it, as Alfred, Lord Tennyson wrote of his troops, in his poem on the Charge of the Light Brigade at the Battle of Balaclava during the Crimean War. It’s not only tricky questions that may lead teachers to dislike creativity in students. They may not like the personality characteristics, as Jane Piirto lists them in Understanding Those Who Create, of the creative individual – like openness and naiveté, unorthodox behaviour, heightened emotion and tenacity.

The positives and negatives of creative individuals

Let me introduce Peter, not his real name, a student whom I taught some years ago who tested highly on creativity tests. Peter was given a homework assignment where he was to use Google maps to set out a marathon course in the general area in which he lived. An extension activity to be completed in the class following completion of the homework was to insert checkpoints at approximately 80-metre intervals. When he submitted his homework, Peter had already differentiated the task by carefully setting evenly-spaced checkpoints and had explicitly explained where they were. In his design, he also noted that the checkpoints were for athletes to receive water for hydration. Rather than submit a copy of the Google map as a representation of his marathon, as the other students did, he submitted a detailed, written account.

Peter had a well-adapted and mature response to the academic aspects of school and yet he would often bang his head on the table when he couldn’t find a pencil, or cry uncontrollably when he judged that the end-of-play bell went too early or when he got out in a game of dodge ball. Given the choice, I suspect he would’ve preferred not to have responded so extremely to such mundane events, but he did not choose mediocrity as an approach to academic work.

Nicholas Colangelo and Gary Davis in Handbook of Gifted Education list positive and negative personality characteristics of the creative individual. Negative traits include being sloppy with details, temperamental and over active. These are likely to be characteristics that will not be rewarded by teachers in the school setting. Positive traits, however, include passion, risk-taking, energy, open-mindedness, humour and originality.

Of course, creativity is present in the cognition of all thinking human beings, which means that creativity can, and should, be present within our classrooms. But what is creativity and how can we plan for it and assess it?

Quite simply, according to Piirto, to be creative, one must create, which implies that something new is being posited, which in turn implies the existence of novelty within the creation. Arthur Cropley, author of Creativity in Education and Learning, likewise maintains that novelty is a prerequisite for creativity, but adds that meaning and practicality also have a part to play. For Cropley, the three elements of creativity are novelty, effectiveness and ethicality.

For American psychologist Paul Torrance, skills, abilities and motives are indicators of creativity. A creative person will possess skills such as critical thinking and divergent thinking, will be able to concentrate and imagine at higher levels than those around them, and will be curious and persistent. In the 1960s and beyond, Torrance developed the Torrance Tests of Creative Thinking, which he maintained were the most reliable method of assessing giftedness. He identified and developed tests for thinking and other problem-solving skills addressing:

According to Torrance, a creative student not only thinks creatively, but also has personality traits such as risk-taking, independence, humour and a strong self-concept.

My student, Peter, comes to mind again. A teacher who focused only on the work he completed may have been slightly annoyed that he hadn’t strictly followed the homework instructions. In truth, I was slightly annoyed at first, but when I listened to him explain the process he took, I recognised his critical and divergent thinking, as well as the persistence and concentration required to complete the task in written form.

Once I recognised Peter as a creative thinker, my role was to nurture and develop his creative potential using the Expanded Stage model developed by Cropley, shown in Table 1.

This attempts to identify creativity in terms of the stages by which creative products emerge. Educators can use this model to identify the stage of creativity on which they wish to focus their teaching and learning outcomes, as well as for assessment. I use it when planning a unit and modify it for use as a rubric that is age appropriate for the students that I’m teaching. The Torrance Tests of Creative Thinking can be easily administered by a classroom teacher to help determine which students to include in an enrichment program, if you’re lucky enough to work in a school that offers one. I’d strongly recommend that you then use the Creative Thinking Skills model developed by Frank Williams, shown in Table 2.

Robert Sternberg offers practical suggestions to develop creativity in gifted students. These include encouraging and valuing:

Following Sternberg’s suggestions is no easy feat, not least because you must first establish rapport with your students to the point where they happily adopt your attitudes of acceptance and appreciation of questioning and curiosity. Mistakes must inevitably be accepted as another way of learning. A classroom where 28 people value creativity is 28 times more effective in encouraging creativity than a classroom where a teacher assumes sole responsibility.

Effectiveness is also enhanced when students are actively involved in their own and others’ learning and assessment processes. At a time where ‘to Google’ risks becoming simply a routine method for finding answers, it’s more important than ever that we foster the ability for creative and original thought both in ourselves and in our students. The test for us is to acquire expertise, and to assist our students to acquire expertise, in identifying, consolidating, categorising and valuing truly creative thought.

Cropley, A.J. (2001). Creativity in education and learning: A guide for teachers and educators. London: Kogan Page.

When designing your lessons, do you plan for creativity? If so, how do you assess it?

The author notes that ‘a creative person will possess skills such as critical thinking and divergent thinking’. How do you encourage these traits in your classroom? 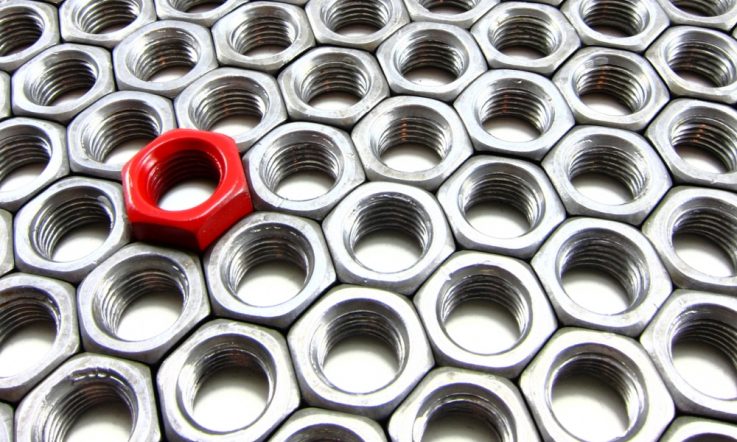