Students scale up their skills for STEM challenge

A blob trying to break through the Earth into the Underworld, a scientist jumping through size-altering portals to escape a city in chaos, and a man called Nox who wakes up dazed and confused in a scrapyard. These are some of the protagonists from winning games created by school students in this year’s Australian STEM Video Game Challenge.

The challenge aims to foster students’ Science, Technology, Engineering and Mathematics (STEM) skills and knowledge, and increase representation of female students in STEM-related fields. It ties in with the Australian Curriculum and provides free resources for teachers, including a teacher learning pack with suggestions for lessons to mirror the game development cycle in your own classroom.

The annual competition, managed in Australia by the ACER Foundation, is open to students in Years 5-12 who work in teams of one to four, alongside a nominated adult mentor such as a teacher. The task for 2021 was to build, test and create an original game on the theme of ‘scale’. And students who entered from across the country didn’t disappoint, coming up with some imaginative worlds and clever ways to incorporate the theme.

Visitors to Australia’s biggest gaming expo, PAX Aus Online, will get a chance to try out the best from today. You can play the games yourself by clicking on the download links at the Australian STEM Video Game Challenge PAX exhibitor page. Here are the winning games:

Scalyze is a platform game where players take on the role of a scientist who has been working on portals that change the size of things. It’s all going well until a pesky spider comes down from the roof and gets sucked into one of the portals … and unfortunately it’s the one that makes things grow bigger. It’s not all bad news though as the glitch has meant there are now portals scattered throughout the city that can help you escape the ensuing chaos. Your mission is to use the different scaling effects to your advantage and navigate your way through each level to safety.

This was an open category winner and the team chose the GameMaker creation platform.

Team Jele have created a moody backdrop for this platform adventure game. You play Nox, a man who wakes up in a scrapyard with amnesia. All he knows is that he’s got to get out of there! The aim is to jump between the platforms to make it through each level, picking up metal coins along the way. As you progress, you’ll also bump into some additional characters – C2 the robot, Penny the scrapyard worker and a grey cat called Cro.

Two Frames Per Second, the team behind Arachnophobia, produced a video game that mixes a decision-making text adventure with mini challenges thrown in along the way. You play tiny Lemon Boy, who wants to return to normal size and normal life at home. A spider nicknamed Ant (short for Antagonist but whose real name is Lord Araach) doesn’t want Lemon Boy to succeed. The setting for the game is a secret cave system under our hero’s backyard. To succeed and make it home you’ll have to make the right decisions to navigate each level and beat each boss.

Instead of focusing on changing size, Global Scale centres on the challenge to collect seven orbs in order to complete a major scale and bring music back to your island. Team studio tromboon use a design technique called ‘low poly’ for this 3D platform puzzler. There’s lots of exploration of your surroundings and the aim of the game also has a neat link into the soundtrack, which changes as you collect more notes.

Team Soulcube came up with another way of interpreting the challenge theme. They describe Murus ‘as an arcade platformer with a twist’ ­– it doesn’t have any platforms. Instead, players need to scale walls (Murus is the Latin word for ‘wall’) to collect magical orbs and avoid plunging to the lava floor. There are lots of stages and a range of characters to unlock as you work your way through the campaign. You can also choose your level of difficulty, and create custom campaign maps in the ‘Cartography’ option.

If you want to succeed at Space Blob Advance you’ll need to think logically. This platformer sees you take control of Blobby – a small blob that gains mass. As the game levels increase in difficulty, this cute blue blob develops the ability to split, meaning it can shrink back down to fit into smaller places and activate multiple pressure plates. The aim of the game is to gain access to the Underworld to take on a main ‘boss’.

This was an open category winner and the team chose the GameMaker creation platform.

The Australian STEM Video Game Challenge is an authentic STEM activity which involves students participating in coding and design to create a playable game. Do your students have the opportunity to participate in authentic STEM learning activities?

The challenge also seeks to address the disparity between the representation of male and female students in STEM-related fields. How do you encourage female students to consider taking STEM subjects in senior high school? 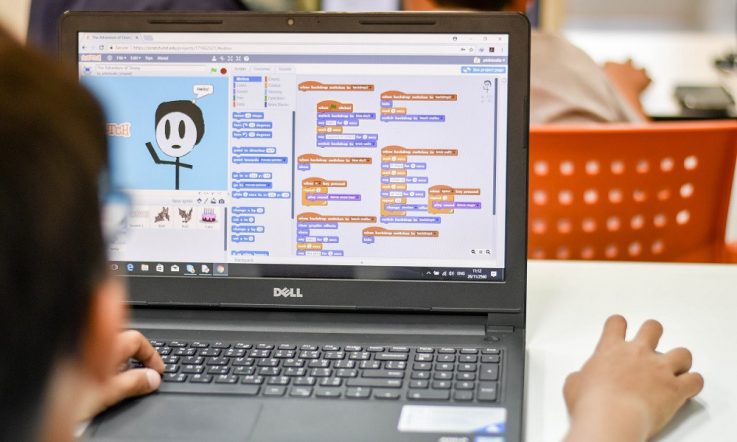 Teaching coding in a purposeful way 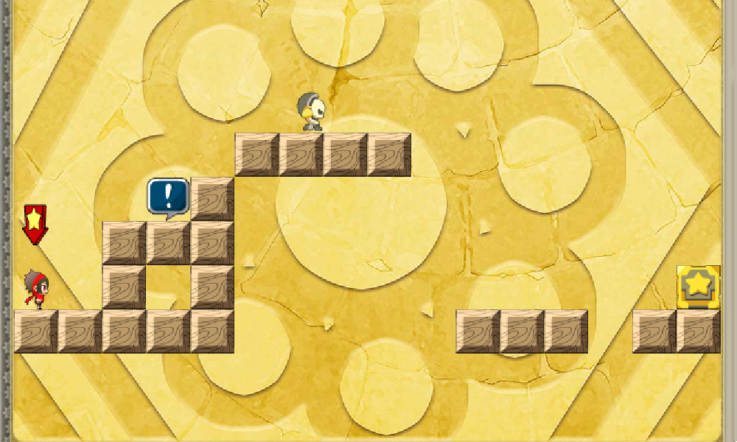