The biennial Narragunnawali Awards recognise Australian schools and early learning services that are implementing outstanding reconciliation initiatives. The 2021 winner in the schools category was St Virgil’s College in Tasmania. In today’s article Bridget Jenkins, the college's Aboriginal Student Support Teacher, shares some of the significant moments in the school’s reconciliation journey.

St Virgil's College in nipaluna (Hobart), Tasmania, is an all-boys Catholic school in the Edmund Rice Tradition situated on the lands of the muwinina (pronounced mou-wee-nee-nar) people.

St Virgil's has, from the very beginning, been vocal about the importance of walking alongside the Tasmanian Aboriginal people, seeking to address the barriers that prevent participation.

'The RAP was when we started to review, document and plan what we were trying to achieve in reconciliation,’ Bridget Jenkins, the college’s Aboriginal Student Support Teacher, explains. ‘We worked at all levels of the college, including leadership, and embedding reconciliation in all our documents, policies and strategic planning. We started to talk very openly of it being inherent in the identity of the school.’

In 2017 St Virgil’s was selected as a finalist in the Narragunnawali Awards for their excellent work creating a safe and trusted environment where Aboriginal students could learn about their culture. The judging panel's feedback was that the college needed to focus on further embedding reconciliation initiatives into the curriculum and develop a whole-school approach.

Taking this feedback onboard, the college focused their efforts on more holistic measures to involve the entire community in their reconciliation journey. When it closed temporarily in 2020 due to COVID-19, staff and students initiated a Cool Fire Burning Programme*, influenced by First Nations fire management practices.

When it reopened, staff invited Aboriginal people to help advise and educate them and develop the program to include cultural burning opportunities.

The program has grown to involve many community members and has resulted in beautiful healing for all involved and for Country itself.

The college has also stopped referring to the land as 'school property', instead describing ownership in terms of recognising the muwinina people as the first people and the palawa people as the present custodians.

During 2021’s National Reconciliation Week, the college held a competition for students to design their own AFL jumper, using images inspired by Country on which their school is located.

'The winning design was developed into a Home and Away set of jumpers the senior students wore during our inaugural Treaty Match held on 6 August 2021,' Jenkins says.

'This day commemorated the 190-year anniversary of the Treaty Handshake between George Augustus Robinson and Tasmanian Aboriginal resistance leader Mannalargenna in 1831, a treaty that was never rescinded or revoked.

'I think this is one of the most special things I've ever been involved in. I was so proud that we marked 6 August in everyone's heads as a day that truly happened, and we started this conversation in our whole community.’

The college is also committed to strongly embedding Aboriginal history in its curriculum, using Aboriginal Tasmanian examples wherever possible, and including First Nations' perspectives from mainland Australia and around the world.

Jenkins points out that the college has been meticulous in documenting their journey. 'We've created and reviewed our publications in consultation with members of the Tasmanian Aboriginal community and our school leadership so that we can explain what we're doing in an authentic, culturally safe and approved manner.'

She says the Narragunnawali Award is recognition of the many important achievements of the last two years that are the result of work that began more than 15 years ago. 'We've been slowly doing the hard yards, and the teachers, students, families and palawa people that all began this were incredibly brave and determined because not everyone understood it early on.

'It's so affirming to win this national award, but it's also a huge responsibility. We have to make sure we keep going because we have a much wider platform now, and that means we have a greater capacity and opportunity to do good, strong, meaningful work.'

Jenkins’ advice for other schools on their reconciliation journey is to be very patient, work at a realistic pace, be open and be prepared to feel uncomfortable.

'You can't rush reconciliation because any reconciliation project depends on establishing trust-filled relationships with Aboriginal peoples, your staff, students, your families and the wider community, and that takes time.'

*St Virgil's Cool Fire Burning Programme is based on published First Nations' fire practice and is only referred to as Cultural Burning when Aboriginal People are present to lead the program.

Think about your own school community. How do you work to increase students’ knowledge and understanding of Indigenous histories, culture and experiences?

As a school leader, what opportunities exist to develop links with members of the local community who are experts in this area? 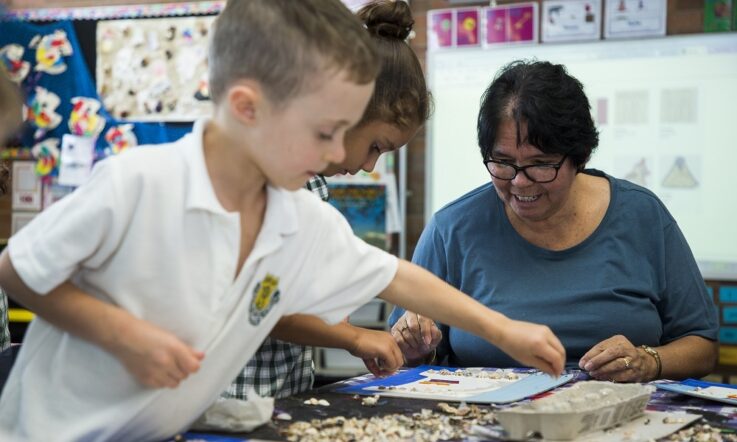 Podcast: Cultural residents in the classroom 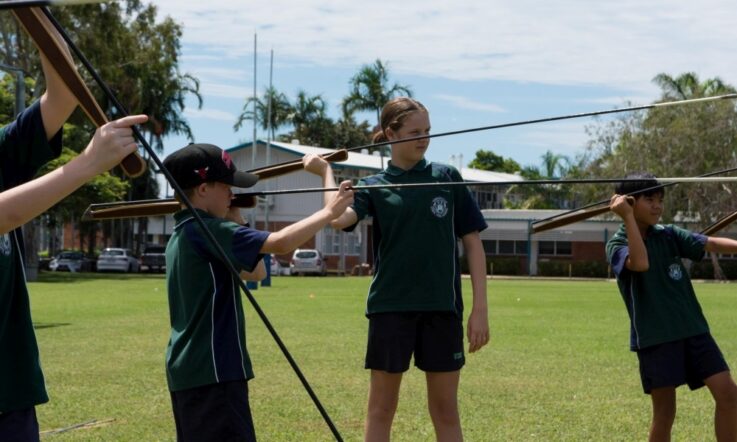