The Research Files Episode 15: The impact of dads reading to children

You're listening to The Research Files, brought to you by Teacher magazine - I'm Jo Earp. My guest is Dr Elisabeth Duursma, Senior Lecturer in Early Childhood Literacy at The University of Wollongong, in New South Wales. She joined me to talk about her research exploring the impact of fathers reading to their children, and why it has implications for educators in the classroom. I started by asking what the aim of the study was.

Elisabeth Duursma: Well, in the book reading literature and research, the focus has always been on mothers - we know a lot about mothers reading to their children. For this study, I really wanted to put the spotlight on fathers. Because we know very little about fathers reading to their children, but I think in this day and age fathers are taking more of a responsibility, more of an active role in children's development. ...

ED: Yes, exactly. We always said, a father or male who plays a very important role in the child's life.

JE: How did you actually go about it? Who was involved?

ED: This was done in the US, where I did my PhD - this is part of a larger study called Early Head Start, which is an intervention program targeted at low income families with children between the ages of zero and three. And so, we collected data from 3001 families and we asked each of the families [if the] father would be interested in being part of the father study. Of those 3000 families, about 800 fathers said they would be interested in participating.

We collected data on the fathers when the children were two, three and five. ... And we have data for mums as well.

What we did is, we interviewed both parents about a whole range of demographics - where they worked, what they did, how they were engaged in their children's lives - but also about activities they liked to do with their children (and book reading was one of those). We also videotaped parents individually interacting with their children.

So, I analysed both the data from the fathers and the mothers, but focused particularly on the fathers and looked at how often [they reported] reading to their children. Then I related that to child’s outcomes, both at age three and age five.

What I was really interested in seeing is: if parents start really early reading to their children, does that have a strong impact later on? Which, it did.

JE: Okay. Obviously, that was one of the key findings. Do you just want to go through some of the [other] highlights?

ED: I wanted to see, if I control for mother's book reading ... if what dads are doing makes a difference. So it's kind of on top of what mums are doing, does it make a difference?

And it did. It did make more of a difference for these children when they were three and five for their language and cognitive development. There was something about what dads are doing that made a difference. So, then I started looking at the interactions between fathers and children around the book.

It was quite interesting that they [fathers] have very different ways of interacting around the book. Mums are what I call kind of 'teachers' - they ask a lot of questions about the book, objects in the book, labelling ... How many apples are there? What are the colours of this animal? What sound does he make?

I think one of the reasons is, probably, dads are not used to reading very often, so they use a lot of different techniques to engage the child and one of them is probably relating things to the child's own life. But, on the other hand, they used a lot of very different language, more abstract, more challenging to children - so I think that might be one of the reasons why it had such a big impact on children's language and cognitive development. It was really challenging for them [the children] to read with their fathers.

JE: That's interesting. The implications firstly for parents then, I guess that you suggest maybe they work well together then?

ED: ... I strongly recommend that dads read. A lot of dads don't realise how important it is, what they are doing. They often say 'Oh, the mum is doing all the work, what I do doesn't really matter.' I actually found that's not the case, they each have their unique contributions. I think mums may be doing kind of the 'groundwork' on the book but what dads do ... even when you observe them, you can see they do totally different things.

When I talk to people about this research they're like: 'I can totally see the dads are really engaged, doing all these different sounds and voices. It's not like a quiet, nice bedtime story, but it's really ... Dad is enacting the story and it's really different.' I think that is really important as well for children.

So, I think dads shouldn't underestimate their importance. I think especially with boys, because nowadays a lot of children spend lots of time outside the home, especially in early childhood settings, where predominantly the teachers are female. So, if they don't see their dad reading, or another important father figure, by the time they enter primary school (which are often female teachers as well) they haven't had kind of a [male] 'role model' who's reading to them.

We know that a lot of boys struggle with reading, so I would really strongly encourage dads to read as well, so boys can see that reading is something really cool and entertaining and exciting to do. For dads to be that role model would be great.

JE: And I guess that would be [your] recommendation for schools and educators? Looking further [ahead] to when they do get to school, how can this research help support educators in what they're discussing with parents around the benefits of reading?

ED: Yes, really encouraging dads or any other males that are involved in the child's life to read often to their kids. ... Even having dads come into the classroom and read to the kids - I think most kids would really enjoy that and it's so cool to see someone else's dad read a story that you really enjoy.

Even those small things, asking a dad: 'Can you come in [to the classroom], maybe tell us something about your job, maybe you want to read a story as well'. I think that's a great way for schools and early childhood centres to connect with families as well and stress the importance of literacy ...

JE: Dr Elisabeth Duursma there, encouraging educators to invite male role models into the classroom to share their story and read with children.

That's all from this episode of The Research Files. To download all of our podcasts for free, visit acer.ac/teacheritunes or www.soundcloud.com/teacher-acer. To access the latest Teacher articles, videos and infographics visit www.teachermagazine.com.au. Or, join our community on social media via Facebook and Twitter.

Duursma, E. (2014). The effects of fathers’ and mothers’ reading to their children on language outcomes of children participating in Early Head Start in the United States. Fathering, 12 (3), 283-302.

When speaking to teachers, do you encourage both parents to read aloud to their children?

Do your students have both male and female ‘reading role models’? 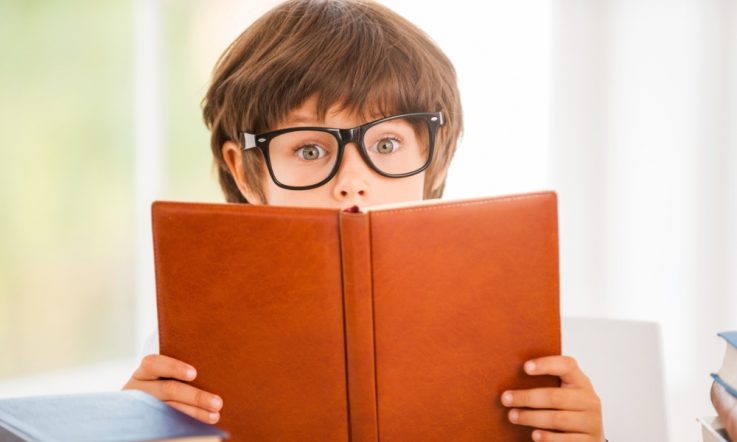 The Research Files: Reading for pleasure