My guest for the first episode of The Research Files for 2018 is Associate Professor Linda Hobbs, lead author of the report Girls' Future – Our Future. The Australian study was developed for the Invergowrie Foundation by researchers from Deakin University and the University of Melbourne and looks at the decline in the participation rates of girls in Science, Technology, Engineering and Mathematics subjects and girls' engagement in STEM at school. I started by asking Dr Hobbs about the difference in participation rates for male and female students.

Linda Hobbs: There are studies showing at the moment that there's certainly still a differentiation between the amount of girls and boys doing the senior STEM subjects – that's including the suite of Maths subjects, the Science subjects, but also in the IT subjects. In particular, Engineers Australia put out a report that showed that Advanced and Intermediate Maths subjects had greater percentage of males – so 11.5 per cent compared to 6.2 per cent in Advanced Maths; and Intermediate Maths you had 28.4 per cent for males and 20.6 per cent for females.

… In the Sciences, the Biology representation is relatively similar, but you particularly find the discrepancy in the Physics, where you've got 21 per cent males and 5.9 per cent females. So that's quite a big difference, and that's been quite a traditional difference between male and female participation in Physics. What that means is that out of the whole cohort of Year 12 students undertaking Year 12 at the time, in terms of Physics, for example, around 27 per cent of students are choosing Physics and 21 per cent are male and 5.9 per cent are female.

LH: That's correct. Chemistry it's a lot closer – 19.2 per cent and 16.5 for females. There has always been, and continues to be, a preference for girls to go more towards the Biology side of things and into Chemistry and it's still a male-dominated area in the Physics, at Year 12.

JE: And so we're talking about female participation in STEM subjects and STEM-related careers. Why is this an important issue? To put it bluntly, why should we be concerned about those stats that you discussed a moment ago?

LH: This issue of the underrepresentation of women in STEM has a number of bases. First is, it's about representation. So, it's about recognising that you have equal number of women and men in the population and to not have equal representation of women in this particular area means that their ideas, what women can bring, is not being represented within that space. Particularly with this innovation culture that we have at the moment, the need to have new ways of thinking about things, it's actually really important to have that diversity of thinking and the different approaches that women can bring to that space.

The other thing is about inclusivity – the more women you have, the more likely you're going to have women join. … If you have women already in those areas more women are likely to take them up because there are more mentors, there are more ways of looking at a career, or a job, or a skillset, that could be amenable for a young person, a young woman.

JE: At a school level, in terms of females choosing those subjects at senior secondary level, is the worry that they're not keeping their options open, that this is a broad skillset and we should be encouraging them to go into these subjects?

LH: Well certainly it is worthwhile thinking about choosing subjects at school that can prepare you for, not necessarily just a particular career trajectory but preparation for life. Unfortunately Year 11 and 12 has really become about what career you're doing, what university course you want to get into. But certainly leaving your options open, having some sort of mathematics, some sort of science behind you (and there are a range of sciences), it does enable you to keep developing those skills that will be transferable both into a lot of careers, but also into life generally. So, being able to generate data, being able to work with data, draw conclusions from evidence – those are all skills that you can gain from doing a science or maths at that higher level, and that can be transferrable into many different careers and in life generally.

JE: Now, the research team explored reasons why many girls are not pursuing STEM subjects in school, and careers once they leave school. What did you find there?

LH: There are a number of reasons why girls don't choose maths and science at that senior level. Some of it is because they've developed an idea of whether they're good at it, whether they like it, probably from very early on. That happens for a number of reasons and you often hear from people ‘well, girls just don't like STEM' or ‘a lot of girls just don't like doing maths or don't like doing science', or some girls even. So, the question is: Why is it that girls do or don't prefer? That's in our culture. Actually, in other cultures girls do, there is an equal representation of males and females doing these things. So, when you ask the question of: Why is it that girls aren't choosing? We have to look at the culture, to see how the culture is influencing these things, because it's not innate to the individual.

For example, you have curriculum fairly early on and teachers and parents talking about things in a particular way that might limit choices for girls. A lot of these things go under the radar, you don't realise you're doing it. We call that unconscious bias … So ‘girls don't do very well in maths' or ‘I don't have to be able to do those things, I'm a girl', or, ‘as a woman'.

There are a lot of parent attitudes out there that are based on old understandings of what STEM is and what it can offer, and also the role of schooling in preparing young people for life, and how science and maths at school can actually help prepare young people for life and it doesn't have to just be about career.

The other thing is that girls can be discouraged by careers advisers from taking on science and maths-related careers.

Perceptions of STEM, not understanding the various ideas or different careers, but also ‘that's not a very feminine thing for a girl to do', ‘that's a male-oriented area' – those things can really impact on a young girl working out what might be something attractive for them to do.

Also access to opportunities, and I think this is changing a bit actually, particularly with the latest opportunities that are being made with this STEM push within schools. There are a lot of STEM opportunities coming, but I think they're slow to pick up ...

JE: So, thinking about things, particularly at the school level then. What can do to change this?

LH: One of the things I believe needs to be done when we say we have to be proactive in this is start thinking about [the] teaching approaches and the nature of the learning experiences that we're getting our students to participate in. Particularly, girls tend to do well in tasks where it's group work, where there's teamwork, also the notion of communication.

… Also, there are a number of things that people often talk about in relation to females in education – one is that they like to experience success. So, providing successful experiences will encourage them to move on. Now, that's the same with all students, I appreciate that. The other things is that if you can find contexts that have some social element to it, that can often be attractive to girls as well. They will often plan things out, they'll be very thoughtful in the way they do it, whereas a boy group, for example, on the same challenge might actually just go ahead, make the thing and then think about it later. Now, they're gross generalisations of course but [that] can arise and that can often happen. So I think having blended groups is really quite valuable, so that you've got males and females, that idea of having diversity of thinking and diversity of approaches is really important.

… Some of the other things that teachers can do is embedding within the learning experiences strong mentors, strong female mentors. Part of the issue with girls – and thinking about why girls may not want to go into STEM areas – is that when they are presented with mentors, or role models, that are unattractive to them they're not going to think about that as a possible career for themselves, and therefore they choose not to do it. So, yes it's about choice but it's about how you inform that choice with as much information as possible and as truthfully as possible as well. There are a lot of programs now that are being funded by small grants and what have you that are all about finding some of those mentors, some of those role models, and making them available and accessible, getting them into schools, having them as a resource for teachers to draw from – it's quite exciting actually when you see a lot of the things happening.

The challenge for schools will be to get access to those and know how to use, them as effectively as possible, in order to inform their programs. The problem will come if teachers want to continue to do the same curriculum in the same way – so, science it's still the same programs in an uncontextualised way.

It's when you start seeing how science in the classroom is used, within the community and within industry, that they actually begin to see what's possible and I think there really does need to be continued governmental support and funding to support teachers in being able to access and utilise some of those resources in order to redevelop their curriculum.

… One of the things that we found in the report is that starting early is really important. So that means that you think about this in primary schools, lower primary actually, because the kids develop their understandings about themselves in relation to these different careers and jobs very early on, and also in relation to these ways of thinking. But then you don't just have individual experiences, it has to be continuity of experience.

So, looking at programs or looking at how schools can have exposure to these various role models, ways of thinking, why STEM is important in society all the way through schooling is really important. Now that's going to be a challenge for both primary schools – because they are unfamiliar with this area a lot of the time, but they're keen to learn – and also in secondary schools, they might be familiar with the curriculum and the knowledge, but often they don't have that industry exposure. So, allowing them to actually experience some of those industries, as teachers, is going to be critical as well.

That's all for this episode, to keep listening or to download all of our podcasts for free, whether it's more on The Research Files or our series on Behaviour Management, School Improvement, Teaching Methods, Global Education or Action Research, just visit acer.ac/teacheritunes or soundCloud.com/teacher-ACER. The full transcript of this podcast and further information about the study discussed in this episode is available at teachermagazine.com.au. That's where you'll also find the latest articles, videos and infographics for free.

In what ways do you encourage female students to continue with STEM studies into senior high school and beyond?

When promoting STEM study and careers, how often do you use female role models? Do students have the opportunity to work with female mentors? 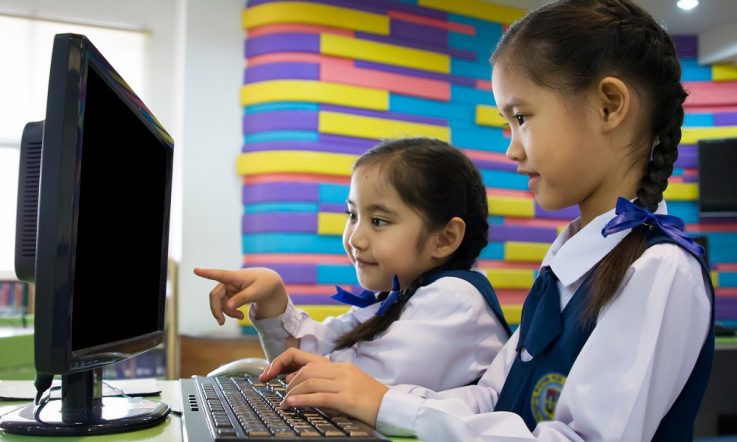 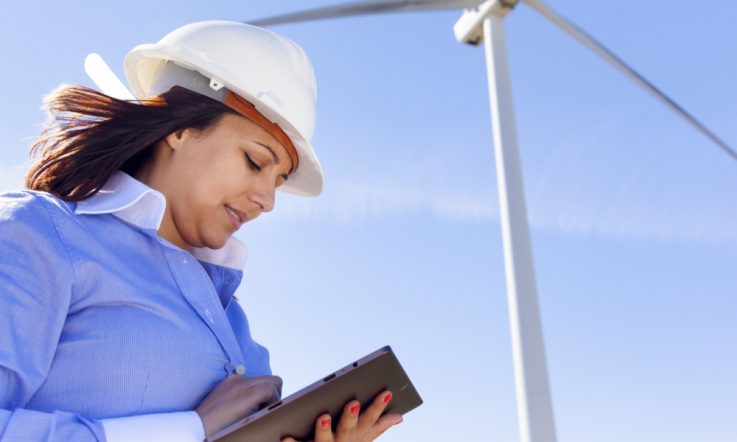 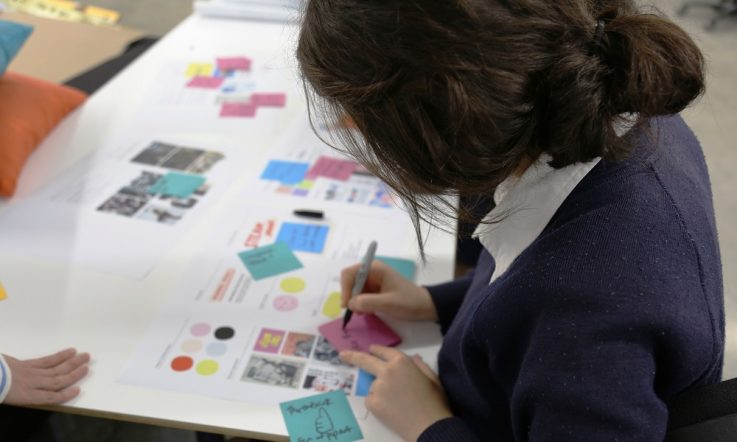