This is an edited version of an article that was originally published in the June/July 2010 print edition of Teacher.

Do you think game-thumbing young people are stupid, antisocial zombies, while skaters are just, well, stupid, antisocial teenagers on skateboards? It might be time to think again, says Ralph Saubern, since they’re actually engaged in authentic learning.

The idea of ‘authentic learning’ has become central to our ideas about educating young people, but there’s ‘authentic learning,’ where the real-life meaning and context of knowledge is embedded in educational tasks, and then there’s authentic learning – real learning in the real world. For a new generation of digital natives, of course, that real world includes the virtual worlds they inhabit.

It’s not just older kids who inhabit those virtual worlds. My five-year-old twins and I have become obsessed with an iPhone game called Tap Fish. There are a huge number of these simple virtual-world games in which you take the role of a farmer, business owner or pet owner. The original versions of these virtual-world games, like the 1990s craze for Tamagotchi and the phenomenally successful computer game The Sims, have been taken to a new level through integration with social networking applications like Facebook.

One of the most widely played of these socially networked virtual worlds games is the Facebook application Farmville, which allows to you create your own farm community complete with animals, crops, buildings, decorations and more.

Farmers get points and virtual money for doing the right thing like tending their crops and animals. If they stay away too long from the game, on the other hand, their crops will die in the ground. Significantly because the games are part of the Facebook social network there’s also an opportunity for players to communicate, invite new players and visit ‘neighbouring’ farms.

In Tap Fish, you are the owner of a fish tank. You can use virtual money, or fishbucks, to buy fish eggs of different types to hatch in your tank. Your hatchlings happily swim around, slowly growing to mature size, after which you can sell them for more virtual money in order to buy more fish.

You need to return regularly to the game to clean your tank and feed your fish or else your fish will die. If your fish do die you have a very short time to get back to your tank and ‘revive’ them. As you play the game and earn points, you’re able to buy more and more exotic fish and sea creatures, including sea turtles, killer whales and sea horses.

Genuine digital natives, my twins have picked up all the functionality of the game in a few short turns, buying and selling fish, cleaning and decorating the tank, and so on. One of their favourite activities is going to visit ‘neighbouring’ tanks. As a visitor, mostly you’re just able to watch the fish, but you’re also allowed to clean the tank and feed any hungry fish. This has become our favourite part of the game. Sometimes we find a tank with a beautiful arrangement of rocks, corals and grasses. Sometimes we find interesting and exotic collections of fish. Other times we find neighbours who have bought 10 extra tanks for their world, each with dozens and dozens of fish – but every tank is covered in green slime and the fish are starving.

Once we found a tank with the most amazing collection of fish – sea horses, killer whales, sharks, sea turtles – but all of them were dead, floating on the surface. It was a shocking sight for us.

I’ve had the most amazing conversations with my kids over the last couple of weeks of our obsession. We’ve done a lot of maths.

‘How many fishbucks do you have?’

‘How much is the sea turtle egg?’

‘Is this number bigger than this one?’

We’ve planned and waited until we could afford to buy an expensive fish egg. We’ve taken turns and talked a lot about values and social rules.

‘I don’t think anyone should have 10 tanks to themselves. People should just have one or two.’

‘I wish I had a killer whale. If I had one I’d look after it and never let it die.’

‘I wish we could revive other people’s dead fish and bring them back to our tank to look after.’

As a non-believer, my wife is skeptical of the whole thing. She points out that none of this is real, that it’s just a computer game. I suspect she’s just put out because it’s her iPhone and she wants it back to play Block Out.

Okay, those game-thumbing young people we see everywhere might just be learning something, but the rest of the time they’re in the real world, they’re just goofing off, right? Well, again, I’m not so sure. I took my twins for a bike ride down to our local skate park. It’s one of those concrete bowls with lips and rounded, scooped out depressions that skaters can zoom down and around. The one we visited has a big scoop for the big kids and a small, flat scoop for little kids.

While my kids tried out the little one with the other little kids, a whole gang of skateboarders, biker riders, scooter riders and roller-skaters clustered around the edge of the main area. There were probably about 20 of them ranging from 10-year olds to older teens. Most of them were boys, but there were a couple of girls, too. As I watched one after another throw themselves down the impossibly steep edge of the depression, only to zoom along the bottom and come flying up the other side spinning, weaving and sliding around, a thought struck me.

Who decides who goes next?

We’re talking here about a seriously dangerous activity involving mostly teenagers, and while there were a couple of obvious groups of friends, it was clear that few of them knew each other.

While I sat and watched for half an hour or so, I saw them, one after another, taking turns down into the bowl. I saw the youngest have as many turns as the oldest. I saw them giving each other help and advice. I saw no one pushing in or taking too long on their turn. And, amazingly, there were absolutely no collisions!

Only once was there even anything like a near miss. One of the little kids decided he wanted to have a go in the main area and launched himself down the edge without looking around first. A blink of an eye later, one of the older kids came down the other side on a skateboard. The older kid quickly pulled out while the younger kid made it to the other edge and proudly went back to the group of little kids. There was some shaking of heads by the older kids – and the skating resumed.

As I rode away with my kids I thought about what I felt about skaters in particular, and about teenage boys in general. In that short time I’d seen cooperation, turntaking, respect for others, mentoring – not to mention risk-taking, adventure, achievement and fun, and every one of those without a responsible adult in sight. Talk about authentic learning.

Tap Fish on the one hand and those kids at the skate park on the other both put me in mind of the idea of desire paths, a term coined by the French philosopher Gaston Bachelard, back in 1957. These, as Bachelard explained, are the authentic paths we take, often as shortcuts, but sometimes just because they offer the best experience. We’ve all walked them – they’re the foot-worn dirt trails alongside those concrete paths that don’t quite take us where we want to go.

The question for educators is how we might harness the desire paths our students already take, in the real world and the virtual one, and what sorts of authentic learning we might enable.

This is an edited version of an article that was originally published in the June/July 2010 print edition of Teacher. Author details have remained unchanged and may not be accurate at this point in time. 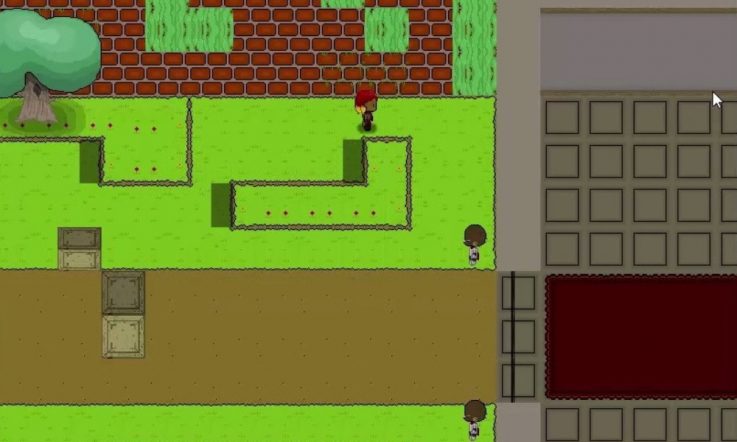 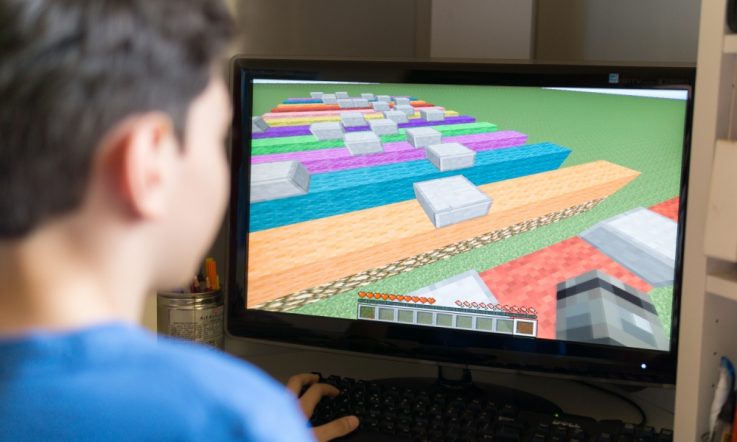