Amy Hume, a voice coach and Lecturer in Theatre (Voice) at the Victorian College of the Arts at the University of Melbourne, says teachers will often experience vocal fatigue because their voice is their primary tool for work, and they don't get much of a break from using it on a typical school day.

‘The voice is the primary tool for teaching, and for some teachers it's also how they discipline or manage a classroom, and not all teachers have training on how to use it,' Hume tells Teacher.

‘A teacher on their morning tea break is often on duty, and again they're using their voices. They get to the end of the six or seven hour day and probably haven't had much of a break from talking at all, so they're definitely a higher risk category.'

Common symptoms of vocal fatigue for teachers include ‘losing their voice', hoarseness, a tired or scratchy throat, soreness, or muscle pain in the neck or larynx. ‘They sometimes notice they lose part of their range, they may notice that they might not be able to go as high a pitch, or can't go as low a pitch, or it cracks in different parts of the range,' Hume adds.

Overreaching in an online learning environment

As teachers around the world find themselves teaching remotely in the wake of the COVID-19 restrictions, many will be delivering lessons in a new and unfamiliar way, and may experience vocal fatigue as a result.

Hume says it could come down to the fact that, as teachers are adjusting to the new learning environment, they may be feeling more anxious or less familiar with this mode of working.

‘When we're feeling out of our comfort zone, we can find ourselves overreaching and that may come across by being louder, or filling silences, or just speaking at a faster pace to really try to get a point across,' she says. ‘It's highly likely that the main contributor to vocal fatigue from online teaching is coming from a tendency to over-compensate.'

To avoid overreaching when delivering lessons online, Hume says it's important to realise that the camera actually picks up quite a lot, and you do not been to be any more animated in lessons than you ordinarily would.

‘I think a lot of it is about actually trusting that the camera is picking you up. Teachers, because they're not familiar with being on camera, they need to just play with that a little bit more. Rather than sitting down and just having their face on camera, they might actually prefer standing back a bit so their whole body is on camera, so then they feel that they're using more of their whole self and not just a talking head. That's one thing they can play with,' Hume says.

She says it can also be helpful to introduce more visual cues and gestures, like having the teacher put up their hand to indicate that they're about to speak, for example.

‘That's going to be much more effective than the teacher trying to cut in vocally, because the way that these conferencing platforms work, they're always going to pick up the mic of the most dominant person – so even if the teacher is talking, the students are not necessarily going to hear then if all their other mics are being picked up as well,' Hume explains.

There are some simple ways improve the clarity of your delivery, including putting an emphasis on diction and consonants, slowing the pace and taking frequent pauses. ‘Frequent pausing is a good way to check that what you've said has been transmitted and that people are understanding and following along,' Hume says.

Using a headset while teaching could be one way to take the pressure off feeling that you have to be louder in order to reach your device's microphone, Hume suggests. ‘It is an adjustment (getting used to wearing a headset), but if it then gives you the comfort of knowing that you can be heard clearly, then it can be very worthwhile,' Hume says.

It can also allow for more flexibility, as teachers are able to stand up and deliver lessons while moving around, which may be similar to how they'd work in a regular classroom setting. ‘It's very rare that a teacher would deliver a lesson sitting – that's so unfamiliar to them – so having a headset means that they can trust that they can stand up and take a step a metre back from the computer and deliver the lesson standing, then that's a huge advantage.'

Hume points out that it's also important to remember that the headset is not just a microphone, but headphones as well. ‘A lot of the time, subconsciously, when we speak louder it's because we can't hear the other person. I think the headset gives more instant and valuable specific feedback in terms of the audio.

‘Teachers might also feel more comfortable using a headset in their working from home environment if they're sharing a space, they might feel better wearing the headset with the headphones on,' she adds.

Hume and her colleagues have compiled a list of their favourite headsets to use: Logitech H800 Wireless Headset, Corsair HS45, and the Logitech H110 Stereo Headset. For those who prefer a desktop microphone, the Rode NTUSB looks to be great value for money, Hume says, and it comes with a desktop stand and will plug straight into your computer. The Rode NT1A Condenser microphone is also a crowd favourite, according to Hume, and a great option if you have an audio interface and mic stand.

Alignment and breath are absolutely essential to keeping the voice healthy and using it safely, Hume advises. Given teachers are using their voice as their primary tool, it's important that they're breathing in a way that is most supportive to their voice.

‘The way that it is most supportive to your voice is what we call intercostal diaphragmatic, which is when the diaphragm moves with the breath. If the breathing is really shallow, then it's going to mean that the voice is more constricted and has less breath carrying it forward, so then the muscles are going to play a bigger role,' she says.

Hume recommends that teachers check that their working-from-home environment is supporting effective voice use. ‘If they are using a laptop, you can do things like bring the laptop up to a height that allows the head and neck to stay in alignment, so they're not slouching over the laptop. And it's the same for a desktop computer, or if you're using a monitor, but making sure that the monitor is at a height where the teacher is sitting in alignment in order to be looking straight at the camera,' she adds.

Techniques like centring the breath can also prove really helpful, so Hume recommends teachers take a few moments at the start of the day to warm up their voice. ‘Little things like humming gently, or blowing through the lips – those serve as a massage for vocal folds, so a little way of getting that muscle ready for the day.'

Other techniques to care for your voice

Once restrictions have been lifted and teachers safely return to classrooms, Hume says it's important they continue to look after their voices. She suggests some simple techniques like keeping up fluids, breathing in steam, having a warm up at the start of the day and building in periods of vocal rest.

‘Throughout the day, it's very beneficial to build in short periods of vocal rest. Finding even five or 10 minutes to have a period of no talking is incredibly valuable, just allowing that muscle to have a break period,' she says.

‘And then the other valuable thing is breathing in steam. I often say to teachers, “if you make a cup of tea in the staffroom, breathe in the steam coming off the top of the tea”. Just doing those things you already do in the day. It's not about, “oh I need to go and lean over a bowl of boiling water” – but if you have a cup of tea in your hand, you can breathe in the steam that's coming off the top of it. Breathing in steam, it just moistens up the vocal folds very quickly and it just helps to hydrate the vocal folds.'

For teachers with ongoing vocal concerns, Hume says it's important to consult a speech pathologist for an assessment.

As a teacher, how often do you experience vocal fatigue? Which techniques do you use to manage these issues? Has teaching in the online environment affected your voice in any way? Have you noticed any differences?

Amy Hume recommends the use of a headset to promote effective voice use when working from home. What other equipment have you found works well to support your remote teaching? What about colleagues? Why it's important to switch off from work 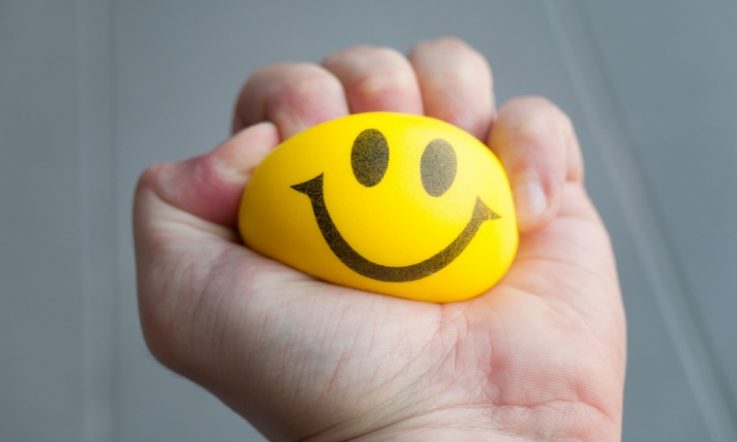