Could a single postcard to parents encouraging them to improve their child's school attendance make a difference to student absence? A US research study suggests this simple form of communication has the potential to be a powerful tool for educators.

The School District of Philadelphia partnered with the Regional Educational Laboratory Mid-Atlantic to carry out the study, involving more than 51 000 students in Grades 1 to 12 attending 217 schools – roughly 40 per cent of the total student population in the school district.

The randomised control trials were based on ‘nudge' theory. A report on the findings explains this behavioural sciences approach uses unobtrusive interventions to promote desired behaviours. ‘In this study the “nudge” was a single postcard sent to guardians to test whether it could reduce absenteeism and whether one message on the postcard had a greater impact on reducing absenteeism than another did.' (Rogers et al, 2017)

What is the local issue?

Improving student attendance is a target for the School District of Philadelphia. Roughly one in 10 of its students miss school every day, with half of the absences unexcused; and, data show students with an attendance record of less than 80 per cent have a 10 to 20 per cent chance of graduating on time from high school.

What happened in this study?

The trials ran from October to December 2014. At the start of the trial, parents and guardians of students who had recorded absences the previous school year were sent a postcard with one of two types of message. Both encouraged them to improve the student's attendance, but one of them also included information about the student's attendance record. The postcards were mailed home along with the student's school report.

The first version of the postcard read: ‘Attendance matters and we need your help this year. A few absences every month can add up to weeks of lost learning over the year. Missing school, whether for excused or unexcused reasons, disrupts a student's education. You can play a big role in improving [Student First Name]'s attendance. If you have questions, please call …'

The second version read: ‘Attendance matters and we need your help this year. [Student First Name] missed [Student Absences] day(s) of school last year. A few absences every month can add up to weeks of lost learning over the year. Missing school, whether for excused or unexcused reasons, disrupts a student's education. You can play a big role in improving [Student First Name]'s attendance. If you have questions, please call …' and included a bar graph showing the student's total absences for the previous year.

The cost of sending each postcard was roughly 22 US cents. A control group didn't receive postcards.

What were the findings?

‘The study found that a single postcard that encouraged guardians to improve their student's attendance reduced absences by roughly 2.4 per cent,' the researchers report. ‘There was no statistically significant difference in absences between students whose guardians were sent one message rather than the other.

The report into the findings notes communicating with parents and guardians this way could be a powerful tool for educators and school leaders, but it adds more research is needed. ‘Studying multiple rounds of mailings over a longer time period could improve understanding of the impact of messaging content on student absences, of any cumulative effect of multiple messaging, and of differences between the effects of messages on elementary and secondary school students, if any.' They also suggest the timing of the messages could be shifted to later in the US school year, to take into account absences for the current school year.

Limitations of the study included the short timeframe (43 school days), and the fact students who didn't have a reliable mailing address were excluded. The researchers also point out there were 1290 unique school and grade combinations in the study sample – an average of 40 students per combination – which meant it ‘lacked statistical power to find significant differences between treatment conditions or grade levels'.

All in all, they say the 2.4 per cent reduction in student attendance achieved by the trial might not seem large, but every day (and even part of a day) matters. ‘The fact that a $0.22 postcard could have a positive impact on attendance is noteworthy.'

As a school leader, do you have a schoolwide attendance plan in place? In what ways do you communicate this plan to staff, students and parents?

As a classroom teacher, what strategies do you have in place to improve student attendance? What have you found works best in your setting? 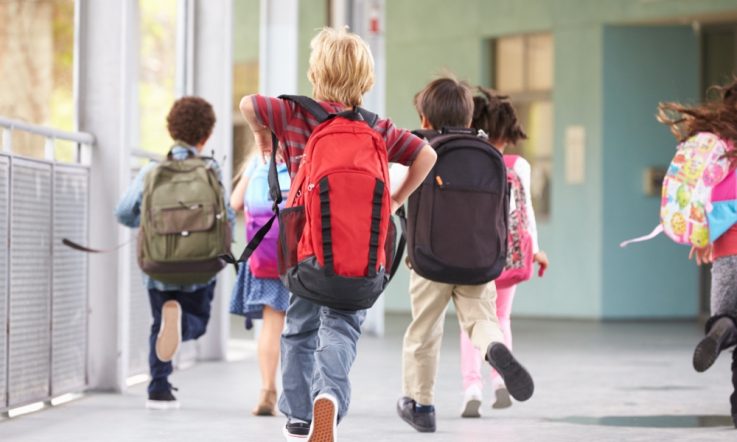 Time online and attendance and wellbeing