Browning says he was 'gobsmacked' to be one of only 100 educators invited to a global summit at the end of last year - where he shared his research into practices that generate trust. Indeed, his Trust and Transformational Leadership Rubric was voted by delegates at the Washington summit as the best 'takeaway' strategy, tool or idea to improve the quality of teaching and learning.

PB: Thank you very much Jo.

JE: It's fair to say it's exciting times at St Paul's School. The Futures Planning Project runs from 2015 to 2028. Before we get into the nitty gritty of what's happened so far, if you like, and the next steps, can you explain the thinking behind the project?

PB: Yeah, certainly I can. Obviously, schools go through traditional strategic planning processes, so this is a different way of actually strategically planning.

For me, the realisation is that we're entering a period of change, like none other, that human history has ever seen before. If I was to use the words of Al Gore in his book The Future, a whole heap of things are converging at the one time and it begs the question: 'What will schools look like in the future, and in the not too distant future?' [And] probably prompted by a couple of questions that people have asked me: 'Will classrooms look any different?'; 'Will teachers be the same?'; 'Will we actually have teachers?'.

So, rather than doing a traditional strategic planning process, we wanted to actually do something that was quite challenging and quite different. The idea was to look forward 14 years, when our youngest students, who are four-years-old at the moment, reach Year 12, and imagine what the world will be like in 2028. And, if that is the world then what do we need to do to adequately prepare those young people for that world? What do we need to do that's different, as a school, to prepare them? Will the school look the same? So, it was a research project to create four scenarios, or four stories, that don't predict the future, but describe possible futures using research evidence that we've gathered along the way. Using those four scenarios, then develop a strategic plan to actually inform what we're going to do next as a school.

JE: Okay, that sounds interesting. You've just finished Phase 1 of the project then, that involved staff taking part in scenario planning, as you've mentioned, but there's also been support from an extensive 'ensemble cast' if I can call it that ...

PB: Well, Phase 1 had a whole heap of different research elements in it. We had a team of 16 staff. They were teachers, non-teaching staff members, people who volunteered who wanted to be part of the project – and they formed the Scenario Planning Group.

They went through the process of understanding what scenario planning actually is, then they had to do a whole lot of desk research to identify trends in key areas like religion, economics, environment, education, politics. [We brought that research together] and identified 80 critical influences; things that were going to influence education or have an impact on our school, St Paul's, [into] the future. To add further evidence to that, we interviewed a group of 'remarkable people'. We sent out invitations to people around the globe who are experts in different fields - so, politicians, people who are experts in the economy, ... people who are highly noted in the religious area, education experts as well.

... As the invitations went out it gained momentum of its own, which was really quite exciting. We interviewed Tim Costello, Saul Eslake, a number of Bishops including the Bishop here in Melbourne, we interviewed Professor Yong Zhao, Professor Andy Hargreaves, Professor Pasi Sahlberg, obviously from Finland, as well ... Those interviews then helped inform or identify further influences, so as I said we ended up mapping all of those influences to see which ones were going to have the most impact on us at St Paul's School, and which ones were the most uncertain.

Out of all of those, we arrived at the two uncertain critical influences of employment and technology - and those two then helped determine what the four scenarios were actually going to look like.

For us, employment is a big one - the whole global economy is shifting at the moment, work is changing, the whole nature of work is changing. ... Is a university degree going to be relevant in the future? Who knows. ... What are we preparing children for? What skills do they need when they leave the school to actually enter the workforce and make a meaningful contribution?

Technology was the other one [and it's] a significant influencer as well. We don't know what's going to happen there. As we were doing research we were discovering things like commentary on the fact that there could well be a brain implant, in the not too distant future, where you could be connected to the internet just through thought. There could be facility for people to download Shakespeare directly into your brain - quite scary stuff but there is a lot of evidence out there to suggest that technology is already there and being developed. So, therefore if schools are about delivering content and you can get all of that content by being connected physically to the internet, why do you need teachers? What is the role of teachers? What is the role of schools? What will that look like in the future? So, those two influences shaped the four scenarios, the four stories that we actually wrote.

JE: So, I guess it really helped you focus and zero in on, like you say, the role of the teacher and what the school is able to do. The next step of course is Phase 2, which I understand you're part way through now. What does that involve?

PB: Stage 2 [we're part the way through] that process at the moment. We took the four scenarios and we asked ourselves the question: 'If these futures do come true in 2028, then how are we going to, as a school, prepare our young people to be balanced global citizens?'

We asked the question in terms of: 'What are the most important key priorities that we need to focus our energies on, and what will be different in 2028 to actually achieve those key priorities?' So, we've now drafted a story, or a vision, of the school in 2028 based on those four scenarios [and said] well, if they come true, then this is what we envisage the school to look like. That story we're hoping to actually get [students to dramatise. and we'll video it] – almost like a day in the life of a student in 2028, and they'll share that story of what their school will look like in 2028.

Then after three years obviously we'll test those four scenarios again and look to see whether they're still relevant, whether we can see indications of those stories coming true, in which case then we continue on in the same direction and look at step two - building on the foundations to shift and move the school, and what we do in the classroom and what teachers actually do to prepare ourselves for that future.

JE: Well, it's been lovely hearing about what's happening at St Paul's, good luck for this year and for the rest of the Futures Planning Project. Dr Paul Browning, thanks very much for sharing your work with Teacher.

To find out more about the Trust and Transformational Leadership rubric Dr Paul Browning has developed, visit compellingleadership.com.au. 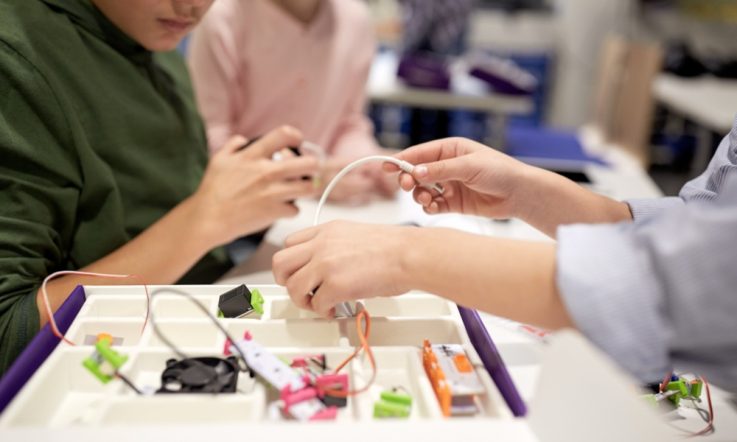 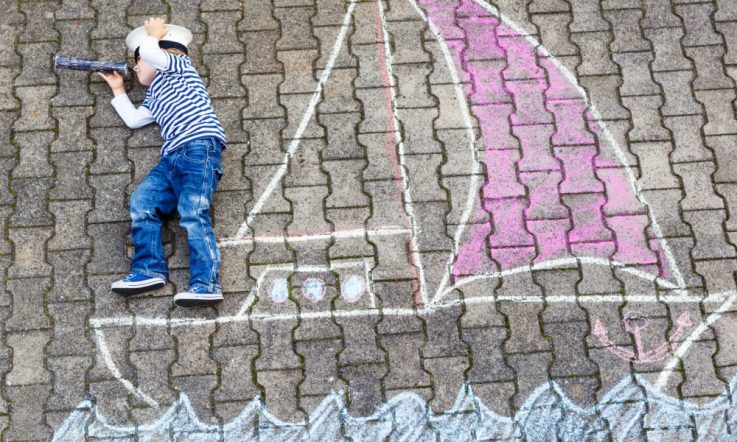