This podcast is proudly supported by QUT Podclass. A brand new series of free podcasts, hosted by Madonna King, developed for everyone who is passionate about teaching. Exploring topics like managing your career development through to creating greater engagement in the classroom. All with a real world focus. Search QUT Teacher Podclass to listen today.

Hello and thank you for downloading this podcast from Teacher magazine. I'm Rebecca Vukovic.

There have been many research studies published that explore how adolescents perceive school discipline, but only a few papers have examined the perceptions of primary school students.

Dr Lotem Perry Hazan is Head of the Educational Management Program in the Department of Leadership and Policy in Education at the University of Haifa in Israel. She's also the Head of the Jewish Education Research Center.

She joins me today to discuss her study of lower primary school students, aged seven to 10, and their perceptions of due process in schools' disciplinary procedures. Published in the British Educational Research Journal, the study was based on semi-structured interviews and focus groups with children recruited from 19 public schools in Israel. In today's discussion, we cover what her aims were for this study and what the main findings were.

We also discuss student voice and the role of students in managing their own school discipline. And finally, Dr Perry Hazan shares some of her most recent work on surveillance cameras in schools and the impact they have on student behaviour and student-teacher relationships. Let's jump straight in.

Lotem Perry Hazan: Thank you for inviting me.

RV: So to begin, you conducted a study that looked at young, primary school children's perceptions of school discipline procedures. What were your aims for this study?

RV: So, how did you go about conducting the study?

LPH: Well, we decided to focus on students from different schools in order to receive a broad perspective. In other studies I used a case study approach, I focused on a small number of schools, but in this study it was really important to have a broad perspective and to go to children from different schools with different policies. We conducted both individual interviews and focus groups as each methodology has its own strengths and weaknesses in relation to young children.

During the interviews, we asked the children to describe the disciplinary procedures in their schools and to share their opinions about these rules. And we also asked them to analyse three short textual vignettes relating to the challenges characterising the formalistic approach to due process in schools. By formalistic approach I mean meting out uniform punishments in similar cases in accordance with a closed system of rules. We usually call it ‘zero tolerance policies'.

We recruited the children through personal contacts with their parents, or through the schools. And, additionally, a children's research advisory group was established. We had [three] children that met with us several times during the research, at different stages of the research, and they helped us a lot. Especially to shape the vignettes, they helped the vignettes to be relevant, to be connected to the children's world.

RV: And so what were some of your main findings?

LPH: Well they findings showed that while many of the children had internalised a formalistic approach to due process, others objected to this approach. We actually assumed the children in the lower primary school grades – still far from their adolescent rebellion – would tend to normalise their school's disciplinary rules. Well normalisation is usually expected when practices become part of the school's habitus.

So the criticisms and resistance of the children were really interesting. The children provided several reasons for their concerns. For example, they thought that a formalistic due process policy lacks compassion and understanding of students' social, academic or other difficulties. They also criticised the disregard of the students' voice. A related concern was the complex task of discerning the truth. Another type of concern was that punishments were frightening and they also indicated that punishments are generally not effective. They don't deter children who are repeat rule breakers and don't improve their behaviour.

RV: And so I want to go into some of these findings in a little more detail now. Because I know you just said then that the children through that discipline processes often lacked compassion and lacked an understanding of individual students' social, academic and other difficulties. Could you tell me more about that?

LPH: Well, I think this was indeed an important finding. Many children gave examples of friends who have learning or social difficulties or lack parental support. They said that these children should be treated differently. In other words, these children did not define differential treatment as discrimination, when finding such treatment as morally justified.

RV: Really interesting. Because another interesting finding was that the students thought school discipline wasn't necessarily effective because it did little to deter students who were constantly disobeying the rules. Could you tell me a little more about that one?

LPH: Well unfortunately, this is a common finding in school discipline studies, especially in regard to suspension. Almost all of the children in our study said that, after being suspended, children returned to school and continued to break the rules. A related problem is the children who behave well are extremely afraid to be suspended. We cited one girl who said that she's afraid whenever she thinks about the school principal and many other children who said that punishments are scary – they are scared both from the principal, the teacher or the parents.

RV: Wow. And I know that students also raised concerns with regard to their voice and their participation in school discipline. I think they said that when an incident did occur, the students complained that their teachers didn't listen to them sensitively enough to understand all the facts of the situation. Do you think that students could then have a greater role to play in managing their own discipline at school?

LPH: Of course I do believe that students could have a greater role in managing their own discipline, but unfortunately the top-down structure of punitive policies hinder students' participation.

I believe that alternative approaches to conflict resolution in school, based on restorative practices that engage children in decision making may offer a path that resolves the conflicts that are embedded in punitive approaches to school discipline.

Paradoxically, criminal justice systems worldwide are constantly developing [alternatives] to formalistic approaches to criminal punishments. However most schools, at least in Israel, are still strapped within formalistic, punitive approach and they struggle to settle the conflicts that it produces between the semi-legal characteristics of the procedures and educational considerations.

RV: And I guess this leads, in a way, into another part of your research that I'd like to talk about and that's the use of surveillance cameras in schools. Could you tell me a little bit more about your research in this area and some of the work you've been doing?

LPH: During the last few years, I have a big project on the legal and educational implications of surveillance cameras in schools. My partner for this project is Professor Michael Birnhack from Tel Aviv University in Israel. He's from the Faculty of Law and is an expert in privacy issues.

We already published four papers that are based on interviews with school principals, municipal officials, teachers and elementary school students and we are now working on research on the perceptions of high school students. All of our papers, of course, they focus on different aspects, but they show that surveillance cameras are not an innocent gadget in schools. They may have profound influence on relationships and trust. Of course it depends on the context and the usages.

RV: I do know, like you just said, you found that the CCTV that was used in schools kind of had three main purposes. The first two, I understand, they were disciplinary evidence gathering and real time monitoring. And they seem quite self-explanatory. But the third one, producing trust, this one I'd like to talk a little bit more about. How does CCTV produce trust?

LPH: Several school principals told us that they explicitly notified the students that they refrain from evidence gathering because they trust them. It's like they say, ‘I can see you, I can check the camera, but I prefer to trust you'. Well this is an inverted usage of the surveillance cameras. The school principals were intuitively aware of the surveillance camera's power to hinder trust, but they tried to invert this option by enlisting the cameras to build trust.

However, this attempt to produce trust, we think that it treads a thin and elusive line between trust and fear. I mean, if the students believe the principal when he says he doesn't use the camera for investigating disciplinary events, then the non-usage may enhance of course mutual trust, conveying respect to the students. However if the students don't believe the principal, then the principal's statement regarding the non-usage of the cameras can serve as a double-edged sword. It is more likely to undermine trust than any of the other usages that you mentioned in your question.

RV: And given that then, what impact, if at all, does CCTV have on student behaviour?

LPH: Well this is a big question and actually during the last few years, several American scholars conducted large quantitative studies, in the US of course, These studies showed that the school's security measures, including surveillance cameras, they really don't influence student's misbehaviour. And they tend to trust these studies because the samples are really large-scale samples and they were published in important journals. So actually we know now that cameras are not effective, they don't prevent misbehaviour or impact the school climate.

RV: Well just finally then, what impact does it then have on teacher-student relationships?

LPH: Actually we don't know and one of the quantitative studies that I mentioned showed that cameras really don't have an effect on the school climate, but in a new study on high school students' perceptions of school surveillance cameras, which drew on interviews with 84 students, we showed that the impact is highly contextual. It depends on the usage of the camera and the overall school climate. And we are still writing the paper so we'll have more precise conclusions in the next few months.

LPH: Thank you, it was a pleasure.

That's all for this episode. If you're interested in learning more about the research discussed in this episode, I'll pop a link to the research paper in the transcript for this podcast, which you'll find at teachermagazine.com.au. You can listen to any of the episodes in the Teacher podcast archive, and there's over 120 of them now, wherever you get your podcasts – iTunes, SoundCloud, and now, on Spotify as well.

You've been listening to Teacher magazine podcast, proudly supported by QUT Podclass - a brand new series of free podcasts all about teaching and teachers. Join us as we explore tips and tricks on managing teacher wellbeing, finding the right career mentor and getting greater engagement from students in the classroom. Search QUT Teacher Podclass to listen today.

Think about your own school context. Could your students have a greater role to play in managing their own discipline? How would this work in practice?

Students in this study thought school discipline wasn’t necessarily effective because it did little to deter students who were constantly disobeying the rules. How do you manage this issue in your own school? What techniques have you found work well for your students? 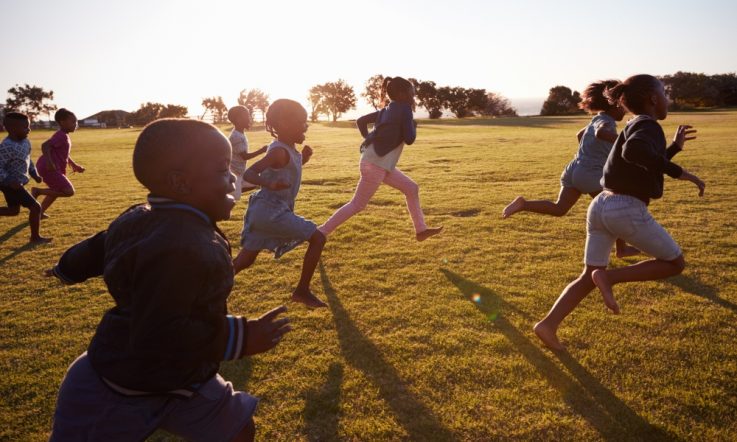 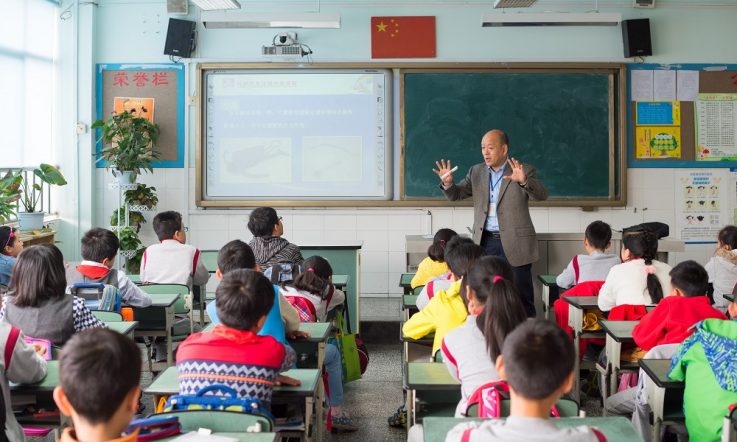 Global attitudes to teachers and teaching 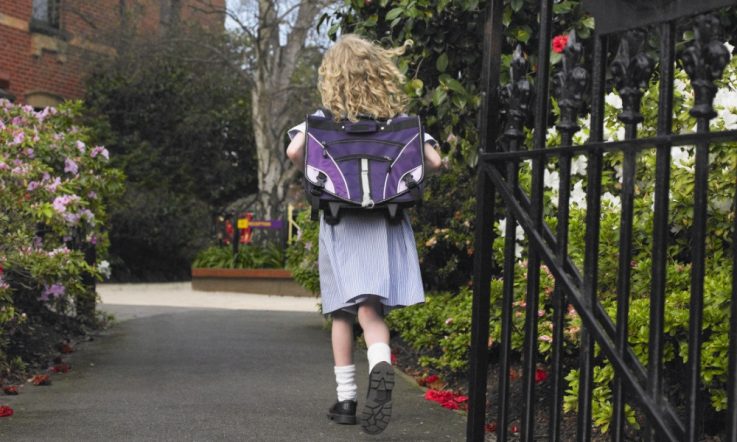