How teachers are depicted in picture books

The transition to Kindergarten is an important time for children and their families. To help children navigate this change, families will often engage in the shared reading of picture books about starting Kindergarten. These books can provide children with a frame of reference for supporting their knowledge and understanding of this new experience.

But, how are Kindergarten teachers demographically represented in the books that children read during this time? And importantly, who is missing from these representations?

In a recent US study, Dr Laura Cutler and Gerilyn Slicker from the University of Delaware analysed the content of 52 picture books, specifically about starting Kindergarten.

‘Considering the impact that teacher images in children’s picture books can have on the characterization of teachers and of the teaching profession, we set out to explore these images through a contemporary content analysis with a sample of books specifically focusing on the start of Kindergarten,’ the authors write in the Journal of Early Childhood Literacy.

‘In addition to examining the demographic representations of Kindergarten teachers (i.e., race, ethnicity, gender, dis/ability status) and the teacher-student racial and ethnic match, another aim of this content analysis is to explore the ways in which Kindergarten teachers’ instructional practices are portrayed.’

Cutler and Slicker investigated representations of Kindergarten teachers by asking the following questions:

Their analysis found that teachers in books about starting Kindergarten are generally portrayed as abled and female, with White teachers depicted more frequently that any other racial or ethnic group.

Only seven male teachers featured across the entire sample of teacher characters, despite all books showing a balanced mix of both male and female children.

‘Though male primary teachers are less frequently found in American Kindergarten classrooms, similar to initiatives designed to recruit teachers from a wider range of racial and ethnic backgrounds, there have also been efforts across the early childhood field to specifically recruit and retain male teachers,’ the authors write.

The study found no American Indian or Alaska Native, Native Hawaiian or Other Pacific Islander, or Latinx teachers depicted in the books sampled. In addition, none portrayed a Kindergarten teacher who has a disability.

The researchers found that teachers are mostly seen in large group, teacher-directed learning contexts (75 per cent). This usually involved them dancing, playing music, reading aloud or delivering morning greetings. Six per cent of teachers were participating in one-on-one activities with children.

Half of the teachers were shown in classrooms where children initiate the activities and experiences. In these classrooms, the children are seen self-selecting classroom materials and activities and are engaged in free play most of the time.

‘Though promising that children are involved in developmentally appropriate activities in these early Kindergarten experiences, what is missing is the Kindergarten teachers’ interaction, guidance, and participation in these activities – key components necessary to support children as they learn to navigate their new environment and begin to acquire new skills,’ the academics say.

Cutler and Slicker argue that although the findings are reflective of the current demographic landscape of early childhood teachers across the US, they also present a limited view of teaching and who teachers are.

‘Our findings portray Kindergarten teachers as almost exclusively abled, White women who warmly greet children and who may lead a whole group experience, but who largely permit children to navigate the Kindergarten classroom independently. This portrayal is problematic…’.

They say the results indicate a need for an expanded offering of books about starting Kindergarten that are more representative of diverse Kindergarten experiences, including both more teacher and student diversity as well as images of teachers who are actively engaged in children’s transition.

‘Our findings also suggest that children’s picture books about starting school are not only in need of more diverse portrayals of Kindergarten teachers and kindergarteners, but also that there is opportunity to enhance portrayals of teacher-child racial and ethnic match in Kindergarten classrooms.’

Think about the books that you read to children in the early years. Do they have diverse portrayals of both students and teachers? How could you go about introducing more diverse texts into your classroom?

As a teacher, how do you support children and their parents and carers in the transition to early childhood education? What are some of the challenges they face? What strategies do you have in place to help to navigate these challenges? 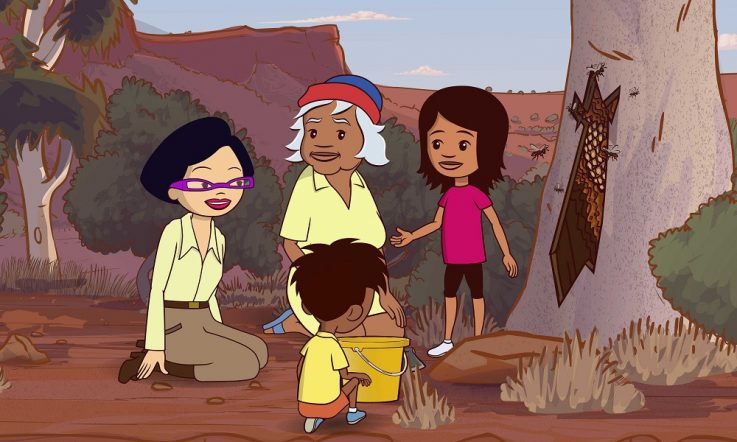 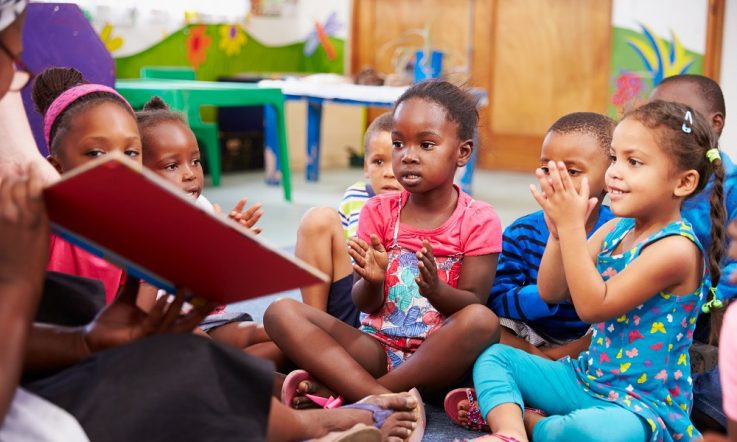