With the beginning of another school year fast approaching comes the time to consider significant themes and events for 2019. Whether you're after a timely theme to hook a Science unit on, an opportunity to teach students about an historical event, or a new book to read to your class, this round up will have you covered.

Another event with worldwide impact is the finalisation of Brexit in the near future, with the United Kingdom preparing to leave the European Union on 29 March. National Geographic's Education Blog has put together an information page on the origins and implications of the historical move, and The Guardian has some suggestions on how to teach primary and secondary students about the event.

[The United Kingdom is preparing to leave the EU. Image: ©Shutterstock/Lazyllama].

World Creativity and Innovation Day is happening on 21 April. It aims to encourage us all to use our creativity. The event began in Canada in 2001 and in 2018 it was observed for the first time by the United Nations. ‘Studies show that when students actively engage with course material and make it their own,' organisers say, ‘they increase their learning potential and their strength in using the creative process.'

Although this day falls on Easter Weekend in Australia, the official World Creativity and Innovation Week starts on 15 April. Suggestions for classroom activities can be found on the official website.

It's World Oceans Day on 8 June, which seeks to have people all over the world to acknowledge, help protect and conserve the world's oceans. Organisers have provided a plastic pollution lesson plan for teachers.

Here in Australia, this year's National Simultaneous Storytime book is Alpacas with Maracas, written and illustrated by Matt Cosgrove. The event, organised by the Australian Library and Information Association (ALIA), takes place at 11 am AEST on Wednesday, 22 May 2019. Last year saw a record number of over one million participants from over 8000 locations take part. Whether you're wanting to get early years, primary or secondary students involved, you can register to participate at ALIA's website.

A few months later, from 17-23 August, Children's Book Week is happening, and the theme for 2019 will be ‘Reading is My Secret Power'.

Oxford Dictionary's Word of the Year for 2018 is ‘toxic'. ‘Our research shows that this year, more than ever, people have been using “toxic” to describe a vast array of things, situations, concerns and events,' Oxford explains in a video detailing its reasons for choosing the word, its use and its linguistic origins.

‘Destination moon: more missions, more science' is the theme for this year's National Science Week. The official week runs from 10-18 August and organisers say this theme can be a catalyst for students to learn about past, current and future space missions. This subject choice also ties in with World Space Week, which is running towards the end of the year during the week of 4-10 October, and has the 2019 theme of ‘The Moon: Gateway to the Stars'.

The International Mathematical Modeling Challenge will take place in Australia between 12 March and 5 April this year, when secondary students will be presented with a real-world mathematical scenario to solve in a team. You can read about how students approached the task last year in this Teacher article.

The annual STEM Video Game Challenge has already announced the theme for 2019: Emergence. Teacher looked at the winning original video games developed by students in Years 5-8 for last year's challenge, which can you an idea about the possibilities this STEM activity can lead to.

Also with the theme of space, this year is the 50th anniversary of Apollo 11, which landed Neil Armstrong and Edwin ‘Buzz' Aldrin on the moon. This anniversary of the first two people to set foot on the moon could act as a springboard for a learning activity during National Science Week or World Space Week.

In 2019, it's also the 30th anniversary of the fall of the Berlin wall. A quick search on Scootle or ABC Education can uncover resources related to the history of the wall.

[A plaque commemorating the fall of the Berlin Wall. Image: ©Shutterstock/anweber]. With a colleague, discuss the themes and commemorations occurring this year that you anticipate would fit in well with units you’re teaching. Which of these do you think will be best received by students? Why?

What other events – either global or local – are you planning to acknowledge throughout the year? What have you acknowledged in the past? Let us know via Facebook or Twitter or by leaving a comment below. 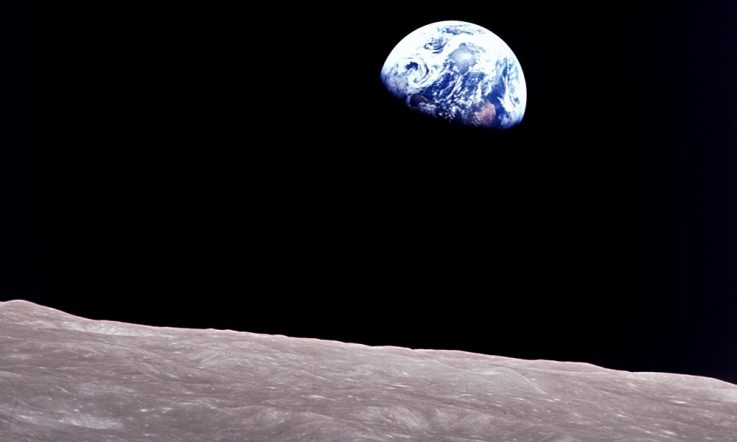