When the COVID-19 pandemic first began in 2020, the Education Endowment Foundation (EEF) – an independent charity in the UK – set out to identify the likely impact of school closures on the educational outcomes of children from disadvantaged families. They also looked at the existing evidence to identify possible strategies to support these children, to ensure that the pandemic would not further disadvantage them. One of the strategies was high-quality tutoring, and EEF worked with England’s Department for Education and other charity partners to establish the National Tutoring Programme (NTP). In today’s Q&A, I sit down with Emily Yeomans, Director of Research at EFF. Yeomans worked as Director of Tuition Partners during the design and set-up phase of the tutoring programme, and over the first year of the NTP. We discuss how they went about designing and implementing the programme, the challenges they faced, and some of the key lessons they learned that may be useful for other countries and education systems in the future, and any organisation looking to set up a large project as quickly as possible.

What were some of the key aims of the National Tutoring Programme when you first began?

The National Tutoring Programme (NTP) started as one of many ideas in the early months of lockdown, when the lasting impact of school closures was being highlighted by many in the education sector, and evidence was suggesting particularly negative impacts for our disadvantaged pupils. Our concern was that any initiative needed to be evidence-based and sustainable. Tutoring is armed with a strong evidence base and it’s a cost-effective way to boost attainment and support disadvantaged pupils.

There were two elements to the NTP in Year 1:

EEF, in collaboration with others, designed and set up the Tuition Partners element of the NTP, creating a massive programme from scratch and delivering this over the last academic year. The aim was to widen access to high-quality tutoring for those children most affected by the pandemic, by setting quality standards for tutoring that were in line with the evidence-base and offering this tutoring at a subsidised rate to schools.

We were set a target to enrol 250 000 pupils into the Tuition Partners element of the scheme by the end of August and we exceeded that target. Along with the Academic Mentors pillar, managed by Teach First, the NTP reached over 300 000 pupils in its first year.

What were you hoping to achieve?

The NTP had three key objectives:

How were you planning to measure the success of the programme?

Data was collected from Tuition Partners and schools every two weeks so that the reach of the programme could be monitored. This also allowed us to identify any ‘cold spots’ and to target activities to generate supply and demand in these areas. The EEF also commissioned an independent evaluation of the NTP, which will report in Spring 2022.

Who was involved from the outset? How many tutors were employed? How many students were identified as requiring this additional support?

The NTP was designed by the EEF alongside the Sutton Trust, Impetus, Nesta, Teach First and DfE (Department for Education). Our target was to enrol 250,000 pupils in Year 1. We were keen to give schools as much autonomy as possible in identifying which pupils received the support because teachers are best placed to know the needs of their pupils.

We reached 5866 schools and recruited 29 452 tutors via the Tuition Partners.

What were some of the initial challenges that needed to be overcome?

The NTP was an entirely new project with no roadmap or benchmark to work from. We would have liked more time to design the scheme and engage stakeholders before going live. But that wasn’t possible. And, actually, simultaneously delivering, testing and adapting meant the scheme could learn lessons as it was rolled out and more closely fit the needs of users and changing circumstances.

There was a huge amount of interest in it, as evidenced by the fact we had over 400 organisations get in touch to express an interest in being part of the Tuition Partners programme. In the end 33 organisations from large corporate outfits to small charities were approved as Tuition Partners. It was vital that we maintain standards and helped to create a diverse and sustainable market for tuition going forward to ensure that tuition remains a viable and attractive intervention for schools because the evidence shows it can have a significant impact, particularly for disadvantaged children.

Having a small, nimble, focused team working on the project was key. The team were able to make quick decisions and sanction adaptations to ensure the scheme worked for the particular circumstances in each local area and for each Tuition Partner.

Fundamentally, the success of the programme was down to the fact everyone involved wanted it to succeed. Schools were keen to take advantage of the new provision for their pupils and were willing to go the extra mile to support the programme, even in the most challenging circumstances, due to recognising the challenges that their pupils faced and the potential for tutoring to make a real difference.

Let’s talk now about the lessons learned throughout the first year of this programme. What were some of the key takeaways?

It was important to learn from the experience, and to share the lessons with audiences in the UK and across the globe. Many of the takeaways will be helpful to those setting up similar schemes but also to anyone taking on a large project that needs to be delivered at pace. Our ‘Reflections’ report (PDF, 2MB) brings together most of the key lessons. Five key lessons we identified were:

When it came to communication with both schools and other stakeholders, what were some of the key things you learned?

The changing circumstances over the last year presented a particular challenge around communication. We found using lots of channels was useful. Schools need good information, backed by evidence, and as much time as possible to digest and consider how to make an intervention work best for them.

Putting in the work to build local relationships brought rewards. Schools and school leaders tend to trust other school leaders in their area. So amplifying the voices of those that were benefitting from the scheme improved take-up and results, particularly in areas with previously limited tutoring provision.

Why was it important to remain flexible in order to respond to schools’ needs and feedback?

The NTP’s design was grounded in the evidence of what works best to ensure tutoring had the maximum impact for pupils, and it was important that this remained at the core of delivery. However, flexibility was required in order to respond to schools’ needs and a rapidly changing environment. Schools closed again in January 2021 and towards the end of our summer term in July many pupils were off school or isolating as part of the test and trace policy. We had to adapt to each new challenge and ensure delivery continued for those pupils that needed help.

One vital lesson was that it is not always possible to wait for a perfect set of conditions to begin delivering and testing an intervention. Sometimes you just have to crack on! It is important to acknowledge the tension between an evidence-based programme design and the flexibility that schools require in order to deliver an intervention. Being clear about what is critical and what can be adjusted is helpful.

At the conclusion of the first year of the programme, what was the feedback from schools and students? Did you achieve the goals you'd outlined at the beginning?

The EEF commissioned an independent evaluation of the Tuition Partners Year 1 Programme to look at the impact on pupils and to capture the experiences of schools and organisations in the delivery of the programme. That report is due to be published next year.

We surpassed our goal to enrol 250 000 pupils by September this year and we were proud to change the way tutoring is delivered and viewed by schools across England. Previously there had been a large tutoring market in London and the south east, but we were able to deliver quality tutoring from Cornwall to Northumberland and many more schools reported that they will be continuing with tutoring in Year 2 of the scheme and beyond. 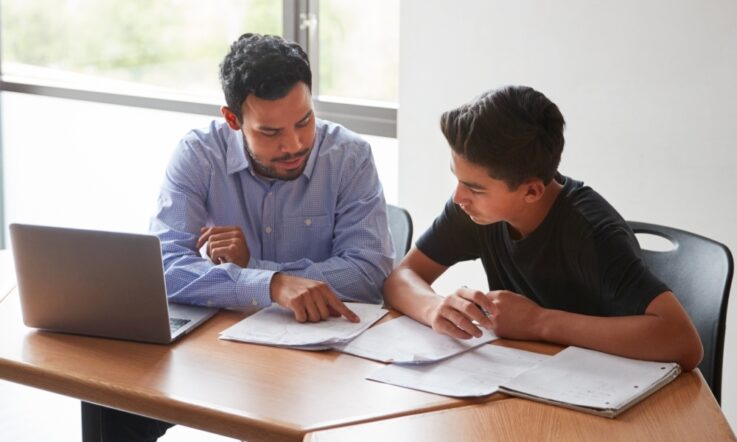 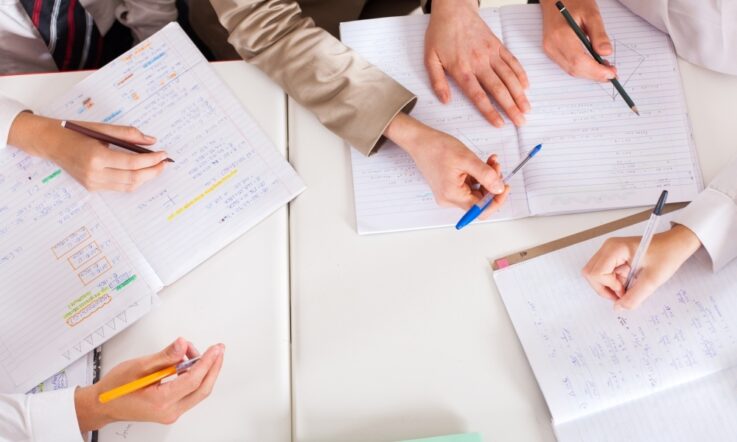