You're listening to The Research Files – a monthly podcast for the global education community, brought to you by Teacher magazine. I'm Jo Earp.

Today I'm talking to Professor Peter Barrett who, along with colleagues Dr Yufan Zhang, Dr Fay Davies and Dr Lucinda Barrett, from England's Salford University, carried out a three year study into the link between physical classroom design in primary schools and academic achievement. The results of the Holistic Evidence and Design (or HEAD) project, were published earlier this year. Peter Barrett joins me now from the UK to talk about the study and its implications for educators. 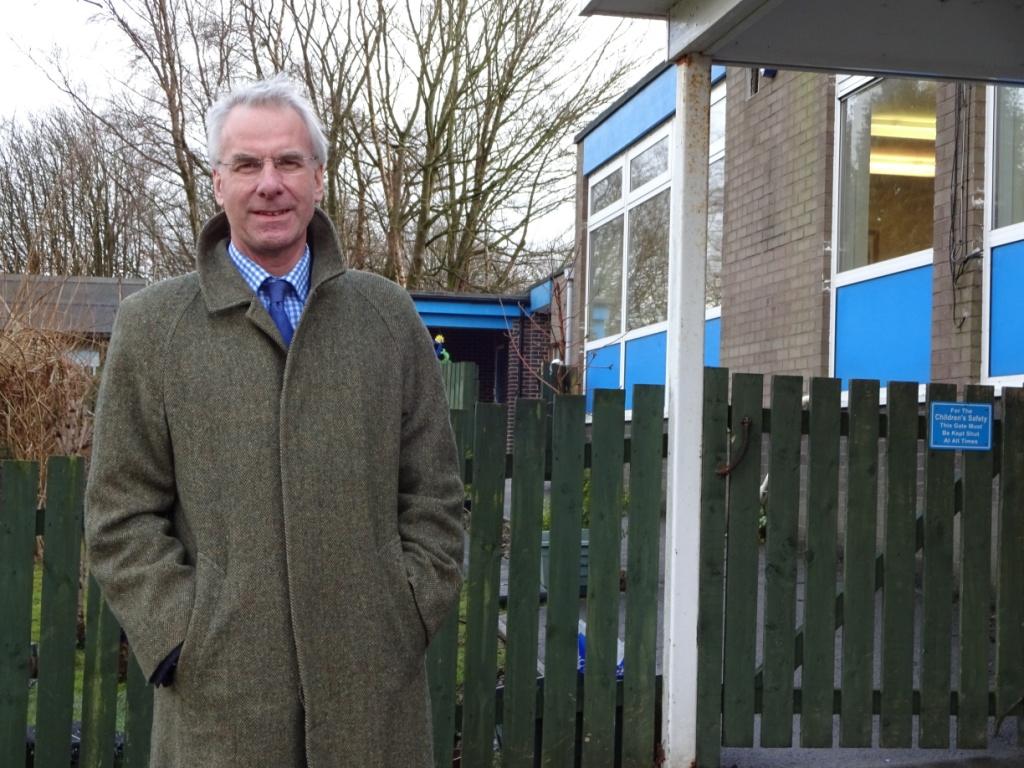 PB: Thank you very much, it's a pleasure.

JE: This was a three year study. What was the aim of the research and what did it involve – I understand you took a novel approach?

PB: We did. The aim of the research was to try and address the connection, if there was any, between the physical design of classrooms and the academic performance of the pupils within them. It's an area where people intuitively feel that there is bound to be some sort of connection, but the odd thing is there really wasn't any evidence of it that could be pointed at and was really convincing. This is something that the Education Endowment Foundation in the UK says, they actually stated there is no evidence. So we thought it was something we should investigate.

To try and unravel the problem we did take a novel approach. We first of all looked at some neuroscience ideas and this led us to look at three broad areas.

We looked at 'naturalness' which, if you like, are comfort factors – these are the things that people normally look at; but we also looked at individualisation and the level of stimulation, and these are areas that don't normally get considered. We then looked at the classrooms as they are experienced on the ground, and used multi-level modelling to separate out the pupil effects ... from the effects that seem to reside at the classroom level.

... We looked at a lot of schools. We looked at 27 schools, 153 different classrooms, 3766 pupils. So, it was a large study and by the time we'd finished we had a good level of confidence that we had come up with some very sound evidence. ... The level of impact that we identified was, in fact, quite a lot higher than we'd expected. So, the results were that the physical design factors associated with individual classrooms account for explaining 16 per cent in the variation in learning over a year, of the pupils in those spaces; so, 16 per cent is a lot.

JE: You say you found 'clear evidence' there then of well-designed primary schools, this is, actually boosting academic performance in reading, writing and maths. Let's explore that further then - can you take us through the main findings?

PB: Yes, the main findings broadly split into the three areas of naturalness, individualisation and level of stimulation.

So, looking at a naturalness area; these are really quite obvious things [like] daylight, ventilation and the right sort of temperature. Really what it's saying is that for pupils to learn well, they have to be in good physical conditions. That sounds obvious, but of course we found a lot of variations on those fronts and, in fact for instance, ventilation was very often pretty poor. We can do a calculation that within about 30 minutes in a classroom of 30 pupils the air quality will be bad if you don't open a window. And so, we came across a lot of those sorts of problems.

Also, we came across classrooms where daylight wasn't being 'valued', if you like. I don't know if in Australia if it's ... perhaps you have too much daylight sometimes – or too much sunlight anyway. Natural daylight is good for us in health terms and in some classrooms there were displays on the windows, there was furniture up against the windows, and the opportunity to have that natural daylight was being lost. So, those sort of things are important and do have an impact, and they account for about half the impact that we came across – the 16 per cent.

The other two areas are individualisation and level of stimulation. Individualisation is to do with: Is it a classroom which the pupils can feel is their own? Is it distinctive? In our report we give quite a lot of examples of how this can be achieved.

The third area was level of stimulation. ... Here there's been a big debate about: Should classrooms be calm, so you can concentrate? Should they be visually complex so they're exciting? What we've found is ... I suppose a bit boring in a way ... it's somewhere in the middle. It shouldn't be chaotic, it shouldn't be boring, it should be somewhere in the middle and that gives sufficient stimulation for learning without actually being distracting or confusing. 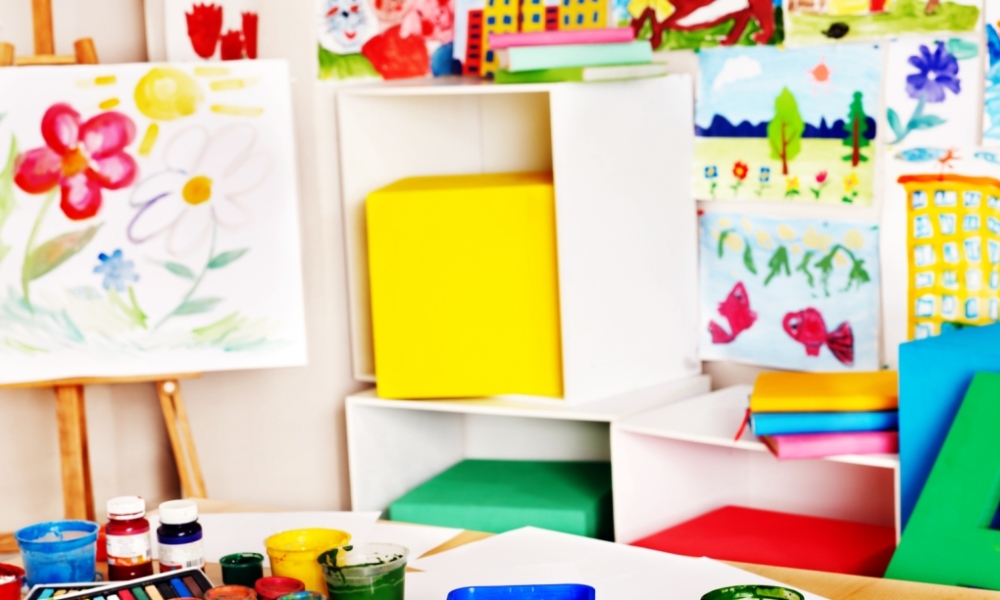 JE: The results of this study were published in February in the academic journal Building and Environment (which is not unusual of course for educational research to be published in an academic journal). But interestingly, you've also produced the Clever Classrooms report, which contains illustrated suggestions for teachers and school designers. Some practical pointers if you like ...

PB: Yes, the Clever Classrooms report is something we [didn't] have to do for the research project. But we had a commitment to try and promote the results and to make a difference in practice. And, we'd collected so much useful information that we decided to try and put the 'hat' of the designer and the teacher on and [look at] what you could practically do to try and react to these results. We had lots of illustrations that we could put in, so we've literally done that and, in the centre of this report, there are 20 pages – two pages for each of the broad factors we were considering - with illustrations about what can be done.

A number of the things are quite simple, don't have cost implications, can be to do with how much visual display you put on the walls, for instance, and they're really quite easy things to do once you know.

What we've found, in the UK at least, is that when we've given this material to teachers they've been really interested and they've immediately gone off and done things differently. Often it's not radically differently, it's quite subtly differently, but now we have the evidence that that really does make a difference.

JE: So it's already making an impact then in classrooms. Finally then, what are the next steps in terms of future research?

PB: For us, the next steps are to pursue some of these changes that people make. We did work with a company called IBI Architects, they gave us some initial funding. They are going to schools now and so will other people be going to schools, and assessing what they're like at the moment in terms of design and then trying to work out how to make some of the bigger changes [around] layout and the orientation of the windows and so on, how to make those things as easy to change as possible. We'll be taking case studies of those and following those through and trying to publish those as well to illustrate to people what's possible.

In a more general sense, this is one of the first studies, if not the first study, to actually manage to connect design issues with the holistic impact on human performance. So we actually want to also use some of these results and the techniques we've used in the area of Alzheimer care and, possibly in the future, in good office design and those sorts of things. So, it's got quite a wide application. But in the educational area, we hope that it's actually really useful and we can just help reinforce its effective use.

JE: That's great. Professor Peter Barrett, thanks for sharing your work with The Research Files.

PB: Thank you very much, I enjoyed that. Thank you.

What simple design changes could you make to your classroom environment in light of this research?

The full journal article: The impact of classroom design on pupils' learning: Final results of a holistic, multi-level analysis (published in Building and Environment) is available to download at http://dx.doi.org/10.1016/j.buildenv.2015.02.013 (PDF 635KB)

Related Teacher content: Classroom displays - how much is too much? 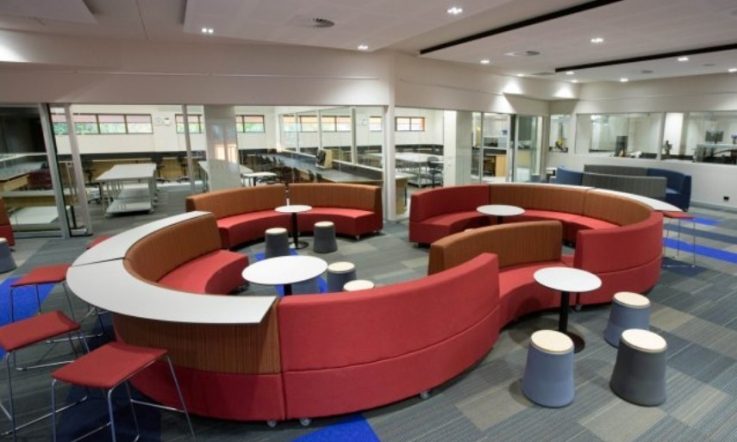 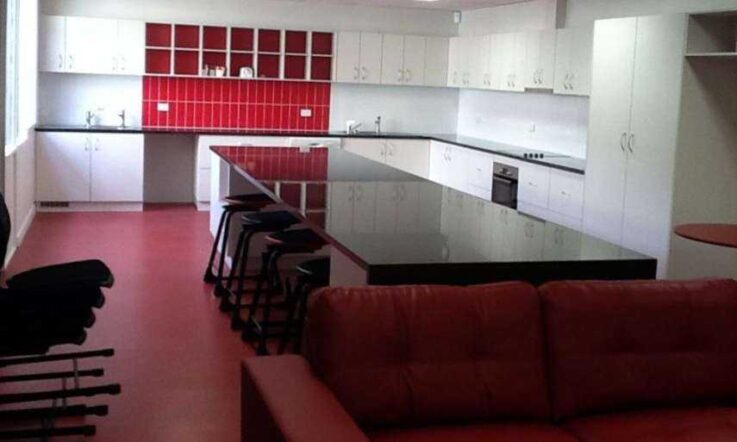