Student data can be used to identify gaps in learning, to monitor progress over time, and develop targeted teaching strategies.

With a goal to strengthen their use of data to drive learning and teaching, Genazzano FCJ College joined the Eastern Region Data Collective.

Each school came up with their own critical challenge and then collaborated with each other to tackle the challenges over a two-year period. This involved meeting face-to-face at each other's schools, as well as interactions via their Google+ community. Throughout the process, staff were supported by Canadian academic and author Dr Lyn Sharratt, who acted as their critical friend.

Genazzano's Head of Junior School, Mary Jones, says the opportunity to work with Sharratt as a mentor was a big drawcard for her. ‘We had a Skype session with her, she had sent us some prompt questions and we had to respond to those. In our teams we chatted around what the responses to the questions were and we had a big Skype session.

‘All the schools came together and we each presented where we were at with our work in this area and what our questions were. She gave us some feedback around that and some challenge too; she was giving us feedback in terms of “this is what you've done but had you thought about this?” or “you could take it further by doing that”, which was great.'

Working in the Collective

The schools were also supported by two Learning Consultants from CEM. Julie Stewart is a Learning Consultant in Literacy, and she worked with colleague Karilyn Gumley to build the capacity of schools in the Collective to analyse student learning data and to implement high impact processes and practices to address their students' learning needs.

‘For me, in particular, this involved providing customised, specialist literacy support, tailored to each school's individual scenario,' Stewart says. ‘I have also been responsible for maintaining the online platform, via a private Google+ Community, and encouraging ongoing collaboration among the schools in between termly meetings.'

Stewart says that this approach to improvement has not only benefitted the schools in the Collective. Other school leaders and teachers have visited the schools to observe the high impact strategies in action, and talk with staff to gain a greater insight. ‘Whilst the teachers and leaders have benefitted, the real benefit is ultimately to the students of these schools.'

Digging into the data to identify a critical challenge

The critical challenge that Genazzano was trying to address was ‘How can we use data and evidence to target teaching in Numeracy more effectively to increase the percentage of students achieving high growth in Years 5, 6 and 7?'

Jones says they came up with it after recognising that while students generally performed well, they weren't experiencing the high growth that teachers were hoping them to. ‘Often, they were our girls who were quite high achieving to start with, so they were doing well in Year 3 and well in Year 5, but they weren't doing as well as we would have liked them to be. So our question was really around, “how do we support those middle- to high-achieving girls, how do we really ensure that they're getting high growth and they're not just cruising along?”'

The school used data from NAPLAN tests, Progressive Achievement Tests (PAT) in both reading and mathematics, and a self-assessment they did using ACER's National School Improvement Tool (NSIT).

To begin to address the challenge, staff at Genezzano created a data wall for Mathematics, which included the faces of all 180 students from Prep to Year 6.

‘We did quite a lot of analysis of our data to see if we could see any patterns around what were the things, particularly in Numeracy, that the girls weren't doing as well in,' Jones explains.

Working in professional learning teams and with the help of a Maths Coach, staff worked together to plan learning and teaching, track student growth and progress, and enact case management. The Maths coach also went into classes and worked alongside teachers, either mentoring the teacher or role modelling an effective lesson.

Jones says the data wall became a great impetus for conversation. ‘So, to be able to look at the wall and say, “Over this 12 month period, that student had achieved great growth and this one here, I'm a bit worried about, she's on the radar because her growth isn't as strong as we'd like it to be.” So it really is a very strong visual prompt.'

She adds this also helped with case management meetings where staff would look closely at an individual student. ‘A teacher would bring that student to the table and we'd be able to sit around and say, “Okay, well what strategies have you tried?”. And using that collective expertise of everybody, what are some other strategies you could try? And also people who taught her the year before, they taught her two years ago, bring all that knowledge to the table about a particular student and how we can really boost her learning.'

Jones says this approach to student growth has built a shared ownership of each student and every staff member is invested in boosting the performance of every student.

The data wall is physically located in a meeting room that only staff have access to. Jones says students don't see the wall for a range of reasons, but mainly because they don't have training in how to read the data effectively. Jones says having a tangible, physical data wall that staff can see visually is very powerful.

‘Our teachers get together at the end of each year and are physically moving those girls along the wall. We colour code them for their growth with coloured dots so it's very, very in your face. And then you can't hide from that kind of data,' Jones say, adding that it's not just a case of looking at raw data, but rather the story behind it.

‘There's always a story to the data, you can't just look at it and do a cold read, you need to know the story of the student and there's all sorts of things that make up that scale score. There's lots of things to think about that might contribute to that,' she says.

‘But when it's right there in front of you, and I think having the students' face on it is incredibly powerful, it's very motivating. You know that student, you want her to do well, you want her to be achieving her potential and growing. So I think there's something very powerful about that human face.'

Jones says that through this work with data, teacher practice was unquestionably more targeted and, overall, they hope to see some significant shifts in the distribution of their growth data over the next two-to-three year period.

She says the results to date also speak to the increased capacity of staff to work with data in a meaningful way.

‘This is due to the time that has been dedicated to this, the availability of data in one easy accessible place and the collaborative construction of the data walls, which have provided the impetus for many conversations and much learning about the data and its implications,' Jones says.

Given the success of the Collective during 2017 and 2018, three of the four schools were keen to continue with it into 2019.

‘Now, this year, we've all decided to focus on writing and that's sort of grown out of looking at our data and again going, “it's good, strong data but the growth isn't as great as we'd like it to be” and that's common to each of the three schools,' Jones says.

In shifting their focus to writing, staff at Genezzano have been tracking and monitoring progress across the Junior School.

‘I guess our ultimate goal is to really develop a writing continuum that we feel works for our three schools so that we can really have a look at how our students are growing and knowing what the next steps are,' Jones says.

She says the most powerful thing she's experienced from working with the Collective is getting together with other school leaders to ask questions of them.

‘It's been such great professional learning for us and the most powerful thing about getting together is just being able to ask those questions of each other. “How do you do this? How are you managing that? What about this? Have you tried that?”. All of those questions that you mull over and chew over, you're able to actually ask a really supportive environment where there's some great expertise.'

Think about the way that you use data to drive learning and teaching at your school. How do you track progress and next steps, and monitor improvement? Approaches to help every student succeed 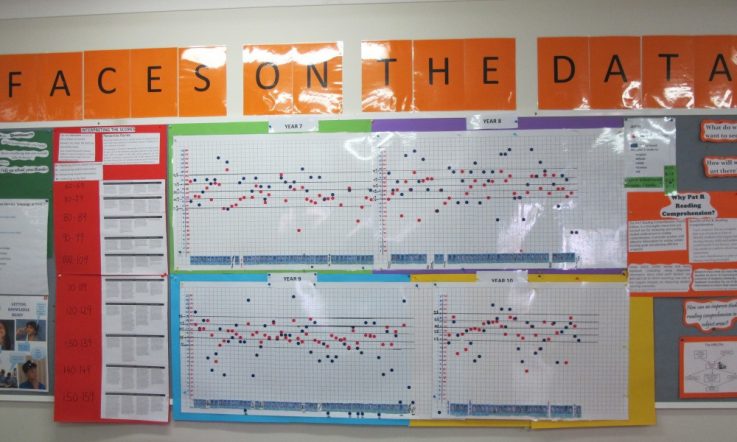 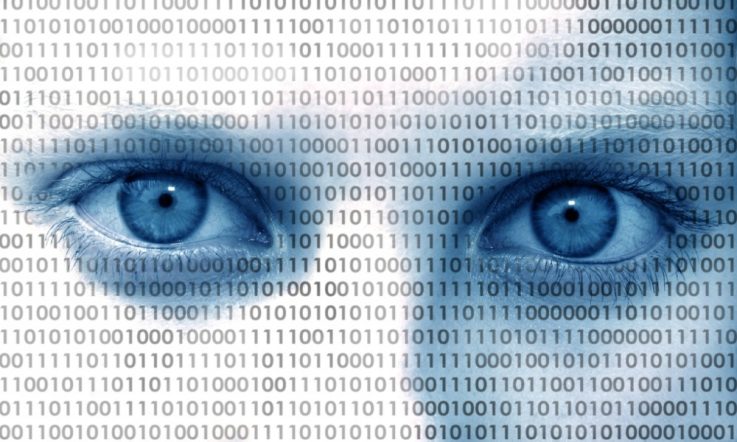