Education has its fair share of buzzwords, but have you ever considered their origin? We've teamed up with experts at Macquarie Dictionary for a new regular feature.

As well as explaining teacher terminology, we'll also be promoting a definition or spelling tip from the team at Macquarie Dictionary that you can share with students.

Word of the month for February: 21st century skills – everything old is new again

The very existence of this term is an indication of the quantum leaps and bounds that have taken place over the last few decades which directly affect education – the ways in which teachers teach, students learn, information is gathered, processed and communicated. The meteoric rise and spread of the internet has provided information in huge quantities, so learning to judge it in terms of quality and relevance has become just one of the new skills required.

There was a similar kind of reskilling needed in the 17th century. The Age of Reason saw the rise of rationalism and empiricism, with the focus of learning shifting from the ‘trivium' (the medieval grouping of grammar, rhetoric and logic) to science, mathematics and other less ‘trivial' subjects. (Yes, alas, the words are related – an irritating fact for those in the humanities.) If you wanted to engage with the emergent fact-based framework of knowledge, you definitely had to rethink your skills.

So, although the differences are immeasurable, and the extent and penetration of the changes throughout the population are worlds apart (in the 17th century only a very small proportion of the population would have been affected), it's nice to know that people were struggling with the same sort of thing four centuries ago.

Macquarie Youth word of the month for February: Word of the month for November: Team teaching ... smells like team spirit

The concept of team teaching as a pedagogical method seems to have been first put into practice in the US in the 1950s, when it was regarded by some as a fairly radical approach. The first citation for the term in the Oxford English Dictionary is from the Washington Post of 20 December 1960, but it did not quite make it into the huge Webster's Third (1961). Other names are used for this teaching method – collaborative teaching, co-teaching, among others – but team teaching has a punchy, positive ring, and that alliteration is a gift.

The verb, to team-teach, came along a little later, with the OED's first citation coming from 1976. A form like this – shorter than the original term – is called a backformation. We usually add bits to a base word to produce a new part of speech (teacher from teach, for example), but in this case, a word part has been chopped off to create a new word. Other examples of backformations are edit from editor, and laze from lazy.

Macquarie Youth word of the month for November: 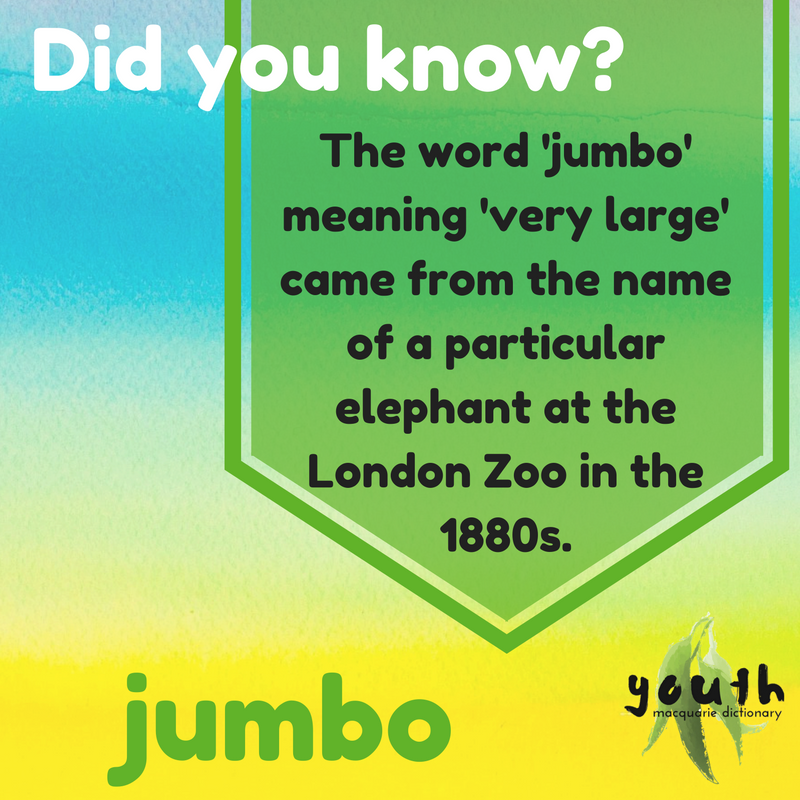 Word of the month for October: LOL – here comes the lollipop lady!

The person who stops the traffic for schoolchildren to safely cross a road is an indispensable member of any society in which cars and children coexist. While these protectors are given lofty titles such as crossing guard, school crossing patrol officer/supervisor and school traffic warden in other parts of the English-speaking world, we Australians call them lollipop people, a term first adopted in the UK in the 1960s.

While a term like crossing guard might describe the function of the person, lollipop man/lady happily combines an accurate description (those signs are just like old-fashioned lollipops) with a light-heartedness which appeals to children and makes the position and the person filling it non-threatening. The same can't really be said for crossing guard.

Lollipop person (with variants lollipop lady and lollipop man) didn't make it into the first edition of the Macquarie Dictionary (1981), but was there in the second edition, published in 1991. Our earliest citation is from 1982 – ‘Pressure for lollipop man at Lane Cove West Public School'. The need was obviously great, and thank goodness it was answered!

Macquarie Youth word of the month for October: This is yet another in the long list of abbreviations which make life easy/irritating/mystifying in the world of education. However, BYOD is a bit different. It is modelled on BYOG, which, let's face it, brings to mind parties and casual good times.

The original abbreviation seems to have been BYOB (Bring Your Own Bottle), for which the Oxford English Dictionary has a US citation from 1959. We antipodeans eschewed the more formal ‘Bottle' for ‘Grog' and the abbreviation settled happily into our variety of English. Soon the BYO concept took off with other items, from ‘BYO meat for the barbie', ‘BYO sleeping bag', ‘BYO horse', to ‘BYO everything'.

We have become so comfortable with the abbreviation BYO that it is used as an adjective (‘a BYO party'), a noun (‘That restaurant is a BYO') and a verb (‘You'll need to BYO laptop'), which brings us to BYO device – BYOD. This abbreviation has been used in business from the early 2000s, but it did not get a guernsey in the Macquarie until 2012, when it was starting to gain ground in Australian educational institutions.

So, while BYOD refers to a serious concept, it does have a light touch.

Macquarie Youth word of the month for September:

a prefix meaning: 1. beyond (in space or time) as in ultraplanetary. 2. excessive; excessively, as in ultraconventional. 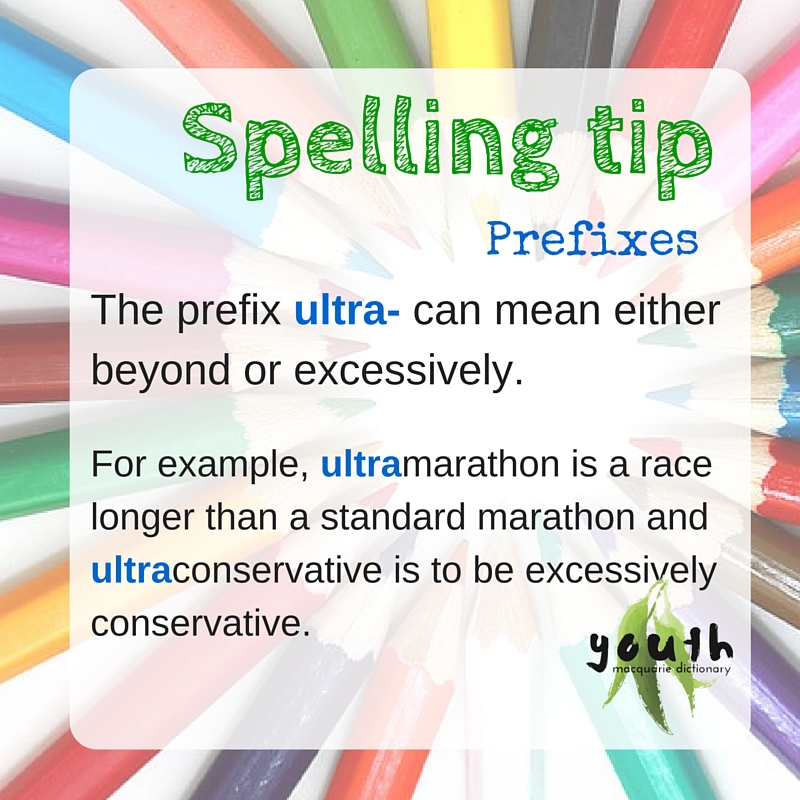 Word of the month for August: STEM sells ... but it could've been METS

Abbreviations are an inevitable part of life these days. There's even an abbreviation for abbreviations (TLA – three-letter abbreviation). Some are cumbersome (CFMEU, UNCTAD), some create less than delicate spoken forms (DFAT, ICAC), but some are simply serendipitous, forming an easily pronounced, euphonious acronym – ANZAC is a standout example.

Another is STEM, a fairly recent formation which first entered the Macquarie Dictionary in 2013. It apparently started out in life as METS, but someone cleverly realised that STEM rolled off the tongue more easily, and was already a word with the positive sense of ‘core supporting structure‘, not a bad concept to be identified with. Having STEM as an acronym identifies Science, Technology, Engineering and Mathematics as an interesting, core area of study.

So, as well being a neat and catchy label, STEM is a great marketing tool. The mathematicians may have been miffed with their relegation to the back of the bus, but the scientists must have been delighted.

Macquarie Youth word of the month for August:

Zoology a bag-like or pocket-like part; a sac or cyst, as the sac beneath the bill of pelicans, the saclike dilation of the cheeks of gophers, or, especially, the receptacle for the young of marsupials. 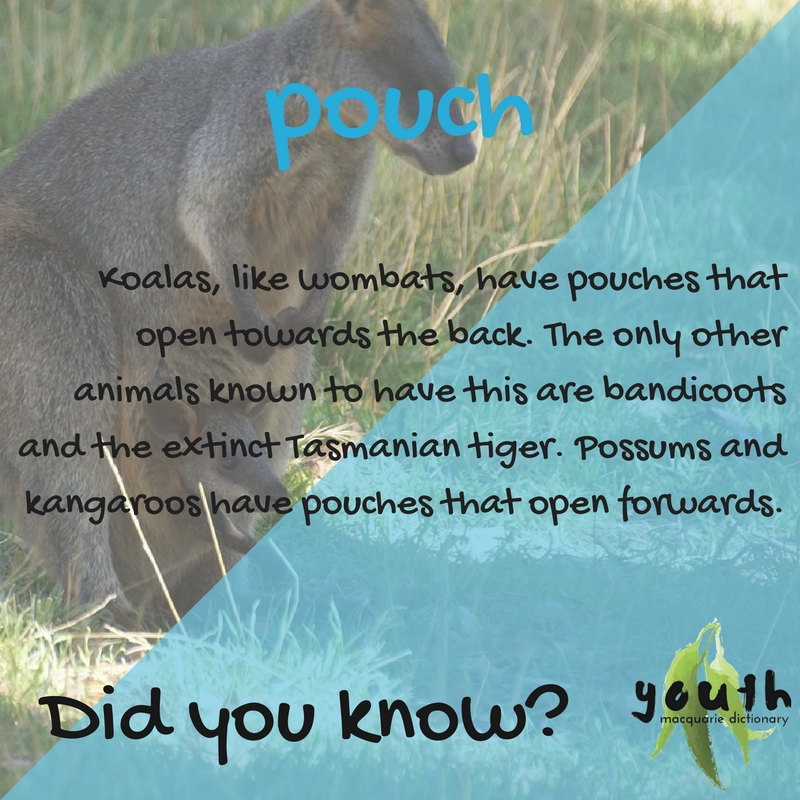 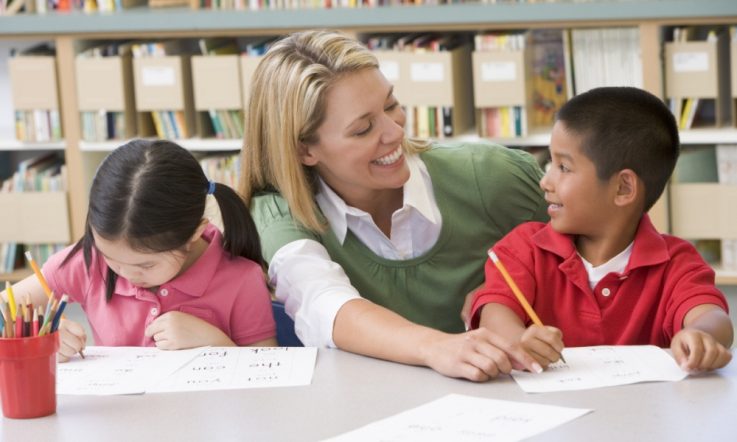 A cross-curricular approach to spelling 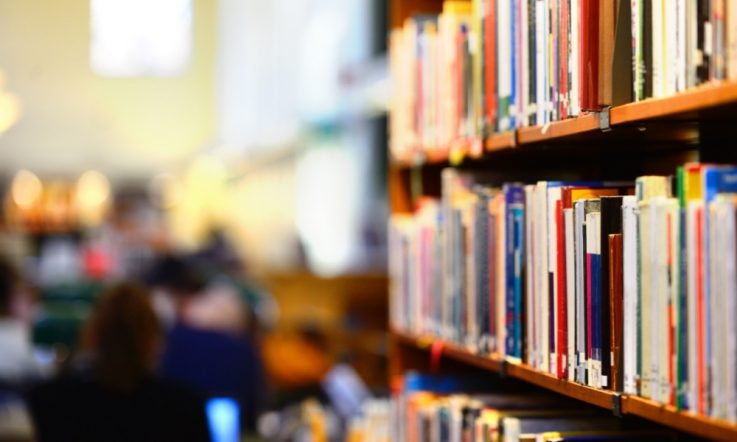