Hello, I'm Jo Earp. Thank you for downloading this episode of the Teaching Methods series, brought to you by Teacher magazine. Today I'm talking to Claire Warden about Nature Pedagogy – what it is and how it works in practice, including lesson planning and risk management. Warden is the founder of two nature Kindergartens in Scotland and has just launched the International Association of Nature Pedagogy. I caught up with her after a PD workshop for teachers in Australia.

Claire Warden: Thanks very much, good to be here.

JE: Now we spoke to you earlier this year about Nature Pedagogy. For those who haven't come across it before though, what do we mean by that and what age groups is it being used with?

JE: And now, there's some exciting news as well. You've just launched, is it the International ...

CW: It is, it's the International Association of Nature Pedagogy. Over the many years now we've been working around the world to try and support teachers and educators in terms of embracing this as a way of working with children. And as we've done that you realise there's so much embedded knowledge around the world [and]that actually we need to share that.

So the Association I've founded, it's just been launched, has Richard Louv, David Sobel who writes a lot about place-based learning. It's also got people who are involved with forest schools, Nature Kindy, home-based care; so, it's not saying it's just one type of education but it is about going beneath the surface.

There are two key aims of that organisation. One is that we need to start getting Nature Pedagogy into undergraduate and postgraduate qualifications in education, and also in any qualifications really. So it's a non-negotiable when students come out to teach, or to work in education, that they've got an existing knowledge about how to do that.

And the second is to really help and promote the development of nature-based programming – which is anybody from home-based carers right through to forest schools, bush schools – but it's where, for me, there's a criticality of inside spaces (inside your classroom or setting), linking to your outside school grounds, but then also linking to spaces beyond where it's wilderness or nature on its terms, not canned and processed, which I sometimes see a lot of inside classrooms.

JE: Now you mentioned there a couple of examples. It's happening in different local contexts – Bush Kindy's there, Skogsmulle which are in Sweden, nature barnehages in Norway, and of course your own Nature Kindergarten which you founded in Scotland. But like you say, it's not just dipping a toe in is it? It can be 80, 90, 100 per cent outdoors. Now it's a lovely sunny day today here in Australia, what about interruption from the elements?

CW: I think one of those things is that we live in the climatic region of the world that we're in; so you need to learn to live with that weather system. And so therefore for us in Scotland, yes, we can put on extra clothing and we can get out there. But when you are working in climates like Australia we need to work with that.

I find it astonishing that people are saying that they've got a very restricted time for outdoor learning, and rather than saying 'actually we should really be starting our day outside', they then push it into a timetabled zone. So we have to then change that around and say 'for us to really embrace the natural world, let's start our day outside. Then we'll come in when it's really hot and maybe we'll go out again later on.'

... So the key thing I think about all those different models is that they value nature. That it's not something that you just go in and take, but it's something that you go in and use in a synergistic way. So it's done in sustainability, it's done through environmental protection, it's done through outdoor pursuits, but more importantly, for me, it's actually a way of working with curriculum and pedagogy.

And so all of those different models work in different cultural places, and that's as it should be. So Australia for me has had a massive connection to land, obviously, and there are people around the world who have been living in connection to the land and so some of those knowings and that knowledge has been put to one side. I'm about finding that knowledge and embracing it.

JE: Now the other thing, and I'm sure most educators actually listening to this, the first thing that would have come into their heads, having been a teacher myself at primary level, is health and safety. Now, how do they go about risk assessment? How does that actually work?

CW: There's a benefit risk assessment and I think sometimes when people do risk management, what they do is they focus on the hazards. Which is what we need to do, but they become so extreme in that that they actually remove, or try to remove, all hazard. If you remove all hazard then actually what happens is you get, I think, a different type of risk. You get an emotional risk; that there is no challenge, there's no aspiration within your curriculum. And the second type of risk I would say, that we don't really consider, is intellectual risk. So I go into classrooms that are monumentally dull. There's no real-world learning, they're not dynamic, they're not engaging and so actually intellectually that has a massive risk.

So for me, the physical, the intellectual and the emotional have to come together. And to do that then we have to write benefit risk assessments, which is after Tim Gills' work, where we're writing down the benefits for learning. And yes we're going out and removing hazards; we're having conversations with the stakeholder (and the stakeholder is the child) so that they're very aware of how to keep themselves safe, but not in a way that makes everything as safe as possible, because that would be so dry. But you're doing it so that the environments are as safe as necessary.

So yeah, I think it's about raising our expectations of children, seeing them as confident and capable, and actually the fact that childhood is about pushing boundaries. It's about testing yourself, it's about challenging yourself and there's no better place to do that than in the natural world.

JE: And this is with very young children as well isn't it? We're not talking about secondary school?

CW: No, not at all. So for us at the Auchlone Nature Kindergarten in Scotland we've got children who come in at two. And for that two-year-old, pushing their own personal boundary will be walking for up to a couple of kilometres if they want to. It's jumping off a rock that might only be six inches high, but they are choosing to engage in that challenge. So it starts at a very young age actually, it starts at birth I would argue, in terms of the way that we see childhood, and then runs right the way through.

So some of the models that we're looking at now is working with primary schools and saying 'Alright, how do you bring that curriculum alive? How do you make sure the children have a thirst for knowledge? And how do you then, as a teacher and as an educator, help upskill yourself so that you can then embrace that and not transfer some of your apprehension to children'.

JE: The other thing is planning, and that goes hand in hand with the risk assessment and risk management side of things. How do you go about building that into your planning? It's got to be a regular occurrence?

CW: Yes, it has. I think in some models they're doing the half day release. If you can start at going beyond the school fence into a wilder space, and it's only a half day, then that's great. But for me we need to make sure that what's happening in those spaces is then valued and embedded in what you're doing inside your school grounds, but also then inside your classroom.

So for me, I use floor books and talking tubs, and they are if you like a co-constructivist model of education. Which means that we're starting with that embedded knowledge of children, building that up and looking more at the capacities, you know the habits of mind. Because to be honest knowledge as a concept is changing in education because Google has arrived. So knowledge is very very accessible to people now and so therefore we need to look at what those aptitudes are, those capacities are, that we can develop in our children.

JE: That's interesting. Now finally then, another key part of that, you've got your risk management, your planning, you're delivering that, but then the reflection afterwards is incredibly important isn't it?

CW: I think with any kind of learning model you've got to look at whether or not you're on a roller coaster of delivery or whether within that process you're encouraging that deep level reflection, the reflexivity – which is thinking about oneself and how one learns. But also then allowing children to use metacognitive processes, which is the revisiting of themselves as a learner so that they understand who they are as individuals. I think that's part of good teaching and learning actually. And I think in the outdoor environment, and specifically in nature-based environments, there's a huge sense of being part of a system that's bigger than oneself that naturally leads you to this kind of reflexive practice. And for lots of children I would say it's a human right to be in nature.

JE: Well it's been great speaking to you today. Good luck with the Association. We look forward to seeing you again in Australia in the future. But for now, Claire Warden, thanks for sharing your expertise with Teacher.

CW: Thank you very much for having me.

That's all for this episode of Teaching Methods. For more on this topic, check out the podcast transcript and related links at our website – www.teachermagazine.com.au. To download all of our podcasts for free, visit acer.ac/teacheritunes or www.soundcloud.com/teacher–acer.

What does 'outdoor learning' mean to you? What about your colleagues?

How are you connecting outdoor learning to what's happening inside the classroom and school?

Are you giving students opportunities to push their own personal boundaries? 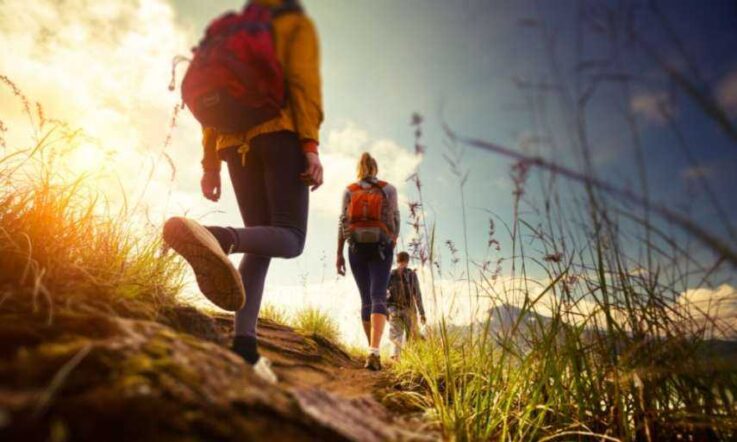