Thinking outside the square

School leaders can sometimes find it hard to recruit specialist teachers for certain subject areas and, as a consequence, end up asking staff to teach ‘out of field'.

As a teacher, covering a subject that you've received no formal education or training in can be a daunting prospect, particularly at secondary level. Of course, it's far from ideal for the students.

Teacher recently highlighted the results of a global snapshot showing the extent of the problem among Year 7 to 10 English, Maths, Foreign Languages, and Science teachers in Australia.

This month, we spoke to school leaders in Western Australia, the Australian Capital Territory, Northern Territory and Victoria who have recruited Teach for Australia (TFA) associates with previous career experience working in these four disciplines.

‘[I thought recruiting an associate] would be really good for our staff … to have someone who's really passionate about improving kids' outcomes and who was a high achiever in school. The other reason we went for it was, getting Maths specialists was actually becoming impossible,' Miriam McDonald tells Teacher.

McDonald is Principal of Taminmin College, 40 kilometres south-east of Darwin. ‘I think it's a national problem … [particularly in Maths]. Biology is not too bad, but your Chemistry and Physics staff [are often also] hard to recruit.

‘Those people, I guess, with that skill set probably don't go into teaching. There's probably more lucrative careers for them to work in.'

This year, the school has taken on two TFA associates. Jonathan Chow teaches Maths and Business to Year 8, 11 and 12 students. His original degree was a Bachelor of Commerce (Marketing, Accounting and Maths) from the University of New South Wales.

Prior to switching careers through TFA, the 26-year-old had five years in the corporate world, including as a management consultant. ‘It involved a lot of number crunching, especially online marketing statistics, so I'd say it was fairly related to maths; which I'm now teaching,' Chow explains.

As well as filling subject specialist roles, McDonald says having the highly motivated recruits on board is already having an impact on colleagues – something she describes as a ‘win-win situation'.

Linda Baird is Principal of Gold Creek School in the Canberra suburb of Nicholls and is a firm believer in subject specialists and, in contrast to McDonald, hasn't had great difficulty in recruiting them.

‘A lot of my staff, when I first came here, were teaching across two or three different subject areas. We are in the process of maximising our student outcomes and improving their academics and really firmly believe if you're a subject specialist, you've got the passion, you've got the knowledge.

‘We have very strategically directed staff. If you'd like to come here, [if] you're teaching in the high school you'll teach your main subject specialism. Then, of course, all my staff teach an elective, however that can be something that they are passionate about themselves in their lives outside the school that they have knowledge about.

‘For example, I've got one teacher who is currently doing Law as well at university, a second degree, so he has started a debating elective. One of my teaching assistants [is] also a Latinist, so he teaches alongside me … but he's also the most beautiful jewellery maker, so he works with another teacher to take an elective in jewellery making.' 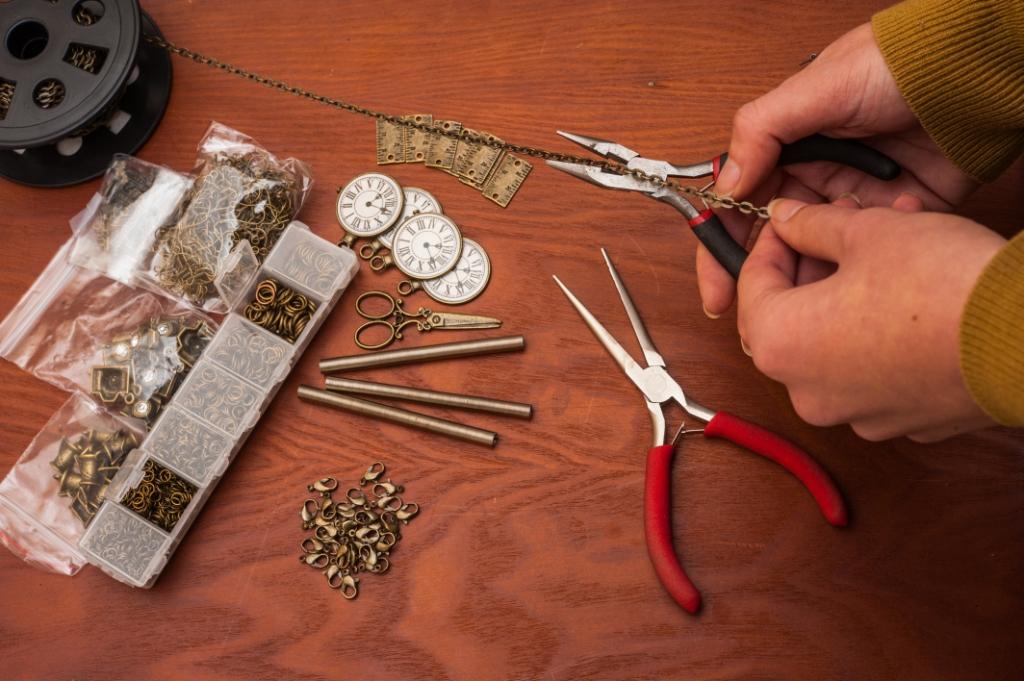 TFA associate Phil De Zylva teaches Science and Indonesian at Gold Creek. The 25-year-old has a Bachelor of Science, with honours in Conservation Ecology, from Monash University. He's worked as a research assistant in a freshwater ecology and a soil ecology lab, and taken part in the Federal Government's Australian Indonesian Youth Exchange Program.

Baird says, for her, choosing TFA wasn't about recruiting staff in hard to fill specialisms. One of the reasons was to broaden existing subject faculty knowledge.

‘I would say the outside experience that they have had has added to the subject knowledge of the faculty, but [also] the willingness of the faculties to actually think outside the box. ... We're becoming a Middle Years program IB (International Baccalaureate) school and so therefore the international mindedness, and not just the subject specialist and having a very narrow view, has been of particular importance and benefit here.'

‘We're a low SEI school, trying to help disadvantaged students excel. Yes, we were looking for specialist teachers. I went and looked at the TFA program. We've actually got five associates here.'

They include Luke Meader, who teaches English and Media. The 28-year-old graduated in 2009 with a degree in Communication and a major in Media Production then went on to complete a second major in Literature. He's also run his own graphic design business and taught English as a Second Language and International Culture Studies at a high school in Japan for four years.

The college also has two TFA associates teaching in the Humanities, including a former town planner, a Science teacher with specialist knowledge in the field of lasers who also works through the Gravity Discovery Centre in WA, and an associate working in PE and Science.

Pearse says the college hasn't had a big problem with teachers teaching out of their subject area, but it's been great to have recruits with specialist knowledge in their fields.

‘Each of the associates that I've met [I've asked them] ‘Why are you coming into teaching? You're excellent in your fields that you're already in' and each one of them really expressed a passion for giving back, for sharing their knowledge and for building future generations.

‘Probably the journey for the TFA students [is] learning the pedagogy of teaching, and for some of them it's like ‘Wow, I didn't realise just how hard teachers actually work' and a lot of the skill sets that come in being able to get your knowledge across and sharing it with students – especially sometimes when you need to break it down, differentiate, and do a little bit more explicit teaching before you can actually take them to that next level that they need to get to.'

‘They came to us having previously worked in industry, so obviously they had the technical knowledge,' Senior School Assistant Principal Keith Halge says. ‘Renae (Crossing) teaches Biology and Chemistry and we run an elective called Pre-Med, and Al (Harkness)teaches Year 11 and 12 Physics.'

Halge says the college is keen to ensure students have the skills to understand and apply their learning to the real world, rather than just regurgitate knowledge. He adds Maths, some science subjects, and Languages are probably the three most difficult areas to fill when it comes to recruiting specialist teachers.

Crossing graduated with First Class Honours in International Bachelor of Science from the University of Wollongong. ‘My degree included subjects as diverse as nanotechnology, biomechanics, engineering design and environmental chemistry.'

She previously worked as an honours student at Illawarra Health and Medical Research Institute, technical assistant for NSW Health and show presenter at the Wollongong Science Centre and Planetarium.

As a school principal, do you struggle with recruiting specialist teachers?

What strategies have you adopted in order to deal with this issue? 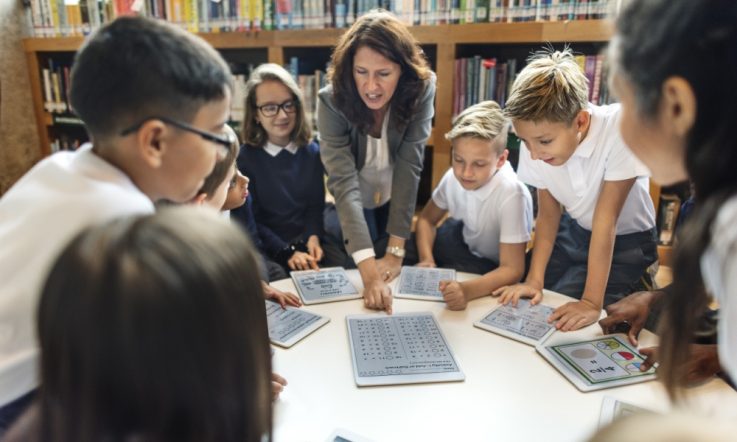 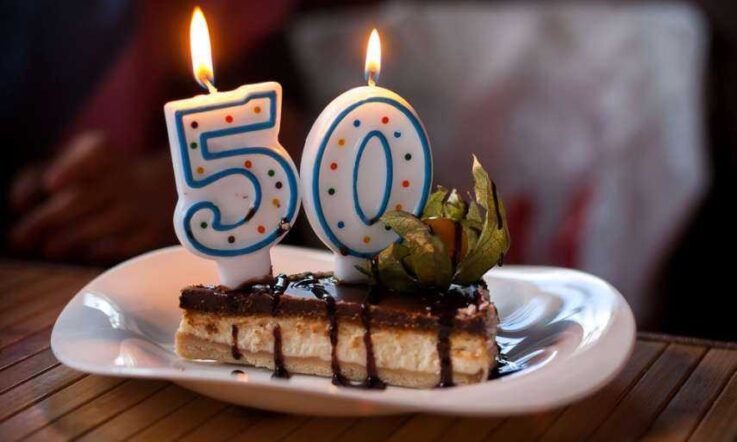 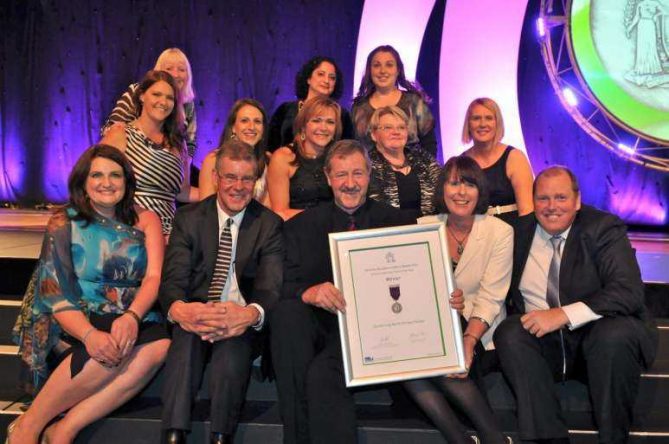