This year's winner of the $1 million Global Teacher Prize has just been announced. Here we celebrate the achievements of the other nine educators who made the final 10 – selected from more than 30 000 nominations and applications from 173 countries. 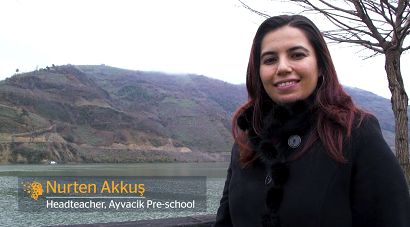 Nurten Akkuş was responsible for establishing the first kindergarten in Samsun, Turkey, an area which suffers from a low socioeconomic status and poor education results. To get her preschool up and running she had to personally visit families in the area to convince them to send their children to preschool.

‘I increase the curiosity of my students. I am developing their imagination. We are rediscovering together,' she says.

In order to get a community where families had limited involvement in the education of their children involved in activities in the preschool, Akkuş implemented the ‘Daddy Tell Me a Story' program. ‘Fathers visit school once a week to read a story to the children … the project is now being used by thousands of kids and fathers in schools all over Turkey.'

Beyond her success with the students, Akkuş has run programs with numerous charities and was recognised as Teacher of the Year in Turkey in 2015 and 2016. 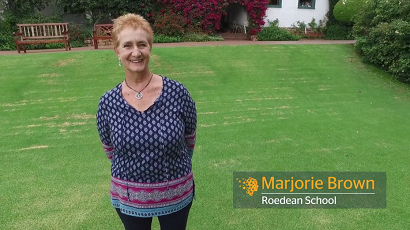 ‘Since doing the quiz, literacy levels have increased in those schools by at least 30 per cent,' she shares. ‘South Africa is a country of great inequality, and I believe that literacy is the key to levelling the playing field.'

The history teacher has also been a human rights activist for almost 40 years. Brown was one of seven educators to start one of South Africa's first non-racial schools in the 1980s, during the height of apartheid. ‘It is an immense privilege and responsibility to interact with youth – emotionally and intellectually – to restore hope in intergenerational bonds, and to break down cultural and any other barriers that prevent pupils from understanding and reaching out to others.' 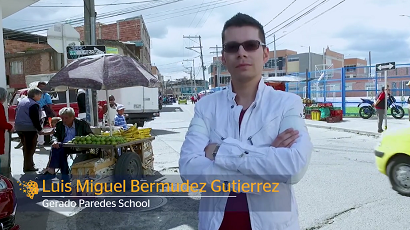 Teaching in one of the most troubled areas of Bogota since 2010, Luis Miguel Bermudez Gutierrez is set on changing the mentality of his students' generation by educating them on their human rights.

In 2014, Gutierrez introduced a sexual citizenship program with the aim of reducing teenage pregnancies and teaching his students how to recognise what sexual abuse is. ‘The integration of the sexual citizenship project was not at all easy. As a consequence of it, I was a victim of bullying inside our institution,' Gutierrez says.

He has been credited for helping the reduction in teen pregnancies from 70 cases in 2014, to zero in 2017 through his work in changing the school curriculum to have students understand their rights and celebrate diversity. 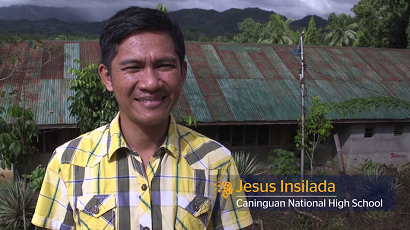 Jesus Insilada is the principal of a school in the Philippines where a large majority of students are Indigenous, like himself.

His teaching philosophy, which has worked towards drastically decreasing the school's dropout rate, centres on culture-based education. This approach has been adopted by schools all over the Philippines. It includes using traditional songs, dance and games as learning aids, and also aims to get parents involved as they are a big influence in whether children finish school.

‘It's amazing; culture based teaching is really keeping the children to stay in school. We have decreased our dropout rate from five per cent to one per cent, we even would like to make it zero this school year,' Insilada says. Glen Lee is passionate about STEM (science, technology, engineering and mathematics) programs and, in his role as a robotics teacher, has pioneered the first organised robotics program in the state of Hawaii, which has since led to over 750 similar programs running across the state.

In order for Waialua High & Intermediate School's robotics program to run, Lee had to source $200 000 in fundraising and donation money. After successfully raising enough to fund the program, it's with the help of its success that the number of students studying STEM subjects at university has grown from one student years ago, to 40 students last year.

‘We're not a traditional a classroom,' the educator explains. ‘I always try to create this business-like setting. So there's students with different roles and we focus on this concept called peer mentoring where it's not just a teacher teaching, [it's] students learning from students.' 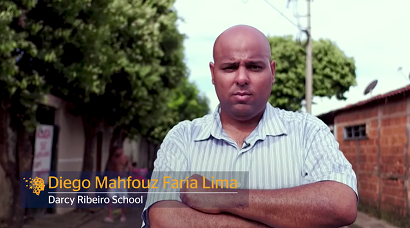 Diego Mahfouz Faria Lima is a teacher at a school notorious for drug abuse and violence. Entering the school at a time where it was extremely run-down, Lima encouraged students to respect the property by enlisting the help of their parents to refurbish it.

‘There was a wall here inside the school, which was used for consuming and dealing drugs. One of the first things that I did here was to revitalise and transform it into a square for reading,' he says.

In order to decrease student absenteeism and the dropout rate, which was often 200 students per year, Lima helped create a student ID card system. That way, if their card wasn't scanned on a particular morning, Lima would know they were missing, and would visit their home to investigate the reason behind their absence. ‘[It's] also to show them that we miss them in school,' Lima says.

He also implemented a conflict mediation program in order to show students how important it is to have dialogue to resolve issues instead of resorting to violence. This has helped reduce the rate of bullying in the school. 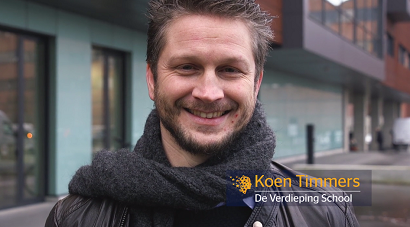 Koen Timmers, a web design teacher, is passionate about connecting students all over the world.

To do this, Timmers designed his own web platform to connect schools across the globe. The platform is host to a Timmers' ‘climate action project', which calls on students to research the climate change status in their country and then share their findings to other participating schools by uploading an explainer video on Timmers' website.

‘By connecting students around the world, I hope that they will be inspired by each other [and] most of all, enjoy learning.'

This project, which saw 250 schools participate, is not the only global education program Timmers has executed. Programs such as ‘Human Differences: What Keeps Us Apart?' were hugely successful and, he has also worked towards getting 100 educators across the globe involved in a program which brings free education to African refugees via Skype. 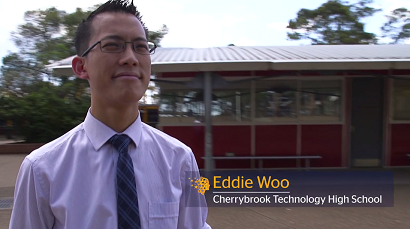 Eddie Woo is a maths teacher in Sydney who is passionate about engaging his students by relating mathematics to real life.

‘Any teenage boy who is into sports, no matter how many times they tell you they're not into maths, they can quote hundreds of statistics to you about their favourite team and their favourite players, that's so natural to them … so that's the first big, important thing, showing a connection to their lives,' he told Teacher last month.

Woo has also had his lessons well received across the globe, thanks to his aptly named YouTube Channel, Wootube, which hosts recordings of each maths lesson he conducts in the classroom. These videos have proved to be excellent revision tools for students.

As for providing extra support for students at his school, Woo implemented a lunchtime maths revision session where older students mentor younger students. ‘I want them to have someone they can access and ask questions to that could help them say “alright, in my class of 30, I sort of never really get enough time with my teacher to ask all the questions that I need. Maybe I can ask somebody else and they can help me.”' 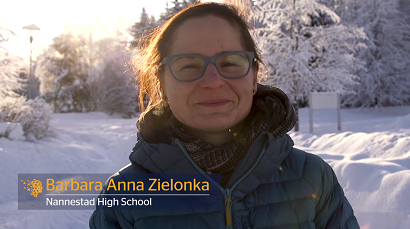 Barbara Anna Zielonka threw away all the textbooks that were used in the past for her lessons, instead embracing the use of technology. She teaches English at Nannestad High School, where the dropout rate was sitting at 25 per cent before she arrived. Since she began teaching there, the number of students not completing school has dropped significantly to 5 per cent in 2017.

‘Information that you find in course books is outdated, I want to empower my students using different digital tools,' she says. ‘I'm an advocate for using mobile devices in the classroom. I think [they] are very powerful tools.'

As well as being passionate about using the latest techniques and technologies, Zielonka encourages her students to be global citizens. They often engage in Skype sessions with other students or professionals from other countries.

All images supplied by the Varkey Foundation.

Visit www.globalteacherprize.org to find out more about the Global Teacher Prize and read about all of the educators on the top 50 shortlist. 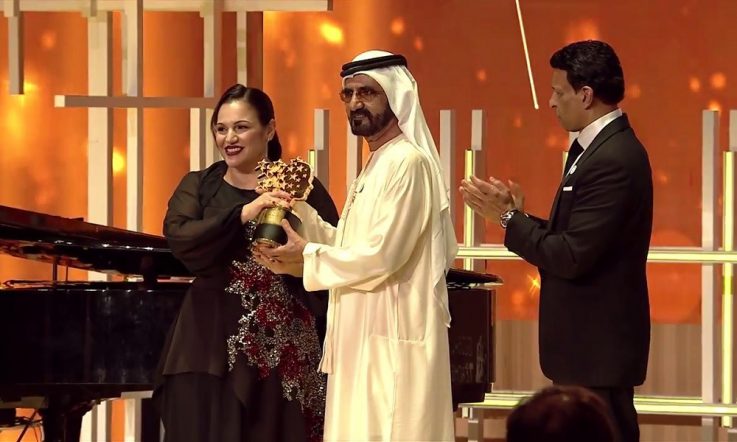 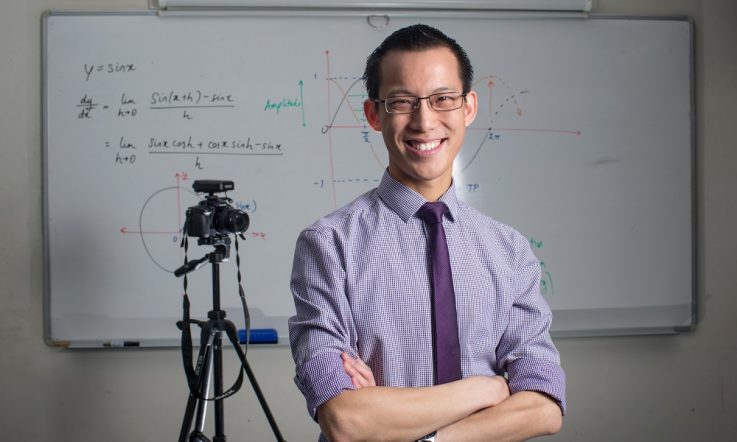 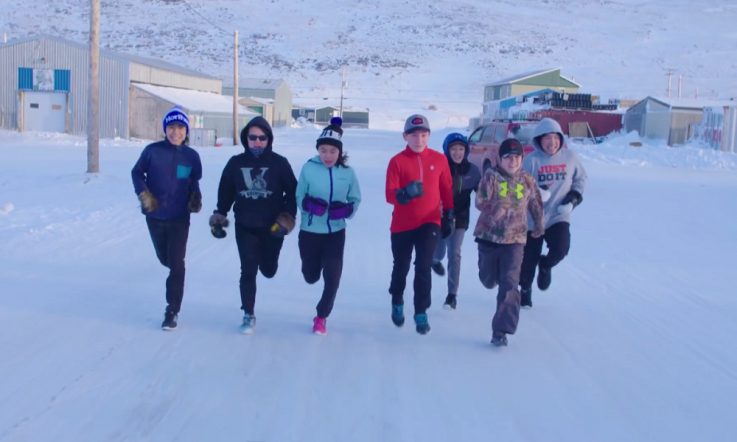