Hello – I'm Jo Earp. Thanks for downloading this episode of Teacher magazine's Global Education podcast series. The Research Schools Network in the UK is a joint project involving the Education Endowment Foundation (EEF) and the Institute for Effective Education. Each school, selected as a leader in bridging the gap between research and classroom practice, receives GBP200,000 – that's around AUD320,000 – over three years. I caught up with Dr Jonathan Sharples, Senior Researcher at EEF, to find out more.

Jonathan Sharples: At EEF we've spent a lot of time over the last five years trying to generate evidence, trying to create that as actionable and as accessible as we can. But, we realise as much as we can present information to schools, that information needs bringing to life. One of the ways in which we've done that is building a network, a national network, of Research Schools that can take our evidence and other people's research evidence and run conferences around that, run training sessions, run processes around taking that information and getting it into practice.

Really, what that is based on is an understanding that the information, the evidence by itself, is not enough. Schools need extra information and support to be able to apply that into practice and the best people to do that are other schools. So, if you take evidence say, for example, around feedback in the classroom – it's well understood, schools know about that. We'll work with Research Schools to really, precisely articulate ‘well, what does that look like in Maths on a Wednesday compared to English on a Thursday?' and start bridging and bringing together, bringing to life, some of that evidence in terms of what it looks like in the classroom.

Jo Earp: So, how many schools are involved in this network, you mentioned there's a network?

JS: Yeah, it's pretty early days – we've got one school in each of the nine geographic regions of the UK and those schools will be working with hundreds of schools just around basic communication. That will be through newsletters and blogs and conferences, and just disseminating information to schools – so, at a very light but broad level, hundreds of schools.

Then the most intense stuff is where they'll be running really front-end, world class innovation projects, where they'll be taking a bit of existing evidence and really trying to push the ideas of what this can look like in terms of new pedagogies and new teaching strategies. And they'll be typically working with 10 to 20 schools, developing new interventions and innovations in the classroom.

JE: So, it's exciting stuff. Now, something that we often say at Teacher is obviously you can look at the evidence there and look at what's worked in another school but it's important to realise that you can't just pick it up and plonk it in your own school and hey presto, there you go … it works its magic. And that's something that's you're keen on sharing as well isn't it?

JS: Yeah, we try and work with schools to think about how they integrate this research evidence into their processes and their existing knowledge of what's going on in schools.

So, the first step would be nothing to do with external research, it would be about how you use your existing data to really understand your context and really understand where the gaps are, and use that to drive areas for school improvement.

The next step is where they can look at the existing research and think ‘well, what's been shown to be effective in relation to those issues elsewhere?', ‘where's the evidence in relation to things that might be worth trying?' So, that will be around the decision making process.

Then, once they've made a decision (we're going to try something new in this area), we'll give some help around implementation – How do you go about making those changes? How do you adopt and adapt existing things that are out there?

Then we'll think about supporting them to evaluate that change in their own particular context – How do they use their existing data? How do they construct good evaluations to pick up those changes that they're hoping to see?

Then, finally, once they've found things that are effective, how do they really embed that and get it working across that school? So, I guess the principle throughout that is integrating the research knowledge with their professional expertise in a way that's balancing that appropriately. 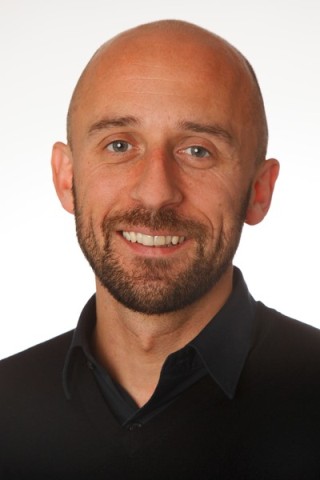 JE: Now, you do a lot of work in the UK and you see a lot of educators. How can we go about convincing schools, educators on the ground, to enact this change, to use evidence? Because, it's one thing just to read it, but then to actually go to the next step and do something about it – how have you managed to grapple with that?

JS: There are lots of very legitimate challenges to engage with evidence – the biggest one being time, there's not enough time, there's too much out there, it's not necessarily knowing where to sift various conclusions from another.

I guess the first thing we've tried to do is start from where schools are at and frame it very practically about the issues and the areas of development that they're interested in … Then, if you make the evidence clear and actionable and accessible, and also provide support to be able to implement that work, we find that it is of interest if it's related to the issues that they're trying to improve.

We've just done a set of guidance reports around Primary Literacy, that will set out eight recommendations that the research says around how to develop Primary Literacy. And they're framed in very practical terms – it'll run through ‘how do you go about implementing a phonics program effectively?', for example, or ‘how do you diagnose the particular weakness within a particular child? Is it deficiency around phonics, or is it a deficiency around comprehension? Where do you focus your efforts?'

So, if you start from the practical context of teaching and learning and then bring the evidence to that, rather than the other way around, it seems like schools are interested in this.

JE: Who are champions that you're finding in the Research Schools then? Is it the principals (as we call them here), the head teachers over there? Or is it leading teachers? Who's really driving this in the UK?

JS: That's a great question. Too often this idea of evidence-informed practice is being isolated teachers working on particular issues, or on a Masters degree, which is great but often that work is not being linked in or informed by, or informing, the overall school agenda. What we're trying to do is create a clearer picture of what this looks like at a school level and recognise that different people are playing different roles in that process at a school level.

The leadership, absolutely, has to create a culture that encourages people to [look to] research, they have to set out processes by which all this work can inform the school agenda, they have to know about effective professional development, they have to have the guts, to be honest, to stop things that are not working. There are leadership conditions.

But you're right, they will often be an evidence champion or a lead teacher that will be coordinating the activity within staff. That might be middle leader, sometimes playing a leading role in terms of driving the changes. It'll include bursars looking at the evidence around effectiveness when they're making decisions around spend and things like that. So, we need to move beyond just seeing this as a homogenous role within schools and realise that for an organisation to be evidence-informed, different people can play different roles – right from doing primary research, right through to teachers almost demanding that the training they are sent on has got good evidence behind that.

JE: If you're working at a particular school and you see another school is doing some good things in an area, how do we connect there? What does it look like? Do we just pick the phone up and say ‘hey, what's your secret?' as it were?

JS: There's a bigger agenda at the moment in the UK about a school-led system and about schools supporting other schools and this push towards sharing best practice. When you get schools to collaborate on something they don't always share best practice, you can recycle poor practice, you can recycle things that are less effective. Some of the evaluations of that work are showing that we're not quite getting the transfer as anticipated. So, with Research Schools, the idea is we work with them, we partner with them, but they are the face of EEF to other schools.

When you get that working, [schools] will have an issue they want to focus on and the Research Schools will be signposting them, they'll be linking them up to other schools who might be doing innovations, they might be involved in projects, they might be particularly good at exemplifying what the evidence looks like in practice.

When that works well they really bring the evidence to life, they're bringing expertise to it that we don't necessarily have. We can pull together the ‘what', we can pull the evidence, but the ‘how', the process of actually implementing that work, schools are best placed to provide that kind of picture of how it looks in practice.

That's all for this episode of Global Education. For more on this topic, check out the podcast transcript and related reading at our website, www.teachermagazine.com.au. To download all of our podcasts for free, visit acer.ac/teacheritunes or www.soundcloud.com/teacher-acer.

As a school leader, how are you using existing data to highlight where the gaps are and drive areas for school improvement?

Once you’ve highlighted an area for improvement or change, are you looking at research and evidence to inform your next steps?

Does the professional development teachers are accessing at your school have good evidence behind it? 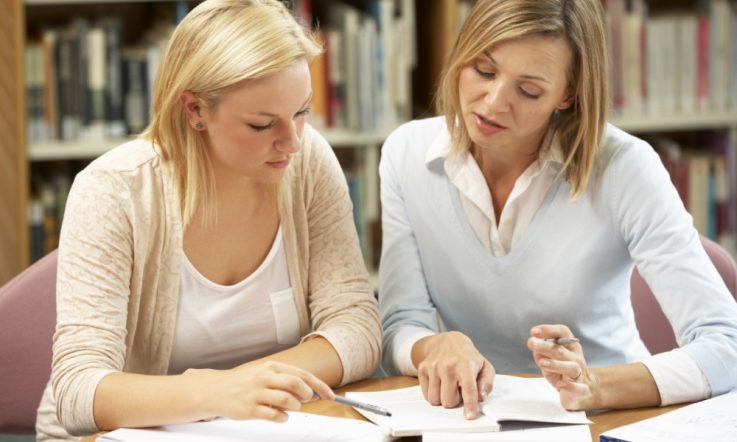 The effective use of classroom support staff 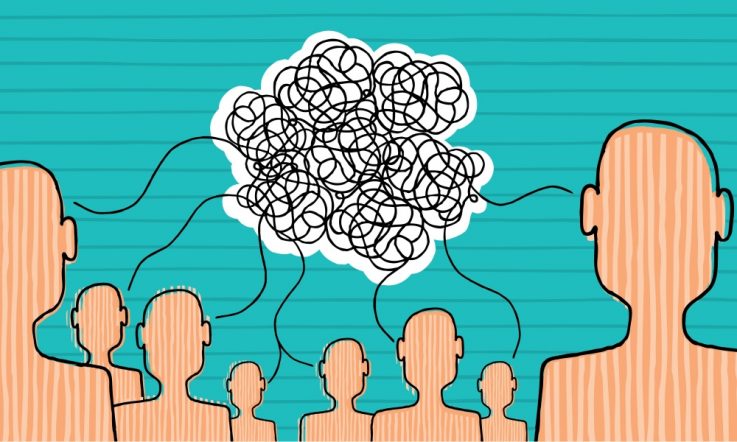 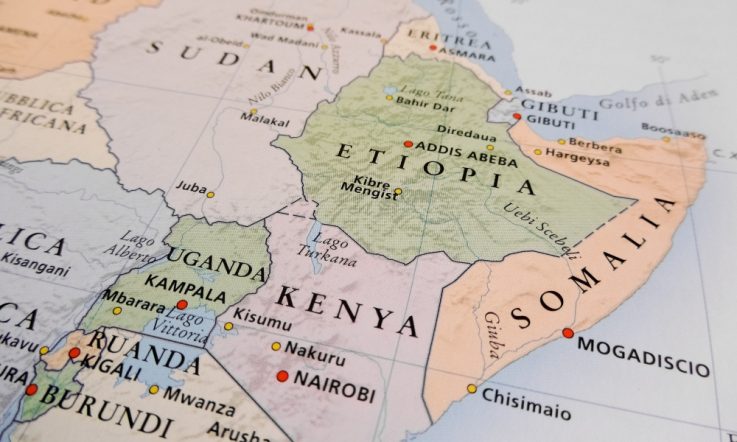