Green at 15 – what schools can do to support the climate

‘Never before have the stakes been so high for the role of science education in shaping how people interact with the environment. Human activities such as the generation of greenhouse gases, the accumulation of waste, the fragmentation or destruction of ecosystems, and the depletion of resources are having a substantial impact on the global environment.’ These were the opening sentences of a report from one of the first PISA (Programme for International Student Assessment) assessments, carried out back in 2006.

PISA 2006 offered the first international assessment on what students know about the environment. The results showed that fewer than one in five 15-year-olds on average across OECD countries could thoroughly explain environmental processes and phenomena. This included using evidence to compare and differentiate among competing explanations.

Close to two-thirds of 15-year-olds had at least a fair understanding of the science underpinning environmental issues. For example, they could interpret the relationship between two charts showing carbon dioxide emissions and the average temperature of the Earth’s atmosphere. But that figure ranged from 80% in Finland to below 20% in Qatar, Azerbaijan and Kyrgyzstan.

Students’ awareness and knowledge of environmental issues are linked

Students who reported the greatest familiarity with complex environmental phenomena also tended to score highest on PISA questions on environmental science. Of course, such results do not prove that greater scientific knowledge directly leads to interest in the environment, or vice versa. However, an association between the two suggests that a joint curricular emphasis on learning why the environment matters and understanding the scientific phenomena involved is important.

Why environmental science knowledge is crucial

Students with poorer knowledge and skills around environmental science often reported an almost naïve optimism that the environmental challenges will go away in the future. Better knowledge enables students to realistically assess the magnitude of the challenges that lie ahead.

Most students learn about the environment at school

More than anything else, students in the 2006 PISA assessment cited school as the place where they learned about the environment. The great majority of schools included environmental science in Geography and Science lessons, although many also included it in other subject areas.

The results also showed that higher-performing students were more likely to combine information from school, the internet and other media, and books to find out about the environment.

Sustainability has remained at the heart of PISA

Since 2006, the concept of sustainability has remained at the heart of PISA, the world’s global metric for gauging the quality of learning outcomes at school.

The next PISA science assessment in 2025 will take these issues up again. It will show how students’ knowledge about the environment has evolved over the past 20 years, also in light of the much greater prominence these issues have gained in both the scientific and public sphere. And more importantly, the next PISA science assessment will make researching, evaluating and using scientific information for decision making one of the core PISA competencies on which students around the world will be assessed.

For example, it will examine how well students can distinguish between claims based on scientific evidence and opinion, construct arguments to support scientific conclusions with data, critique flaws in science-related arguments and justify decisions using scientific arguments.

The role of agency in sustainability

In the meantime, the PISA 2018 assessment added an important new perspective to the picture on sustainability: student agency – the capacity to set goals, reflect and act responsibly to effect change. The concept of agency is rooted in the belief that students need to develop the ability and the will to positively influence their own lives and the world around them.

Most 15-year-olds know about climate change and global warming…

When it comes to environmental awareness, 79% of students across the 37 OECD countries said in PISA 2018 they knew about the topic of climate change and global warming, a figure that ranged, when considering all 66 countries covered by this PISA survey, from 40% in Saudi Arabia to around 90% in Hong Kong (China) and Singapore.

These fairly high percentages are not surprising when considering that 88% of school principals reported that global warming and climate change were covered in the school curriculum, a percentage that exceeded 50% in all of the 66 countries except Israel and 75% in all but 12 countries.

Environmental challenges not just urgent but personal and inspiring

The high level of student awareness should also be seen in the context of how much the environment matters to most young people: an average of 78% of students in OECD countries agreed or strongly agreed with the statement that ‘looking after the global environment is important to me’. In no country did this figure fall below 64%.

Yet… young people don’t feel they can make a difference

However, when students were asked whether they could do something about global problems like climate change, the figure dropped to an average of 57%. In Germany, the Slovak Republic, Romania, Hungary, Latvia, Moldova, Russia, Austria, Switzerland, Malaysia, Slovenia, Serbia, Belarus and Estonia, the percentage fell to less than half. And, when asked whether they think their behaviour can impact people in other countries, the average figure dropped further to 44%. Interestingly, PISA top performers Korea and Singapore showed, with 20% and 24% respectively, some of the lowest shares of students who are confident they can have an impact.

So, while students show a high level of awareness and interest in the future of the planet and take responsibility for this in their daily lives, they don’t feel a sense of empowerment and agency to make a real difference.

The same discrepancy between awareness and agency became apparent for other global challenges that PISA 2018 surveyed too. This does not necessarily reflect a lack of attention to those issues in school; as noted above, school principals in most countries say that climate change now features at least in some form in their curricula. But it suggests that students do not experience a sense of being in control that gives them the capacity to positively influence their own life and the world around them.

Schools can help students develop a stronger sense of agency

We can do better, and the wide variation in levels of student agency that PISA reveals between schools and education systems, even after accounting for context and social background, shows that education can make a difference.

This is not rocket science: The Education 2030 Learning Compass at the OECD has identified many examples in which student agency is successfully developed and exercised in different contexts, whether social, economic, creative or moral.

It shows that education systems that encourage student agency are those in which learning involves not just teacher-led instruction but teachers co-constructing active learning environments with students. It also highlights the importance of authenticity in learning that makes links to the real world. Learning in which collaborative experiences outside school are just as important as mastering discipline-based knowledge in school.

The climate stakes are high: scientific knowledge is a premium

Climate change is likely the biggest test facing humanity. Equipping young people with solid scientific knowledge and understanding of environmental issues is key to their realistic appreciation of the environmental threats ahead. It is one of the greatest investments a society can make in its people and the future of the planet.

Understanding the science of climate change is important. The coronavirus (COVID-19) pandemic has given all of us a taste of the powerful forces of science and Mother Nature. Those who remained ignorant of science and gave precedence to comfortable beliefs, ideology or politics during this pandemic have paid a steep price for this. As the New York Times columnist Thomas Friedman notes, ‘You cannot sweet-talk Mother Nature, you cannot spin her.’

Mother Nature will always and only follow the principles of science, and she will always have the last word. Not least, the pandemic has given us a sense of how interdependent the world has become, and how closely collective well-being hinges on individual behaviour and responsibility.

But what is the use of climate change knowledge if young people don’t feel they can do anything about it, or if they don’t choose careers where they can bring that knowledge to bear?

Schools need to do better in helping students develop a sense of self-efficacy, agency and responsibility. Only in this way can young people unleash their knowledge and energy to build sustainable cities, start sustainable businesses, push the innovation frontier for green technologies, rethink individual lifestyles, back ecologically responsible policy making, and, most importantly, strike the right balance between meeting the needs of the present and safeguarding the ability of future generations to meet their own needs.

I know, some will say the climate challenge is far too urgent to place all our hopes in the next generation. And yes, that is true. But the sluggish progress we are seeing with changes in public awareness and behaviour show how much harder it is to unlearn comfortable beliefs and habits than to get it right from the start.

That’s why it is important to be green at 15. Today’s school students are just a small share of our populations, but they are 100% of our future.

Thinking about your own classroom practice: Do you give students the opportunity to co-construct their learning? Where possible, do your learning tasks have links to the real world? Do students have an opportunity to collaborate with external experts, organisations and students from other schools? 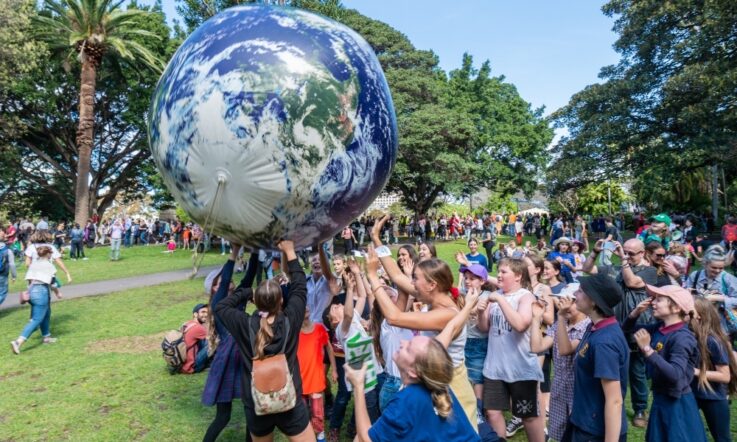 Students’ thriving in an interconnected world 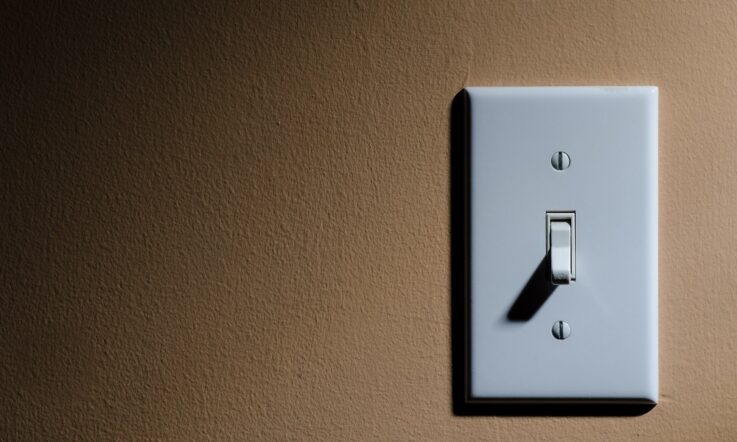 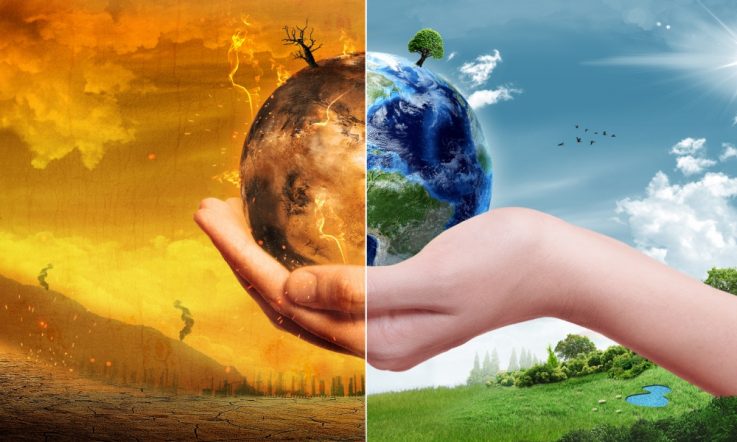