Teachers and school leaders spend considerable effort and time writing and checking student reports. But how effective are they? And, are they the best way to communicate information about student learning to parents and carers?

Anthony Hockey faced these questions during his time as Principal of St Paul's Catholic Primary School in Darwin, Northern Territory. The year was 2018 and he found himself questioning whether school reports were achieving the desired outcome of improving student learning.

It also happened to be the time when his school was changing over its computer system, so he realised it was a great opportunity to review existing practices. Hockey read the work of Professor Geoff Masters around assessment and shared it with his staff.

From there, Hockey connected with Dr Hilary Hollingsworth from the Australian Council for Educational Research, who was in the process of examining school reports for the study Communicating Student Learning Progress: A Review of Student Reporting in Australia. The findings from this three-year study, co-written with Jonathan Heard and Dr Paul Weldon, have been reported on in Teacher magazine.

‘Hilary asked me a question that really almost stopped me in my tracks when I was thinking about school reporting,' Hockey shares. ‘She asked me the question: ‘Is it effective?' And it was such a simple question, but it really struck me because I went, ‘Is it effective? And who is it effective for?'

Consultation with parents and carers

From there, Hockey arranged focus groups with parents and the School Board. He says leadership and staff were challenged by the responses they received.

The most confronting feedback, he recalls, was when several parents said they would never show their child the school report as it was too negative. ‘That was really confronting for the teachers. You think you're writing this professional document and you're well versed in how to write reports, but when someone says “you can't even tell it to the student who it's for” – that's very confronting.'

From there, the leadership team had many discussions and also reached out to other schools around Australia to gauge if they were experiencing similar problems.

‘It was actually hard to find good examples [of reporting to students],' Hockey shares. ‘It was one of the challenges, when we started saying “listen, we want to look at it a little bit differently, can you give us some examples?” And I know Hilary gave me a couple of schools and I rang these schools and I talked to them. But it was actually really hard … and challenging to find out who to talk to at a school and to try to get examples.'

The challenges they encountered

The first challenge the school faced was time. Hockey says it took around six weeks in total to bring in the new system, which was no small feat. They were also challenged by the software company, who didn't believe they could meet the deadline. The main issue was that the new school reports needed to include students self-assessing directly into the report, which wasn't a capability that was built into the existing system.

Hockey says within six weeks, they managed to have students in Grade 3-6 self-assessing on a five-point scale, and the software company calling to say they could see the benefits of what the school was trying to do.

Another consideration was to get parents on board with the new system, as they were used to A-E reporting and were now reading reports on a five-point scale. Hockey says consulting and communicating with parents was an important part of the process.

The new reports had significantly less words printed in them and had a student mark next to a teacher mark. The teachers also tried to dedicate a section of the report to parents and what they could do to further enhance the learning of their child. ‘That's actually quite challenging to do without sounding patronising,' Hockey shares.

As a result of the changes, Hockey says staff found that conversations at parent-teacher interviews changed because students were more involved in the process. ‘It really enabled richer conversations between the teacher, the student and the parent,' he says.

Hockey has since left the NT school and is now Principal of St Mary's Primary Parish School, in Williamstown, Victoria. He has also reviewed the reporting system at St Mary's and used the same software company to do so. Given he's been through the process on two occasions, Hockey has some advice for other schools considering reviewing their own school reports.

‘And then you need input from teachers, students and parents, because quite often they're effective for the teachers, but they're not necessarily effective for anyone else,' he says.

Have you considered shaking up the way you report student progress? Where would you begin? How would you approach it? What are some of the key areas you’d like to change about your existing processes?

Anthony Hockey consulted with parents, the School Board, staff and students when embarking on this journey. As a principal, how often do you consult all stakeholders when making decisions at your school? What impact does it have on parental involvement in the school and the overall success of the changes you’re making? 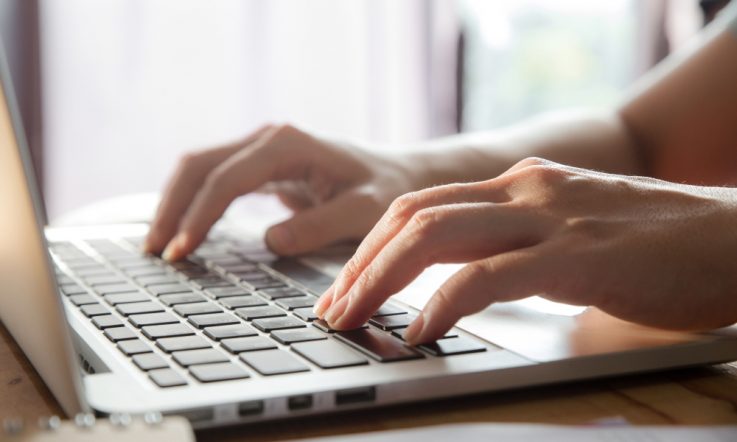