Researchers in the US are investigating the development of young children’s computational thinking skills and dispositions. Professor Joohi Lee and colleagues at the University of Texas at Arlington say although algorithm design is ‘the most critical computational thinking component’, the concept hasn’t featured much in early childhood literature.

An algorithm is a step-by-step solution to a problem. The researchers explain the other major skills in computational thinking are: decomposition (breaking something like a problem or a system down into smaller parts); pattern recognition (looking for patterns and similarities); and abstraction (focusing on the important information).

In the Australian Curriculum, computational thinking is a key idea in the Technologies learning area and also includes the skills ‘modelling and simulation’, and ‘evaluation’ (ACARA, 2021).

Commenting on the relevance to young children, Professor Lee and her co-authors write: ‘Algorithm design is often associated with computer science and upper-level mathematics. However, algorithms are often present in early childhood and elementary classrooms,’ adding teachers may already be implementing them without knowing it.

They point to research showing algorithm design skills are associated with children’s advanced ability to regulate, control and evaluate their own actions.

The researchers say early years educators need to ‘carefully plan and intentionally implement’ algorithm tasks as part of day-to-day learning so that children can build their skills, and using explicit language is an important part of this teaching.

Daily activities such as getting dressed and brushing teeth, and classroom play such as completing puzzles or building models all offer opportunities for children to practice algorithm design. In the classroom, teachers are advised to use explicit language – in particular, ordinal words (first, second …) – to emphasise the step-by-step nature of the activities.

‘Algorithm tasks in early childhood involve any step-by-step procedures, such as creating a recipe, creating a treasure map, developing and following how-to activities, and sharing daily routines. Daily tasks with step-by-step procedures can be highlighted to promote children’s algorithm design skills and ultimately their computational thinking,’ the researchers write.

For example, when following a recipe there’s a clear order that needs to be followed, and not just in relation to ingredients. Having the correct equipment is also part of the step-by-step nature of the task (you might need a bowl to combine the ingredients, or an oven to bake a mixture). Giving an example of explicit teaching for how to make an ice cream sundae, the researchers write: ‘“First, get a bowl and spoon”; “Second, scoop ice cream into the bowl,” and so forth. Having children do this helps reinforce remembering each step in a sequence and also develops new language skills.’

Teacher modelling is another unplugged activity that helps to build algorithm design skills, even though you might not have thought of it in this way before. The research team gives the example of a craft activity where children learn to make a caterpillar by gluing different coloured circles of card onto a piece of paper.

‘Whenever a teacher plans to model “how to,” this is a teachable moment to help children practice algorithm design skills and to introduce the term “algorithm.” For example, the teacher may say: “I’ll show you the algorithm for how to create a caterpillar with seven circles.”’ In the case of this activity, where children are doing the same process again and again (gluing down the circles) it’s also a chance to introduce the computer science term ‘loop’.

Explaining what’s going to happen during the day is another easy teaching opportunity – ‘First, we’ll have a story on the carpet; second, we’ll have snack time …’.

If you want more ideas for algorithm activities, and tasks that build the other component skills of computational thinking in the early years, the Digital Technologies in Focus project has produced a set of printable cards with activity ideas for teachers, and parents.

With a colleague, or on your own, think about the daily activities and routines in your own classroom. Which ones offer opportunities to build students’ algorithm design skills? How will you emphasise the step-by-step nature of these tasks? What language will you use? 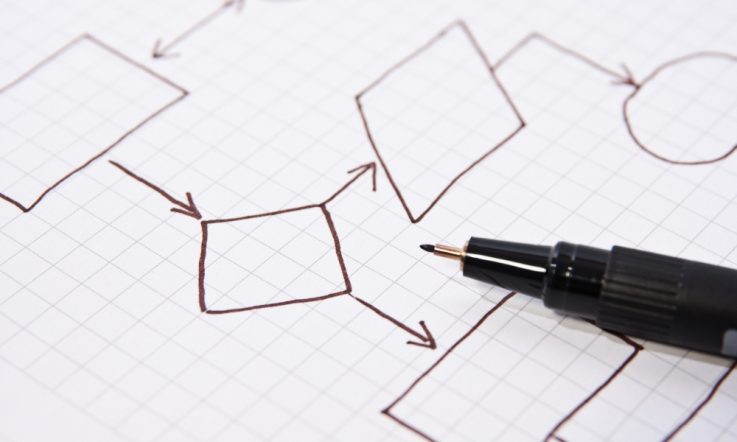