Melanie Macmillan, Principal of Warwick Farm Public School in New South Wales, shares how her experience in The Principals' Centre in Australia: Leadership for School Excellence program at the Harvard Graduate School of Education strengthened her professionally as a school leader, but it also helped her to understand how she could better support the needs of families at her school.

Over four days in January 2020, school leaders across Australia, New Zealand and the wider Asia-Pacific converged on Sydney to take part in a new program from the Harvard Graduate School of Education (HGSE) called The Principals' Centre in Australia: Leadership for School Excellence.

One of those educators was Melanie Macmillan, Principal of Warwick Farm Public School in New South Wales. Macmillan has been principal of her school since 2017, and has since been working hard to overcome some of the challenges faced by her community. In yesterday's article for Teacher magazine, Macmillan shared more about her school context and how she's been working with students to foster a sense of school pride.

Macmillan says she was initially drawn to the Harvard program because she wanted to improve her leadership skills and learn how she could better support the department system. The leadership course is designed to provide leaders with the knowledge, leadership strategies, and tools to become effective leaders of instructional change and accelerate learning for all students. While based in Sydney, participants have the opportunity to engage with Harvard faculty in Boston to explore research-based techniques and best practices to assist in developing a leadership plan tailored to their home school settings.

‘I had a couple of colleagues who had already completed it but doing the program over in Boston. One of those people is quite a close friend and I know that he got so much out of it and his school had been doing so many wonderful things – so I thought I'd apply and I wasn't really sure if I'd get in, but it worked out that I did,' she says.

Macmillan says it was a fantastic learning experience, but it was also very full on. ‘For four solid days, I don't think I've ever worked as hard,' she says. ‘We had pre-work prior to the program and then I felt that the program was so intense that every night I would re-do the work – the readings and the pre-work tasks – even though I'd done them two or three weeks ago, my brain was just overloaded and I had to reread, “oh, what was that again?” – so that I would be ready for the next day.'

One of the themes explored the Four Frames of Leadership, research by Lee Bolman and Terrance Deal. ‘It helped us identify which perspectives we use in our leadership the most often. Then it asked us to question: of these four frames or four perspectives, which ones could help us in different scenarios in the workplace? So, that was really interesting,' Macmillan says.

Another theme honed in on the Instructional Core, specifically the work of Liz City from HGSE. Macmillan says she's been using this research for quite a long time, but the program allowed her to look at it more deeply. Macmillan says she also learned quite a lot from the session on adult learning and how to overcome those challenges.

However, the theme that Macmillan found most useful was the unit on family engagement, drawing on the work of Karen Mapp. Macmillan, says going into it, she thought her school was already doing so much for the families they serve, but she was surprised to learn there was so much more she could be doing.

‘It was really life changing. At one period I thought I was going to tear up because it made me think, “Oh my god, there are so many things we need to do, I thought I was really good at this …' We have so many new things to do, so this was kind of a life-altering perspective on what we'd been doing for our families.'

Macmillan says she knows her school had been succeeding in involving families, but there were several, small changes she could make to strengthen those relationships. ‘We've built trust with our families, our families come into the school, that's great,' she says. ‘But we weren't even considering touching on the concept that our parents could be mutual learners with us – so, they could be co-creators of what's going on in the school. We were just doing things to be able to bring them in and build their trust.'

As a result, Macmillan has spent the beginning of the 2020 school year focusing on changing the language used throughout the school to make it more inclusive. For example, she says most school notes were sent home with the text: ‘Dear Parents/Carers'.

‘I can't believe that I hadn't thought of it before, that could be kind of insulting for our families. We've got a lot of kids in out-of-home care, or living with an aunt. So all of the language that our school uses has completely changed. Our notes now say “Dear Families”. At the moment, it's a very symbolic language change to be much more inclusive and now we can have really dynamic, effective partnerships with our families.'

The school has also decided to change the language around its annual ‘Meet the Teacher Barbeque', to instead called it a ‘Family Meet-and-Greet Barbeque'.

‘So, just changing that language of “meet the teacher” to “we want to meet you” – we hope that really sends a clear message to the whole school community that we genuinely are interested in more of a mutual kind of relationship,' Macmillan says.

While Macmillan and her leadership team had already adopted visibility techniques like being on-site at the school gates every morning to welcome students and their families, and sharing minutes from their executive meetings – she says the Harvard program taught her some new approaches to visibility that she hadn't yet considered.

‘Over the Christmas holidays while I was doing the Harvard program, I emailed all the staff and invited them to send me a couple of photos of their holidays and a blurb of what they've been doing over the Christmas break. Then we published that on our school social media on Facebook and Class Dojo and the response back from the families and kids has been outstanding,' she says. ‘They were so excited to see the Year 4 Teacher was in New Zealand, somebody else went to Bali. The reports are from the kids and families that they've just loved that relationship.'

Macmillan also says she benefited greatly from the networking opportunities she was afforded during the program and how she's been able to maintain those relationships since returning to school. But, overall, she was just inspired to keep building on the work she's already been doing at the school to ensure that students are given opportunities to thrive in their learning.

‘I found it really reaffirming. There were a lot of things where I felt, “Oh I'm on par with this, this is okay, I'm not too challenged by this, I feel okay about myself”. And then there were other things like, “Wow, there is so much more we can do” – so it was just great.'

Thinking about some recent professional learning that you were involved in. What did it teach you about what you were already doing well? What did you learn that has helped to improve your practice? 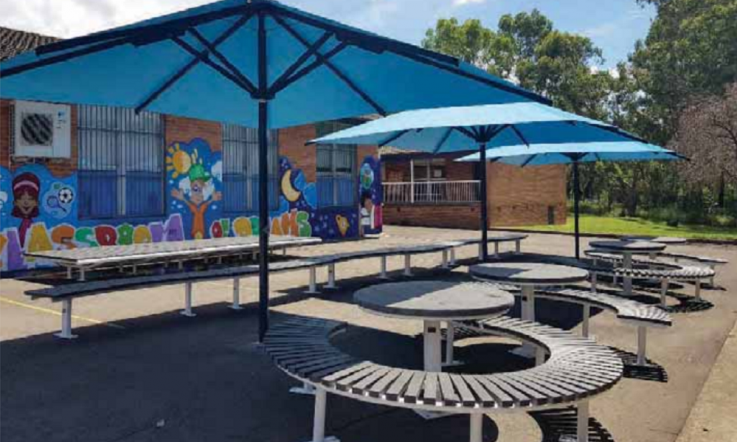 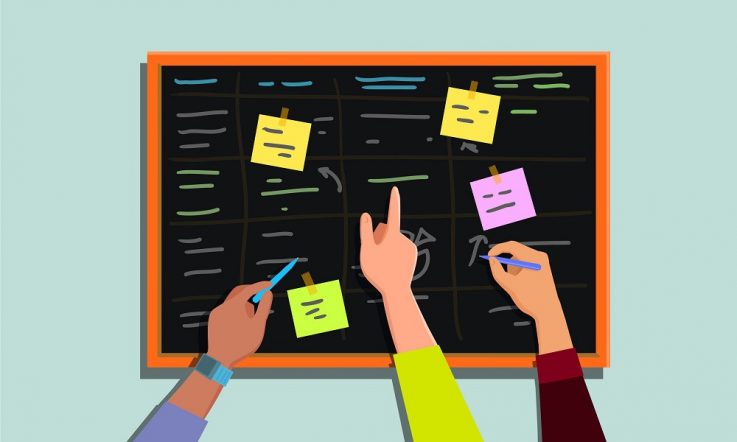