Research in the US has found learning in nature has a significant positive impact on student engagement during subsequent lessons indoors.

In one positive aftereffect, back in the classroom, educators were able to teach for almost twice as long without having to pause and redirect students' attention to the task in hand.

Writing in the journal Frontiers in Psychology, the researchers say ‘it appears that, far from leaving students too keyed up to concentrate afterward, lessons in nature may actually leave students more able to engage in the next lesson, even as students are also learning the material at hand'. They refer to this process as ‘refuelling in flight'.

Their paper cites evidence from the last 20 years on the benefits of learning in nature, including students who were able to retain more information from maths and science lessons taught outdoors, to positive effects on stress relief and rejuvenated attention.

Although previous studies have highlighted the positive impacts of spending time outdoors, Professor Ming Kuo and Assistant Professor Matthew Browning, of the University of Illinois at Urbana-Champaign, and Adjunct Professor Milbert Penner believe their study is the first direct exploration of the effects of lessons in nature on classroom engagement.

What happened in this study?

Kuo, Browning and Penner ran a series of mini-experiments with students in two Grade 3 classes (nine- and 10-year-olds) and their two experienced teachers, at a school in the Midwest. They matched pairs of 40 minute lessons – one in a small grassy area 200 metres from the school, and the other in a classroom with windows – across 10 topics and 10 weeks. The lessons were matched by teacher, students, class size, topic, teaching style, week of the semester and time of day.

‘Thus, in week 1 of our study, teacher “a” gave her students both a lesson on, say, leaf identification, outdoors, and another lesson on leaf identification in the classroom, and we compared indoor classroom engagement for that set of students after each of those two lessons.' The researchers note that because it wasn't possible to deliver the lessons simultaneously, the second would always be an extension of the first. ‘So that neither condition would have an advantage over the other, we encouraged teachers to put the lesson in nature first roughly as often as they put it second.'

The subsequent 20 minute observation took place in the teacher's usual classroom and followed a water and bathroom break for the students. The researchers carried out several measures of classroom engagement: teacher ratings for the class as a whole – from -2 to +2 where -2 was ‘much worse than usual' and +2 was ‘much better than usual' (engagement was defined as students listening to instructions, looking at set materials and putting their hand up for help); student ratings on the time period of their own engagement, of the students sat next to them, and the class as a whole – on a 5 point scale ranging from 1 being no time at all to 5 being the whole time); ratings of class engagement based on photos, made by an independent observer. An observer also tallied the number of ‘redirects' across the 20 minutes – that is, each time the teacher had to stop their instruction to redirect or correct student behaviour (for example, asking them to sit down or reminding them that they need to be working).

The research team say this final measure of engagement is of particular importance. ‘Redirects are a concrete and important indicator of how well instruction is going. High levels of redirects indicate students are not attentive to instruction or tasks assigned. Further, redirects themselves are likely to impact learning outcomes by reducing the coherence and flow of lectures and distracting students as they work on assigned tasks.'

What were the findings?

‘We found higher levels of classroom engagement after lessons in nature than after carefully matched classroom-based counterparts; these differences could not be explained by differences in teacher, instructional approach, class (students, classroom, and class size), time of year, or time of day, nor the order of the indoor and outdoor lessons on a given topic.

‘It would seem that lessons in nature boost subsequent classroom engagement, and boost it a great deal; after a lesson in nature, teachers were able to teach for almost twice as long [6.5 minutes compared to 3.5 minutes] without having to interrupt instruction to redirect students' attention. This nature advantage persisted across 10 different weeks and lesson topics, and held not only for a teacher with positive expectations for nature-based lessons but also for a teacher who anticipated negative effects of such lessons.' They add this ‘nature advantage' held for all the measures of classroom engagement, except for the student ratings.

In addition to the positive results, the academics discuss what it is about lessons in nature that may make the difference, highlighting previous research findings on: the benefits of physical activity (in this study the class walked 200 metres to get to the grassy area); exposure to nature being good for stress and attention; having a break from the classroom and change of scenery (a similar effect to going for recess); and the fact the teachers would also too feel less stressed and benefit from the same change of scenery and a ‘bit of a breather'. They suggest it's likely several of these factors are at play in their study.

What do the findings mean for educators?

Kuo, Browning and Penner say their findings should allay the fears of teachers who are interested in delivering lessons in nature but are concerned about the knock-on effect on student engagement once they return to the classroom. ‘[They] also offer some encouragement for teachers interested in trying to adopt experiential approaches to education, which are particularly well-suited for lessons in nature. Such approaches allow students to actively use the outdoors to apply theoretical knowledge “in the field” and undertake problem-solving and decision-making in real world scenarios.'

Teachers are recommended to try at least two or three lessons in nature before assessing their impact and value. They also suggest there could be less of a positive effect at schools without access to grassy areas – with ‘more barren schoolyards and surrounds' – and a greater effect for those with greener surrounds than the study site.

In any case, the researchers argue such a boost in classroom engagement could be a stepping stone that may eventually lead to boosts in long-term academic outcomes. ‘More broadly, the findings here underscore the growing view that classroom engagement is at least as limited and valuable a resource as instructional time.'

How often do you take your students outside to learn in nature? What are some of the challenges or limitations you face when doing so? How do you navigate and overcome these challenges?

These researchers found that delivering lessons in nature allowed students to actively use the outdoors to apply theoretical knowledge. Consider how you could do this with your students. Which lessons could you teach outdoors to help students to undertake problem-solving and decision-making in real world scenarios? 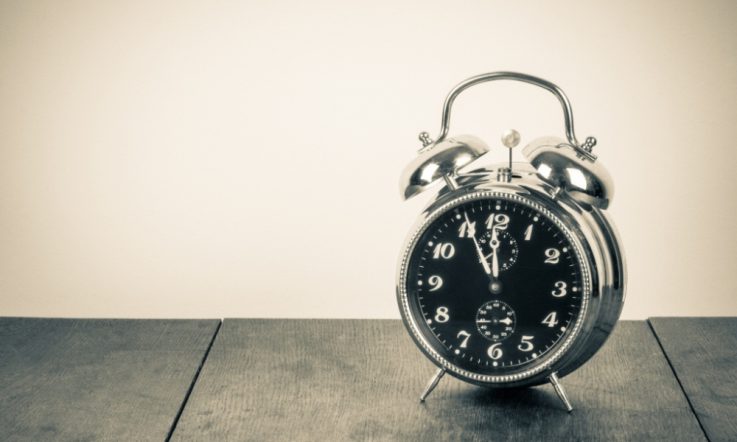