Welcome to another episode of School Improvement. My guests today are Cobram Primary School Principal Matt Knight and teacher Cassie Ryan. Cassie is a PE teacher at the rural school, but it's the role of Attendance Officer that has seen her develop and lead an initiative that has dramatically reduced the number of unexplained and chronic student absences. There's more to come on ‘Every Minute Matters at Cobram' (or EMMAC for short), but first here's Matt with a brief overview of the school context.

Matt Knight: [We're] Cobram Primary School, we're in north east Victoria, we're on the border between New South Wales and Victoria. We've got about 210 children … we've got a relatively high level of disadvantage. We're a Prep-6 school, about 23 staff, nine classrooms. We've got a PE specialist, an arts specialist and we also run a facilitated playgroup. We're quite isolated, we're a long way from Shepparton – which is our closest hub I guess when it comes to service providers, so we're fairly well out on our own.

JE: Matt explains Cassie was taking part in the Teach to Lead program, run by Teach for Australia, in 2016 and looking for an impact initiative when she came up with the idea for a whole-school push to lift attendance. I started by asking Cassie what the role of Attendance Officer entails.

So, my job also involves looking at obviously student absences, analysing data, developing procedures and policies based around absenteeism, and basically just working with families on attendance plans and things like that.

JE: As we mentioned, Cassie developed the EMMAC program two years ago. I asked her what the attendance data revealed at that point.

CR: It was a progression over a five year period. It was a trend that we had over 3000 unexplained absences in total for the year. And, we found this concerning and alarming and so we recognised that there was a need for significant change. We started a competition – we came up with the acronym Every Minute Matters at Cobram (we're calling it the EMMAC competition). Basically it involves all students, teachers and parents.

… Students compete in classes against each other for the least amount of unexplained absences for the week. So, it's a positive competition and it's definitely not pushing the fact that it's not okay to be away – that's not what it's about – what it is about is accounting for all students' absences. We're using the positive discourse, everyone is taking the responsibility to explain the absences if there is an absence. It falls on the shoulders of not only the Welfare Officer, but also teachers, parents and students.

… It was always supposed to be something that would involve the students and just create a bit of excitement really, a bit of a competition. We present to the assembly every Friday afternoon. The students really get involved; there's much excitement around the whole competition. They're actually competing for an excursion at the end (of the year). The winning class will get to go to Shepparton – which is a big thing, it's 45 minutes away and something special that they can work towards; and they're working together as a group, as a class, so it's a really positive competition.

JE: Discussing the impetus for the program, Matt says research around the impact of absenteeism on student outcomes, coupled with the school's data on unexplained absences and ‘chronic absenteeism' (that's where a student that has 30 or more days absence per year) highlighted that it was an issue.

MK: It was really important for us and we could see as a whole staff the importance of getting kids to school, and also making children and families accountable for absenteeism. We felt that in order to get a higher level of attendance we really needed to put the emphasis back on families to explain absences and to make sure that they understood the importance of being at school. So, it was really important that we got the information out there and ‘upskilled' everyone I guess in regards to the importance of being at school.

JE: Matt says ‘Every Minute Matters at Cobram' has led to a culture shift in the school and to a dramatic improvement in attendance data.

MK: It's the most exciting part of the week at assembly when we read out the weekly winners – the kids cheer and scream. They can't wait for it to be read out. So, it's become a really positive thing, and there's been a huge culture shift. The whole staff have taken it on as well as our whole wider community, so it's something that Cassie should be really proud of.

JE: Some impressive figures there - chronic absenteeism has also reduced, from 15 per cent to 10 per cent. Matt says knowing the reasons behind the unexplained absences is just one part of the puzzle, the next step for his team is to work with families to develop an understanding of what's acceptable and not acceptable, and how to respond.

MK: Obviously every school is going to have illness and family holidays and those sorts of things, but in some cases it was birthdays, or ‘we slept in', ‘we didn't have any bread'. Most of the reasons for the absences simply weren't acceptable reasons. That's our next body of work – we've gone from making sure they're explained and understanding them, now our next body is to go in and say okay, well what's acceptable and what's not and if it's unacceptable what can we do to get that child to school rather than miss out?

JE: As mentioned earlier, the EMMAC initiative grew out of Cassie's involvement in the Teach to Lead program.

CR: Teach to Lead is a program that I've been involved in for the last two years. It's run by Teach for Australia and it's a leadership course that has made a huge impact on my journey as a leader and getting me to where I want to be in the future. I've learnt an immense amount of content, you know ranging from basic things – organisational skills, delegation, being able to prioritise things – to more difficult things like holding people to account, or dealing with staff members and managing staff. I've also learnt how to coach and how to be a mentor, I've learnt how to manage and communicate more effectively so that I can improve my own skills as a leader and a manager.

JE: Matt agrees that ultimately the buck stops with him as the principal, but having staff involved in decision making and driving certain initiatives is a big part of the school improvement approach at Cobram Primary.

MK: Our School Improvement Team has different responsibilities, including transition, literacy, numeracy, welfare and attendance; that's a new thing and Cassie taking hold of this attendance role has had a huge impact on our outcomes. Across the school we look to run it that way. We try and have staff in charge of certain areas. There's no doubt that it has a greater impact when staff have bought in and when other people have been the main voice, it can't always be top down.

That's all for this episode – to keep listening or to download all of our podcasts for free, whether it's from our series on School Improvement, Behaviour Management, Global Education, Teaching Methods, Action Research or The Research Files, just visit acer.ac/teacheritunes or soundcloud.com/teacher-ACER. The full transcript of this podcast is available at teachermagazine.com.au. That's where you'll also find the latest articles, videos and infographics for free.

What does the data say about attendance at your school?

As a school leader, what strategies do you have in place to improve student attendance?

Do you follow up with families to understand the reasons for unexplained absences? 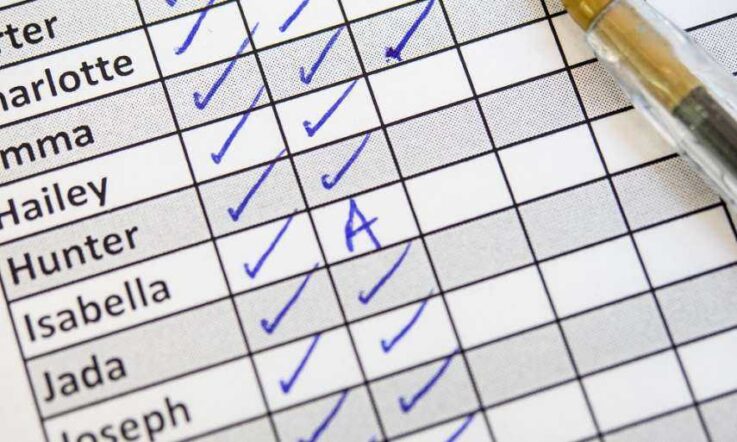 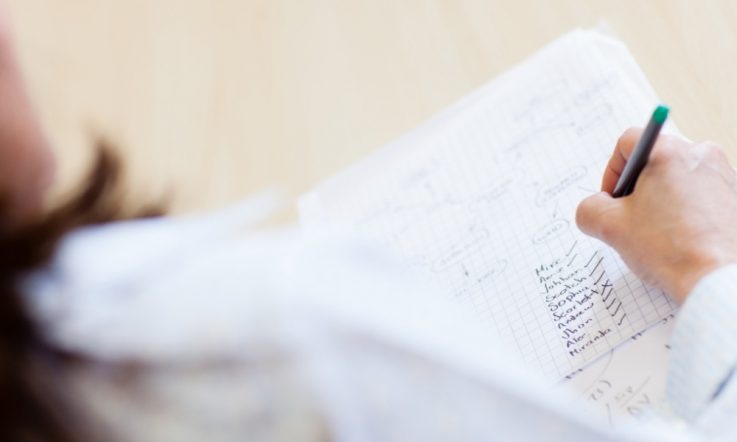