While job growth in science, technology, engineering and maths (STEM) in Australia continues at almost twice the rate of that of any other occupations, recruitment in these areas is more difficult than for other professions, with lack of technical skills or qualifications cited as the main reason (DESE, 2020).

Indeed, both internationally and in Australia, there is continuing concern about declining enrolments in STEM courses and a narrowing pipeline to STEM careers. An important factor in improving enrolments in STEM is ensuring the development of positive attitudes towards mathematics and science. Positive attitudes have been shown to be important not only for achievement but also in students’ decisions to continue studying these subjects (Wang & Degol, 2013).

Responses from 14 950 Australian students from 571 Australian schools revealed that, in general, students who indicated that they liked mathematics or science, were confident learning it and valued it, scored higher on average in the assessments than students who did not.

Attitudes towards maths and science

More than a third of Australian Year 8 students (38 per cent) reported that they strongly value mathematics, compared to 37 per cent of students internationally and 34 per cent of Singaporean students.

Compared to their female peers, Australia’s Year 8 males liked mathematics and science more, were more confident learning these subjects, and valued them more. However, females who had the same level of confidence, liking or valuing of mathematics or science as males scored at the same level, or higher than, their male peers.

Female students were more likely to expect an undergraduate degree to be the highest education level they will achieve, while males were more likely to expect to gain a non-university tertiary qualification, or simply complete secondary school. This reflects the reality of post-school education to a great extent – apprenticeships are still largely seen as a career path for males rather than females.

Of greater concern are the striking differences in aspirations for advantaged and disadvantaged students.

Around three-quarters (77 per cent) of students from an advantaged background expected to attend university, compared to one-fifth (20 per cent) of those from a disadvantaged background. The proportion of disadvantaged students expecting an undergraduate degree to be the highest education level they will achieve has declined sharply since TIMSS 2015, from 16 per cent down to 8 per cent.

A range of additional barriers (see for example Tomaszewski et al., 2017) has meant that disadvantaged students hold less positive views about tertiary education and are more likely than their advantaged peers to want to (or have to) earn an income immediately after completing secondary school.

They are also more likely to be disengaged from the education system because of perceived poor learning climate, which can have a profound impact on aspirations (Ainley & Ainley, 2011). 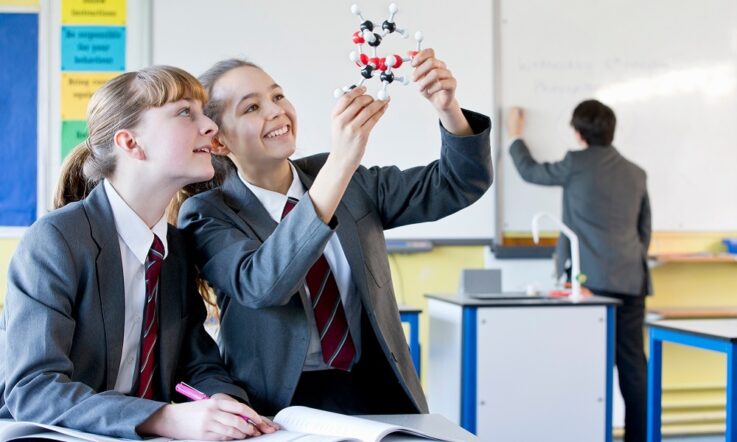 Strengths and weaknesses in maths and science 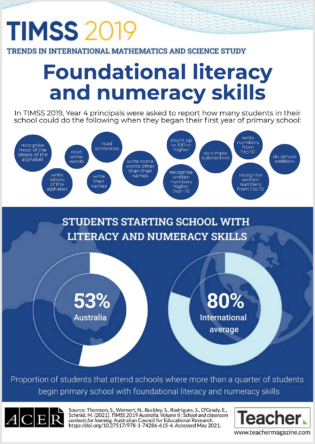