How did this action research project come about?

As a part of a whole school approach to improving student outcomes and teacher skills, Peer Learning Groups (PLGs) have been established at Craigslea State High School. Teachers individually or collectively identify a perceived area of need and work together to implement an action research project. As a biology teacher, I along with two other chemistry teachers decided that we wanted to improve the use of technology within our senior classes, particularly in relation to data collection in student developed experimental investigations.

Why did you choose integration of ICT resources as focus?

Integration of ICT resources into classrooms is essential in 21st Century classrooms and is one of the key principles underpinning the new senior syllabi that have been developed for Queensland. Consequently, it is important to ensure that senior students are exposed to a range of ICT resources to promote their learning and engagement. This is further articulated in the Australian Professional Standards for Teachers (2.6 ICT and 3.4 Select and use resources). As this is an identified need in classrooms, my peer learning group selected effective technology use to investigate.

What resources did you use initially for this project?

I used a spectrophotometer for Year 11 biology extended experimental investigations (EEIs), principally in the determination of chlorophyll levels. The integral element was for students to use the spectrophotometer to generate accurate results for effective data analysis. A spectrophotometer allows for the measurements of concentration of multiple ions, compounds and large molecules based on the selective absorption of particular wavelengths of light. The science department at Craigslea had initially purchased a spectrophotometer in 2015 and this was the first year I worked with the technology. This was our introduction to the resource as there had previously not been a spectrophotometer within the school as these are quite expensive, therefore only one was purchased. 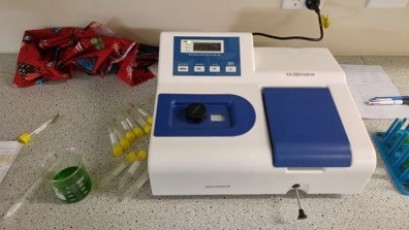 How did you and the students use the technology?

I was first introduced to the use of the spectrophotometer when a consultant came to the school and showed us as a group of science teachers how these could be implemented in the classroom. I worked initially with a small group of students on a six week-long project in conjunction with our mentoring consultant. The following year (2016) the PLG was formed to more specifically target the use of the technology with senior science students. This PLG then continued in to 2017 to greater success, with more students accurately using the equipment and effectively collecting data for their experimental investigations.

What was the impact and what did you learn?

At the conclusion of this research project, not only had baseline levels of use within the EEI amongst students been established, a set of improvement goals had been outlined. It was identified that to generate further success and improve upon processes already in place, that it would be imperative to conduct a preliminary session for students. This session would involve the students performing an experiment that would allow them to acquire the necessary skills to appropriately use the technology and increase familiarity with the techniques involved.

In 2017, with the help of the consultant who developed the protocols for using the spectrophotometer, we implemented a lesson where students were able to determine total chlorophyll levels of sun and shade plants and make comparisons. Students were then left to design their homeostasis experimental investigations within small groups with the choice to work with plants (spectrophotometry) or to research exercise physiology. An indicator of the success of the introduction of the spectrophotometer was the uptake of student groups designing experiments that incorporated the technology. Approximately 80 per cent of students in the class performed a spectrophotometry experiment – a significantly higher uptake than in the previous year when only two groups (25 per cent) engaged in a similar experiment. This indicated that having a greater prior knowledge of how to use the technology encouraged more students to implement the procedures in their investigations. The accuracy of the data collected also far superior to previous years, closely reflecting values outlined in the literature.

Did you do any follow-up work?

Based on the success of the Year 11 plan, it was decided that there needed to be an increased use of technology in the junior excellence classes to more adequately prepare the students for the senior curriculum. I had previously only briefly used PASCO probes that collect data in relation to a number of scientific variables, so there was an opportunity for me to learn more and to integrate this ICT resource into my Year 8 Science Excellence class. We also incorporated video analysis.

We had a variety of probes that were predominantly being used in the senior Physics and Chemistry curriculum, however, I had minimal experience with their effective implementation within a junior science classroom. As the probes are relatively inexpensive, we already had class sets of various probes available for use. 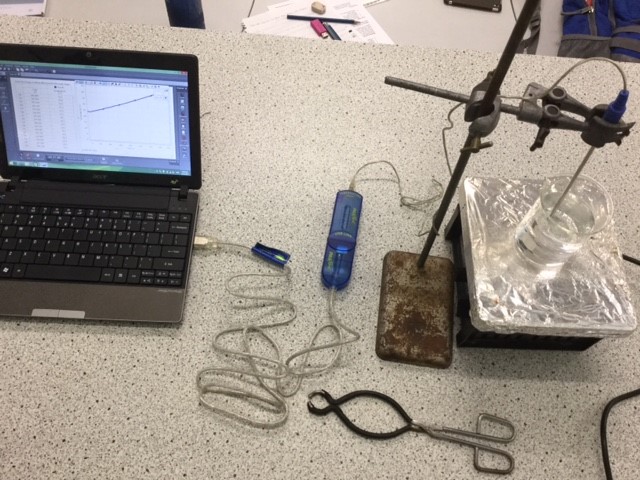 After a short in-service with a colleague early in Term 1, I used the temperature probes and the analysis software in a short Climate Change investigation. In order to demonstrate the effectiveness of the technology, the experiment was first conducted using thermometers and having students read the temperature and record this manually. In the following lesson, I introduced the students to the PASCO temperature probe and identified how the probe and the associated software worked and the students were quite impressed with the ease of use and the accuracy of the data produced (with readings given every second which they were not able to do themselves). Many of the students exclaimed: ‘Why didn't we just use this yesterday?!'

The same Year 8 class was then introduced to video analysis software on the same platform that they had previously used the probes. I was initially hesitant implementing this assessment item, as I had never in biology used this type of equipment before as it is generally the purview of the physics curriculum. After an in-service, this time from the E-Learning Head of Department, and many hours of playing with the technology myself to see if I had mastered its use, I rolled the technology out with the Year 8s. There were many students who immediately were engrossed with the technology and soared. However, there were also some students that did not engage as enthusiastically. This may have been because of my tentative nature in the explanation of the technology and that my problem solving skills in this area could only be seen as ‘developing' at best. However, students were able to produce accurate assignments that required them to analyse data and incorporate this data into equations to determine energy values. This would have been impossible to do had the video analysis not been used. 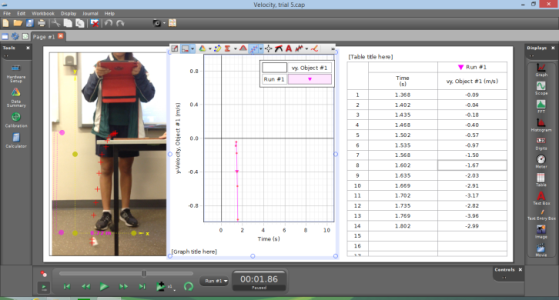 What are your own reflections on the project?

There have been improved outcomes for students in relation to the accuracy of the data collected and the significant benefit of analysing this data to draw appropriate conclusions. There are still a number of areas that require improvement on my behalf. I look forward in 2018 to again implementing the Year 8 video data analysis unit to better assist students. I would also suggest that, as a class, we perform an experiment (perhaps a bouncing ball) and analyse the data collectively first before students are asked to engage in the process individually. Further areas of interest and improvement would be with the implementation of the new syllabi, where there will be application and integration of technologies to support the curriculum. How this will work will be an area of action for the coming year – and one that will involve a number of challenges.

Think about the ICT resources available to you and your colleagues: Are they being used regularly or are they gathering dust?

Is there a piece of technology you would like to use in a forthcoming unit of work, but don’t feel confident enough to do so? How could you improve your skills in the use of this technology? Is there a colleague who has used the resource before who can give you some training or guidance?

Think about an ICT resource you’re confident in integrating into your own lessons. How can you share this expertise with your colleagues? 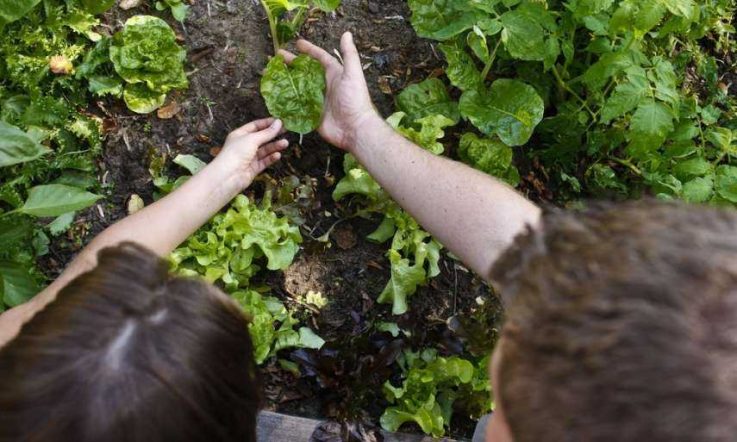 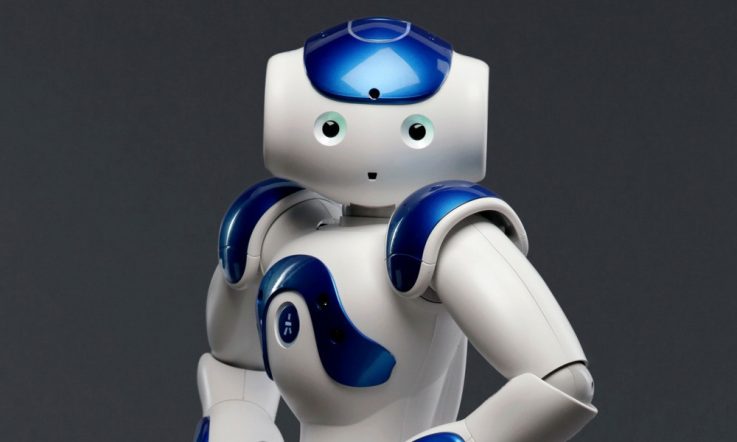