The new book STEM Education in Primary Classrooms uses research from Australia and New Zealand as a base for exploring how Science, Technology, Engineering and Mathematics are being integrated into classroom practice.

This exclusive extract for Teacher readers – taken from a chapter on informal spaces for STEM learning and teaching, by Angela Fitzgerald, Tania Leach, Kate Davis, Neil Martin and Shelley Dunlop – shares a case study of a successful STEM club at a Queensland School.

Located in regional Queensland, this school prides itself on the quality of their technology curriculum and extracurricular opportunities offered to all students. In 2015, Jay, a motivated early-career classroom teacher with a keen interest in digital technologies, noticed that during lunchtime supervision, some students with autism spectrum disorder (ASD) struggled to socialise, which often resulted in conflicts between students. He decided to use his lunchtime supervision to provide an alternative to these students. As a result, library lunchtime coding activities were offered. Initially, students with ASD and other disabilities engaged in independent computing coding programmes using Scratch and Coding.org, where they moved through levels and attained certificates of completion. The positive participation within these activities was noticed by school staff and students, and as participation increased, an informal STEM Club emerged. The school principal and Jay saw the growing potential of the club to complement their school-wide implementation of the new, digitally focused component of the technologies curriculum (e.g. as part of the Australian curriculum) and the club was formalised and renamed the STEM Shack. Jay's formal lunchtime supervision allocation was used to offer the opportunity to all students during two 40-minute lunch breaks per week.

The STEM Shack profile grew through the school's participation in a digital technology launch project, which encouraged Jay to identify issues that may prevent the club from moving forward. From this, he identified that technology in his school community was viewed as the enemy of physical activity, that kids were going to be sitting on computers not being active. Jay decided to dispel this myth and initiated a formal communication strategy through the school newsletter and information sessions to help the community understand what technology is and why it is important and enjoyable to students. This strategy increased the club profile and highlighted the positive engagement and learning that was occurring through the STEM Shack. The community saw the value, and parent helpers approached the school to volunteer their time. This was quickly followed by other schools visiting the club to observe the positive student engagement, structure and informal STEM learning outcomes. As outside interest in the club grew, staff at the school began to visit the club, often returning to build their own professional knowledge by participating in the coding courses. In 2016, student interest exceeded the available resources, which resulted in formalising student participation into two semester intakes. Students who had not participated in the previous semester were prioritised, with a maximum of 27 students participating per intake.

With a focus on positive participation, socialisation and coding skill development, the structure of the STEM club has adapted to meet student interests and engagement needs. As a result, the STEM Shack structure and offerings have changed. Jay described it as a ‘space where kids can work on a variety of different things related to what we do in school and what they're interested in'. This is reflected in the structure of the STEM Shack, which now, with the assistance of parent helpers, offers two simultaneous areas:

In addition to this, Jay has established two afterschool programmes. This first programme is Code Red, where students engage in collaborative construction-based activities using Minecraft: Education Edition and programming using Scratch or Code.org. The second programme targets older students and is focused on learning to fly drones. Jay and his parent helper (who is a computer programmer) have created their own programme where students are taught the basics of flight (informed by understandings of physics) with small challenges to complete. The club has a flight simulator that students use to obtain their drone licence. Once obtained, students are equipped with the skills to fly nano-drones for fun.

Jay's positive approach to resourcing the STEM Shack has resulted in a large variety of coding and programming kits being used. By beginning small and continually reflecting on how the students engage and what they are interested in, Jay was able to use free coding resources, access government grants and strategically align the STEM club resources with the school's technology curriculum needs to use school funds. As a result of this, the resource bank has grown significantly to include a range of robots and programming kits that cater to a diverse range of students. Jay sees this as a great opportunity for other teachers in the school to include some simple computer programming and coding activities into the classroom and has observed a positive shift in the way other staff see the technology curriculum area as well as how supportive they are of the STEM clubs.

Aligning the STEM club with the school's technologies curriculum has allowed the STEM Shack to be a more student-centred space, where students have opportunities to use what they know, to be creative and create their own things. Jay acknowledges that in the formal technology curriculum, learning with the classroom provides scaffolded learning, which allows the STEM club teacher to be more of a facilitator. Using a health check as a basis for continual reflection and refinement has provided Jay with processes for linking the school priorities to the STEM clubs, so that these informal learning opportunities have become an integral part of the school's identity. Moving forward, Jay sees the growing potential to expand the opportunities for students to innovate in the digital technologies space and is mindful that this needs to be balanced with the provision of targeted resources, time and space to collaboratively develop the skills and confidence of parent helpers and school staff. As Jay says, there are no limits to what a STEM club can offer. Schools can start a STEM club with little funding; it just requires one person who is interested and focused on ensuring that whatever is offered has a positive impact on students.

This case highlights the role that STEM clubs can play in the meaningful engagement of students with diverse learning needs and how intentional STEM-focused skill development can support positive participation, socialisation and inclusion. A real opportunity present in the approach used by the STEM Shack was a sustained effort over time to bring the school community on board and build the necessary resources to fully operationalise this club. The challenge implicit in this approach, however, is the necessary passion and energies required from one central person to drive this initiative and adopt STEM-based activities as a context for school-wide change. 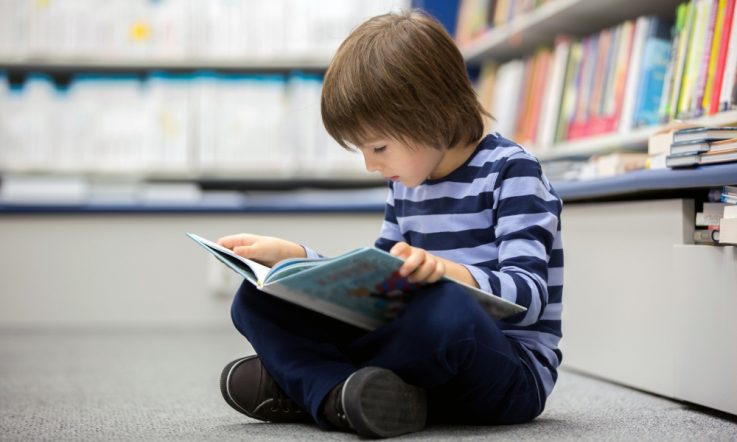