The Research Files Episode 20: Recruitment and retention of Indigenous educators

Hello, thanks for downloading this episode of Teacher magazine's Research Files podcast series – I'm Jo Earp. The More Aboriginal and Torres Strait Islander Teachers Initiative (MATSITI) is a four-year Commonwealth-funded initiative aimed at improving the recruitment and retention of Indigenous teachers and leaders in Australian schools. The project ends this month and an Evaluation Report looking at the impact and effectiveness of MATSITI has just been published. The chair of the evaluation panel, Peter Johnson, joins me in today's episode to talk about underrepresentation of Aboriginal and Torres Strait Islander peoples in the profession and the report's findings.

Peter Johnson: It's good to be here.

JE: There's lots of literature isn't there supporting the benefit of Aboriginal and Torres Strait Islander students being taught by Aboriginal and Torres Strait Islander teachers. Before we talk about some of the practical projects and those benefits that MATSITI led to, can you outline the extent of the issue – what did the statistics say at the time?

PJ: There's a lot of history in this. To backtrack slightly, the evaluation panel thought it was essential not just to look at MATSITI but to look at why MATSITI actually happened. So, we went back to the 1979 National Aboriginal Education Committee-commissioned report, which was done by Paul Hughes (who is now involved in the MATSITI project) and Eric Willmot. They identified 72 Aboriginal and Torres Strait Islander teachers in Australian schools at the time, back in 1979/80. The report set an aspirational target of 1000 Indigenous teachers by 1990. Since that report, you can find any number of government committees, working parties, conference resolutions, policy documents that have acknowledged the issue of underrepresentation and have made recommendations about action that should flow from it. So it was building momentum, obviously, for a number of years – 30 or so years.

JE: Moving on to those 'practical ways' that I mentioned earlier, of improving the number of Indigenous teachers, there were 57 projects over the four years of MATSITI, which ended this year. Can you tell us a little bit about some of the successes that you found?

PJ: There were many successes within those 57 projects and they were across a range of strategies … promotional recruitment activities, mentoring models, leadership programs.

The Australian Council of Deans [of Education] (ACDE) did two major pieces of work – they did a Phase 1 and Phase 2 project, and what they looked at was the fact that only 33 per cent of Indigenous students entering teacher education were actually completing those courses.

PJ: .. 33 per cent. So they had a real issue with the retention of students in those courses, and when they dug deeper into the reasons behind that – and one of the other universities actually did a separate project on it – they identified ‘walking points', which were points where a student was more likely to leave the course and walk away. They were first year programs or times when exams were coming up and they had other pressures on them, or professional experience itself – which could be quite confronting if they were going to a school that wasn't what you might consider ‘culturally safe'.

The ACDE looked at having better communication in the universities between the teacher education faculties and the Indigenous higher education units to ensure that there was better communication, better connectivity and that they understood the students that they had on their courses. They looked at the models of their programs and their teaching styles and there was this element of what, in some of the literature, was called ‘white power', which reflected in the Western teaching methodology that was there, which wasn't conducive necessarily to some of the Aboriginal and Torres Strait Islander students.

The Queensland Department of Education and Training did a fairly major rejig of their promotional recruitment activities there. They already had a program called ‘Make a difference. Teach' and they used that framework from that program to implement one called ‘Deadly teachers make a difference' which had an Indigenous flavour. … One of the most crucial things that they also did was to have a Teach Team, which used a group of teaching ambassadors, Indigenous teachers who could be available and go out and talk to groups and just relate their experiences. So, it was very effective.

University of New England used exit surveys to actually have a look at those ‘walking points' and to find out the real reasons why students were leaving their courses and walking away from a career in teaching. Probably the most critical factors they found were: students having times when they needed financial support, or where their own circumstances needed to be recognised culturally. So, they may have been not present during exam times because of Sorry business, or something else that was reflecting on them at home, they may have had other responsibilities that they couldn't let go and so they had to probably give that priority and that then impacted on their studies.

And, the last one I'll talk briefly about is the New South Wales Department of Education ‘Join Our Mob' project. It had a range of careers forums across places in New South Wales where there were high proportions of Aboriginal students in particular and it involved Indigenous teachers and leaders in those careers forums. It offered 80 scholarships annually, and still does. And with those scholarships came a guaranteed permanent job at the end of the scholarship period and the end of their training; and it also provided them with mentoring support to get through their studies and in their initial year of teaching.

JE: Ultimately I suppose, one of the main measures of success is in the numbers – what does the latest data show?

PJ: It's very encouraging. Ernst & Young were commissioned by MATSITI to do two collections – a collection based on 2012 data and one based on 2015 data. They compared that and what they tried to do was get data from every school jurisdiction in Australia. They weren't successful with that but they did get enough to be able to make some fairly good assumptions from that data.

The most intriguing figure was that 743 teachers because to say over a four-year period that MATSITI made a complete difference and generated more teachers out there might be a long bow because of the short period of time and the time it takes to build a teacher and to get them into schools. But when you look at 743 teachers who did not identify in 2012 for some reason but were identified in 2015 it's encouraging. It could be a number of things: it could be better recording processes by the jurisdictions, could be them being able to finally ask the question and encourage people to identify, and probably I think the most positive aspect is it could be because of heightened awareness around the issue by MATSITI of cultural safety – it could be that some of those teachers felt more comfortable in identifying by 2015 than they did in 2012.

Probably the most disappointing figure that was within that data was the fact that there were 17 female Principals who actually left and couldn't be tracked in the 2015 data. Now, that may have been because they retired or decided that they were going off to experience other things, then again it might have been other issues that impacted on them in the job. It would be very interesting to try and track those 17 female Principals and find out more about them.

JE: Finally then, where do we go from here then? What should be happening now?

PJ: In the recommendations, what we focused on were some main things. One was that we believe that MATSITI had set up such a momentum over four years that it deserved another four years. … Any projects coming out of that should be evidence-based and should really reference the work of the past four years to see what really worked and how we can progress that over the next four years.

… We looked at the prospects of a national promotional recruitment campaign … we also proposed that the Commonwealth Government award 100 targeted scholarships each year. And the other point that we also recommended fairly strongly was that the government should look at and work with the relevant stakeholders to make provision within legislation in industrial agreements to provide preference for employment for Aboriginal and Torres Strait Islander people.

JE: There's an awful lot of detail in that evaluation report, you've produced a couple of things – an executive summary version, a shorter version and also the full report – and we'll put those links on the website with this podcast. But for now, Peter Johnson thanks very much for joining The Research Files.

PJ: Thank you and thanks for the opportunity.

You've been listening to an episode of The Research Files, from Teacher magazine. To download all of our podcasts for free, visit acer.ac/teacheritunes or www.soundcloud.com/teacher-acer. To find out more about the research discussed in this podcast, and to access the latest articles, videos and infographics visit www.teachermagazine.com.au.

For more information about MATSITI and individual projects, and to access the evaluation report, click on the link. Increasing the number of Indigenous educators 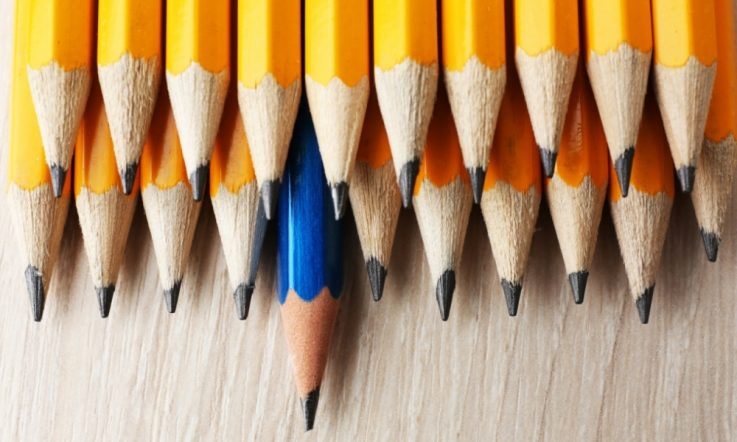