To mark the end of another fantastic year, the Teacher editorial team have taken a walk down memory lane to share some snippets from their favourite podcasts for 2016.

JE: Welcome to this special edition. The school holidays are finally here – can you believe it?

RV: No, this whole year has flown by! To mark the end of another fantastic year, we thought we'd take a walk down memory lane and share some snippets from our favourite podcasts.

JE: That's right! Now to kick things off then, I've gone back to a podcast from earlier this year with Professor David Lynch and he's from Southern Cross University here in Australia. We had a chat about a five year pilot study, which was actually at a Sydney primary school and it was about creating an outstanding school. Here's one of my favourite grabs from the podcast – it's all about the challenges of leadership, and the challenges in particular of making those tough decisions.

David Lynch: It's interesting when we think about the principalship. We examined teacher attitudes towards the leader across the five years. In the pre-study he was getting [around an 80 per cent satisfaction rating]; by the time we'd got to about half way through the study it had pretty much got to around 60 per cent unsatisfied and 40 per cent satisfied. This is a really interesting phenomenon because as the school was improving if you like, the satisfaction with the Principal was diminishing.

We concluded from this basically that the Principal was having a lot of tough decisions he had to make. He was very much challenging what we would call 'the mythology' of teaching in the school – in other words, when teachers were doing certain things and the data was not supporting it, nor was the research evidence, he had to go along and say 'we no longer do that in our school'. And we assume that essentially that had an impact on that.

RV: Then there was the time when you spoke to Rosemary Johnston from the University of Technology Sydney about reading for pleasure. I have to admit that was one of my favourite podcasts!

JE: Mine too, I really enjoyed that chat. She spoke to me about the results of a study into reading, and the implications for schools and families.

RV: Fantastic! Now Jo, another really popular podcast this year was your chat with Denmark's Dr Kevin Anthony Perry about a collaborative research project he did exploring classroom wellbeing, learning and inclusion.

JE: Yep, when I think about it I've spoken to some really interesting people this year. Now I caught up with Kevin Anthony Perry at the Excellence in Professional Practice Conference – that's an annual conference held by ACER – and we actually did the interview in a snooker room, a pool room, because it was nice and quiet in there. And we had a chat about some of the findings from his research, like you say, into classroom wellbeing, learning and inclusion.

RV: Wellbeing has been such a huge issue this year! We've explored the topic from the perspective of both students and teachers in so many articles, haven't we?

JE: Yep. Now, one particular podcast, we looked at the impact of the messaging app Snapchat in education settings, specifically in schools, and how schools are responding to issues such as cyber bullying and texting.

RV: Yes, I remember! The researchers found that it could have quite a negative impact on student wellbeing. Let's have a listen to some of that chat…

Jennifer Charteris: So, young people can experience shame and humiliation around incidences of cyber harassment and cyber bullying. Particularly young women, because there are double standards around girls' sexuality and so young women can experience quite a bit of shame and humiliation when these images get disseminated. We've also heard of incidences of coercion where young girls have pressure put on them to record and disseminate images that are sexually explicit. This can be very difficult for schools to cope with when the incidences spill into classrooms and into schools.

JE: That's Jennifer Charteris there talking about the messaging app Snapchat. Finally then, let's go to an interview that you did Rebecca, remind listeners, just a brief overview of your chat with John Malouff.

RV: Yes! I had a chat to him about his study into bias in grading, and whether schools can do anything to minimise bias in the classroom. Here's a bit of what he had to say…

John Malouff: It's sometimes hard to convince teachers about this because they would swear in a court of law that they're fair, that they're unbiased, and they may think that but it may not be true because these biases are unconscious and there are a lot of studies outside of what we covered that show that when you do any sort of an assessment, whether it's who you're going to vote for in an election or who you're going to hire or who you would favour hiring, there are biases that creep in that we don't know about.

JE: That was so interesting, I really enjoyed that chat. I know from my time as at teacher grading and assessment and making sure that you have consistency between staff was one of those real challenges. That was one of my favourites from this year.

RV: Yeah, and I just want to remind listeners that these are just a sample of some of the podcasts we've done this year, but all Teacher podcasts can be found at our website www.teachermagazine.com.au.

JE: That's right, so if you have missed out on an episode of The Research Files which is our monthly series, or Global Education, School Improvement, we've also done a series on Action Research and of course the ever popular Teaching Methods series, then it's really easy to get up to date. And big news for next year is that we'll be adding another series by popular request on Behaviour Management so keep your ears open for that which will be coming in Term 1 for Australia – that's February 2017.

RV: So exciting! And remember you can also download all of our podcasts for free, just visit acer.ac/teacheritunes or head to www.soundcloud.com/teacher-acer.

JE: You say that so much better than I do! Finally, thanks to anyone who has listened this year. For now, it's goodbye from the Teacher editorial team!

Do you have a favourite Teacher podcast from 2016? We’d love you to share your thoughts with us via our social media channels or by emailing us at teacher@acer.edu.au. 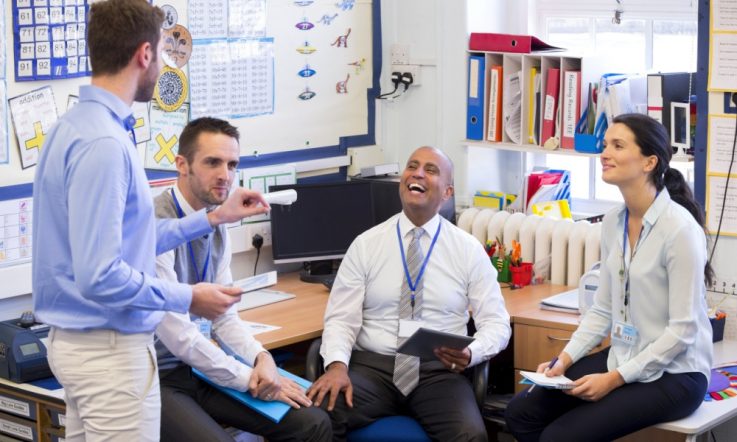